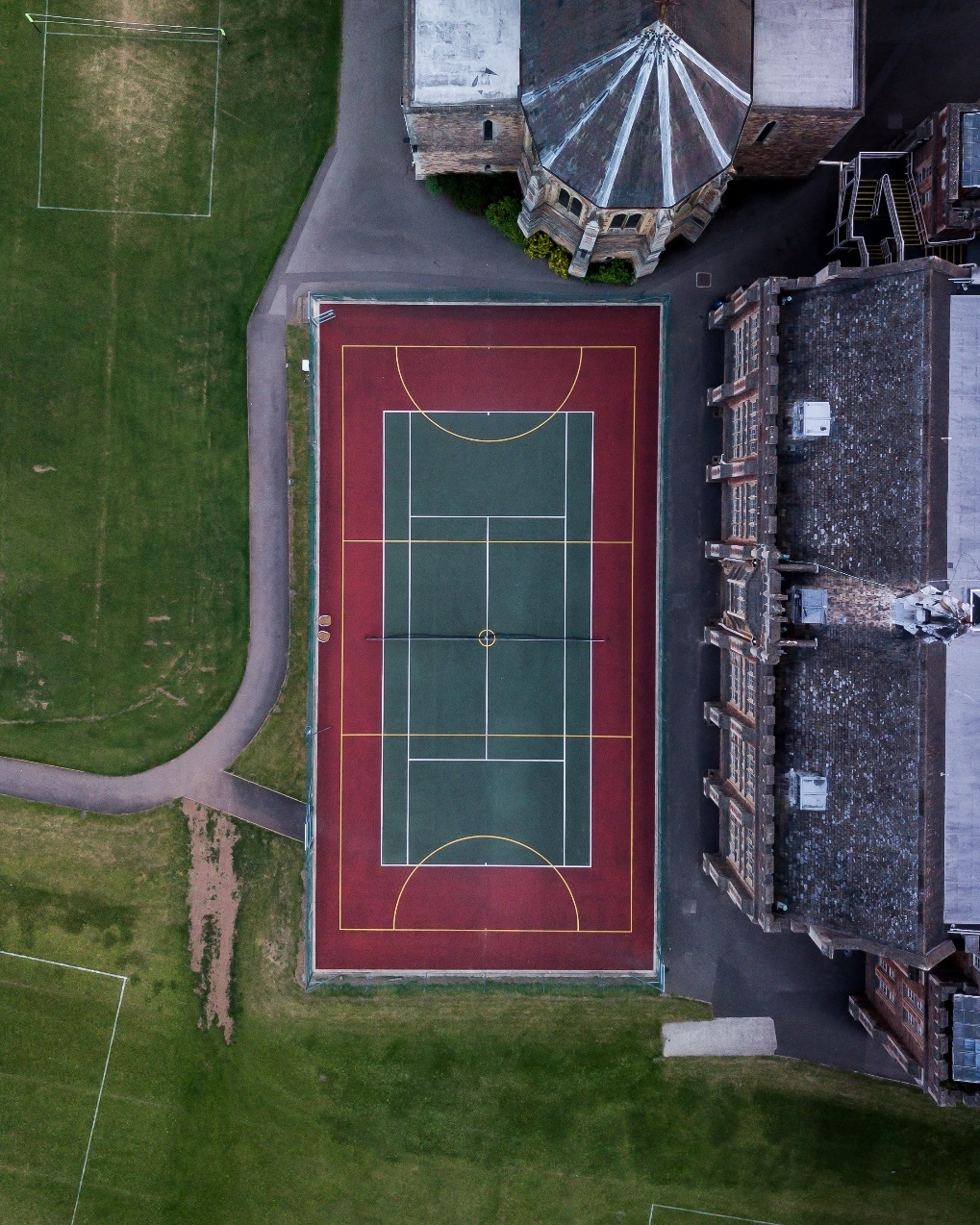 Often considered one of the brightest jewels in the crown of tennis, the Wimbledon is one of the oldest tournaments of the sport. It has produced some of the finest athletic performances of the sport and is considered the hallmark of grass-court competitions bar none. From a betting perspective, there’s a lot that goes into it, but one thing is for certain—bettors love the Wimbledon. Great prestige brings in a large crowd which in turn amps up the profitability of the event itself.

As a sports bettor, you’d benefit heavily from investing in the Wimbledon to make some money. Here’s all you need to know as you use the top tennis betting sites:

Men’s Players to Wager On

Fresh off a controversy at the Australian Open, it didn’t take long for Nola to remind the world why he’s one of the most dominant forces in all of tennis. Djokovic was in sublime form at the 2022 French Open and ended up on top, putting on an incredible display of athleticism. If being in form wasn’t enough, the numbers back Nola as well.

He has a staggering 89% win-loss ratio at the Wimbledon and 6 wins under his belt already, being the most competent player in the tournament in recent years. It’s safe to say he has the best odds among the men on most sports betting odds sites.

Medvedev made big waves in the tennis circuit in February 2022 when he became the first person since Roddick in 2004 outside of the Big Three to hold the number 1 position. While his stats may not be the most spellbinding ones out there, Medvedev is only 25 years old and shows incredible promise and a solid foundation in the game, which has propelled him to the top spot. 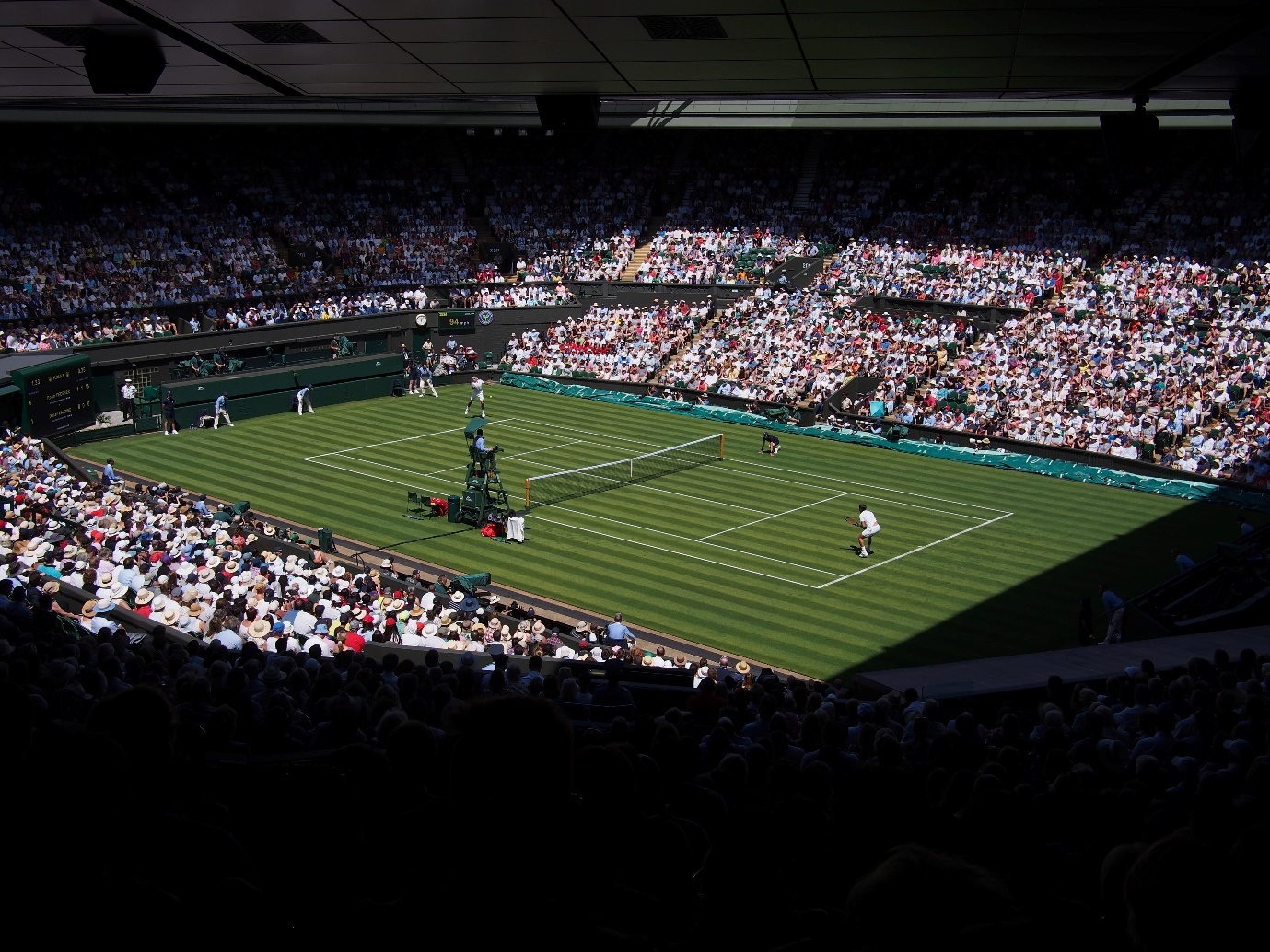 He made it till the 4th round last year, and he’ll be desperate to go beyond and lift that title. But he’s got his work cut out for him despite what most betting sites say. The best sportsbook sites will list high odds for Medvedev.

Another young talent that might be worth your time and money is Alexander Zverev. Zverev recently won gold at the Olympics, beating out Karen Khachanov. His numbers on grass courts look fairly solid for a player of his age and skill, and he will likely be giving his opponents some heat.

Most importantly, he made it till the 4th round in the previous iteration, which is a clear indication that Sacha has some competence on the grass court and will be looking to put in everything to stretch towards that title.

The ranking would be very different if the court in the discussion was clay, and Rafa would be at the very top. While many pick on his grass performance too much, the reality is that he has an 82% win rate at the Wimbledon with two wins. It’s just that he’s too overpowered on other surfaces, which doesn’t negate the fact that he still has a great shot at taking home the title if he’s done his homework to adapt to the conditions that await him.

He’s been on quite the run recently, often being the man to beat across the various tournament he’s featured in. Knowing which players offer the best value, along with the right professional betting tips, will help bettors out.

Women’s Players to Wager On

The 23-year-old Belarusian sensation has been the talk of the tennis world, and not just the women’s category. With Ashleigh Barty out of the picture, ArynaSabalenka has shot to the top of the odds in the women’s category for the Wimbledon. And the claim isn’t without any substantial evidence, as Sabalenka made it to last year’s semifinal, showing great grit and promise on the grass court.

Sabalenka’s playstyle revolves around powerful serves, which is a clear indicator of her success on grass and why she’s such a great pick for the Wimbledon and has high odds on most online sports betting sites.

BarboraKrejcikova doesn’t have a Wimbledon win under her belt. But she’s an Olympic Gold medal winner, an eight-time Grand Slam champion, which is a complete picture of the skill that the Czech brings to the court each time.Krejcikova made it to the 3rd round last year, showing solid skills with strong serves that favored her until she was ultimately knocked out of the tournament.

2022 has been great for the Czech star, and she’s managed to reach the final of the Sydney International and the quarterfinals of the Australian Open. She’ll be looking to turn these near-wins into an actual victory on the big stage.

Many believe that IgaSwiatek has a lot cut out for her, but the current world no.1 has shown excellent promise over the years. The sampleset for the Polish prodigy is much smaller, especially for the Wimbledon, but her last run was memorable as she made her way until the 4th round of the tournament.Swiatek has proven that being young shouldn’t rule out a player from being considered among the top brass of the sport.

Swiatek has what you’d look for on grass. Topspin with a great serve and an all-court play style that keeps you on your feet with a high bounce. 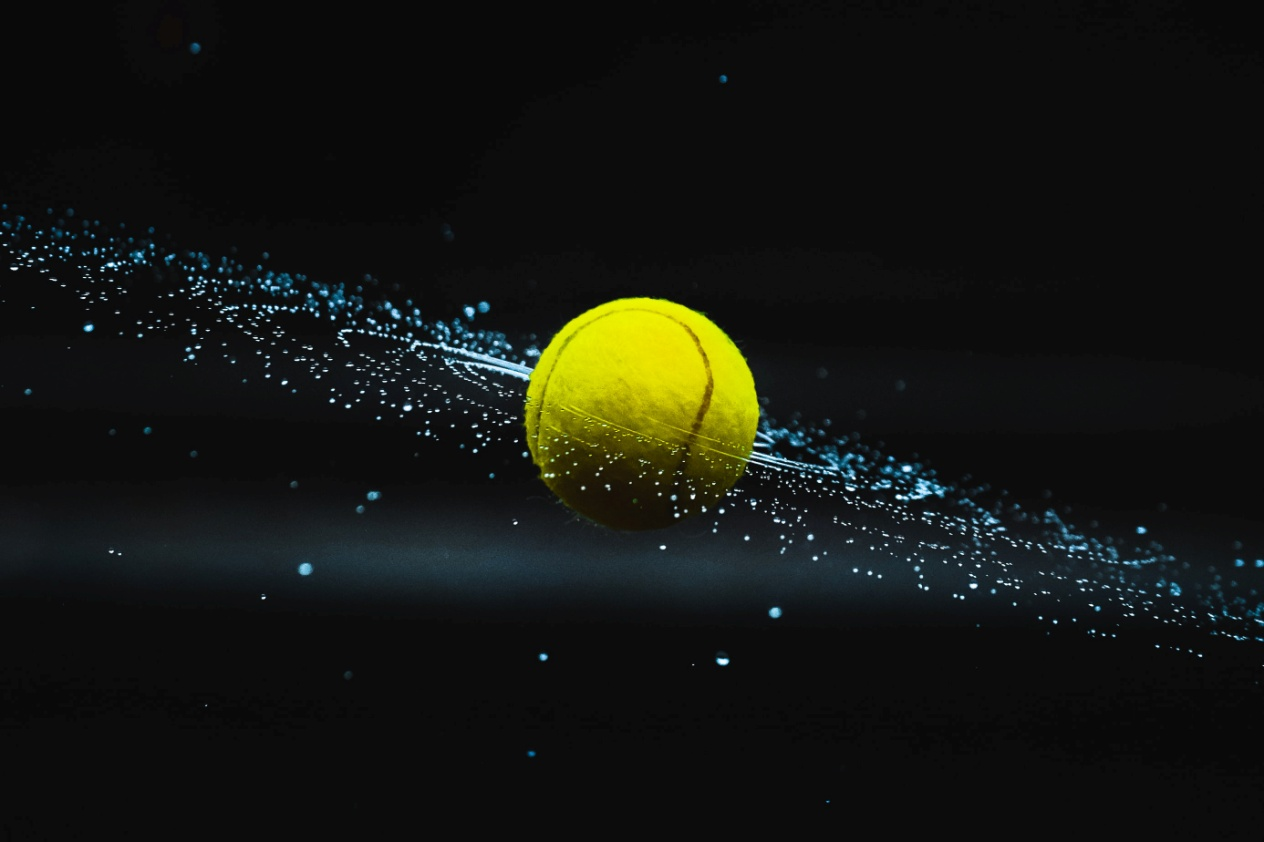 Wimbledon Markets You Can Bet On

The go-to option for betting in tennis is the Moneyline market. Tennis has no ties involved, and the Moneyline wager is focused entirely on determining who the winner of a particular fixture will be. All you have to do is bet on who you think will win the game. Similar to traditional betting systems, the Moneyline system dictates who the favorite or more likely player to win the fixture is by listing their odds with a negative (-) sign.

The underdog or less likely to win will have a plus (+) sign next to their odds. You’ll notice that the more likely a player is to win the fixture or has the best odds, it’s generally less profitable to bet on them.This is the most common option on tennis betting sites.

In a game spread bet, the player that you wager on has to cover their spread throughout the match with the number of games they win. Let’s take the example of a game where Nadal (+4.5) is playing against Novak Djokovic. In such a case, as long as Nadal doesn’t lose by more than 4 games throughout the entire match, you will win the wager if you bet on him. Whether he loses the game by straight sets, the wager will still work in your favor.

Set spreads are easier than game spreads but follow a similar idea. Generally, you’ll see set spreads ranging from 1.5 to 2.5. Suppose Federer playing against Murray was listed at (-1.5), Federer would have to win the game in four total sets or less for you to win the wager if you bet on him.

In tennis, betting over/under on a game isn’t about the total number of points in the game but how the length of the game i.e., the number of matches the game will feature.A tennis match can be either a best-of-three or best-of-five sets. A player needs to win six games by a margin of two games to win a set. On the occasion of a game being tied 6-6, a 7th one will be played.

The over/under line varies depending on how evenly tied the players are and their playstyle. Evenly matched big-name games tend to last much longer due to the smaller skill gap between the players. 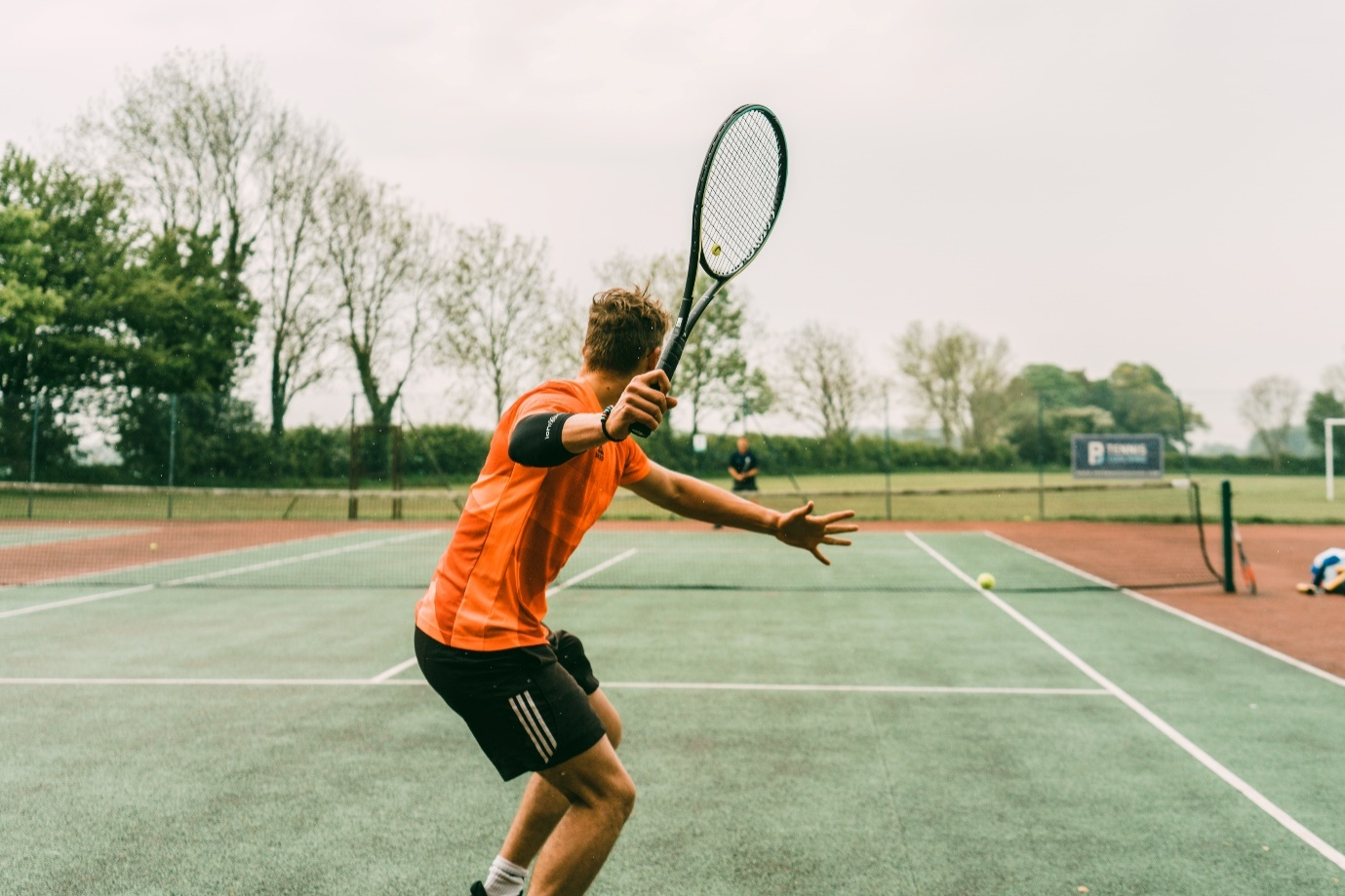 These are generally smaller bets, and the most ardent bettors that watch the sport regularly tend to participate in these options to get more enjoyment out of the sport on secure online betting websites.

Live betting is another exciting market within tennis betting markets. Here, you’re allowed to bet on games that are taking place in real-time, which is why this form of betting is often called in-play betting. Due to its dynamic nature, the odds and markets featured in live betting update fairly regularly. You’ll see new wagers available for betting as soon as one of them is over.

They’re an exciting way of keeping things interesting throughout a game and potentially walk away with some hefty earnings if you manage to make the right wagers. Betting live is easier than ever and bettors are encouraged to make the most of it.

Futures betting is another common option, often opted for by those that tend to make long-term predictions rather than focus on each fixture across the tournament.Futures betting is heavily followed across the various Grand Slam Tournaments, and the Wimbledon isone of the biggest, is no exception.

You’ll notice all of the top-ranking players in the world with the highest odds but also the lowest payouts for success.Many consider these to be the best betting offers, especially for passive fans of the sport.

Big Servers Have an Advantage

Big serves are considered the trump card at the Wimbledon because the fast deliveries are harder to return. The grass is slow but has a bouncy nature so serving breaks can be fairly inconvenient for players at times. If you win your serve, the worst-case scenario is the set heading into a tiebreak.

You’ll notice how sportsbooks and oddsmakers will focus already on those players that are big on their serves, but if you’re a regular tennis bettor, you will benefit from focusing on all the big servers on grass. You might not see such great odds if competent serving players are facing each other, but in other cases, hoping for a tiebreak could be fruitful. You may also have some advantage by wagering on an underdog that’s good in the serving game, winning a set by 7-6. 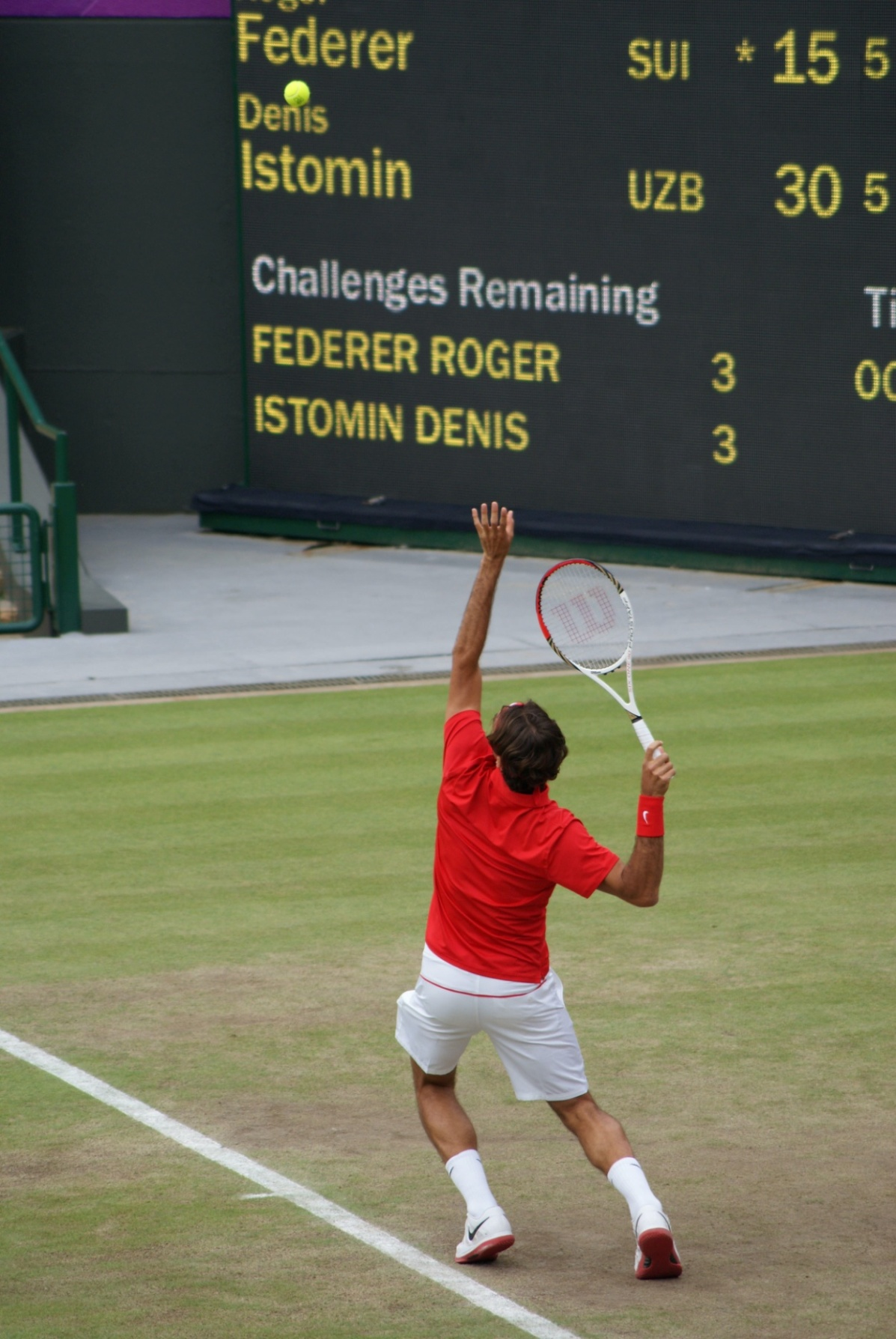 Some Just Do Better on Grass

The surface makes all the difference in the world of tennis. Gone are the days when certain people couldn’t play professionally well on certain surfaces, and a few players still struggle with grass surfaces. To quote Manuel Santana, a winner of the Wimbledon back in 1966, “grass is for cows.” While this isn’t set in stone, clay courts operate quite differently from grass. One great example is the King of Clay, Rafael Nadal. Nadal is magnificent on clay but has only won the Wimbledon when he was at his peak and still struggles on grass.

Do your research about all of the players that notoriously tend to struggle on grass. Because of the hectic schedule, many players don’t get ample time to set their game to work on the grass court. These are the players that you’ll be wagering against.Make the most of the skewed sports odds for your needs.

By focusing on the variables that dictate how a player can excel against their opponent on grass, following the form of those players and the various updates from around the tennis world, bettors can significantly improve their chances of making better wagers on their Wimbledon bets.

With the tournament set to take place in June, this is ample time for bettors to start doing their research using the internet and its various forums. Many consider the Wimbledon to be the biggest tennis event, so expect big payoffs if you make the right call. All you have to do is find the world’stop betting sites online with the help of Betting Sites Ranking for your online betting games.

Betting Sites Ranking is your guide to the top 10 betting sites in the world, including those that are serving bettors in your region. You can find recommendations for 105 countries, giving you the chance to participate in online betting games and more on licensed, reputable websites. Whether you’re planning to bet on sports onlineor are interested in esports betting, there’s something for everyone on Betting Sites Ranking for sports betting legal countries.

Ensure that you’re registered on sites that are offering betting options in your country, provide good value for your money, and the right number of fixtures you’re interested in to bet properly.