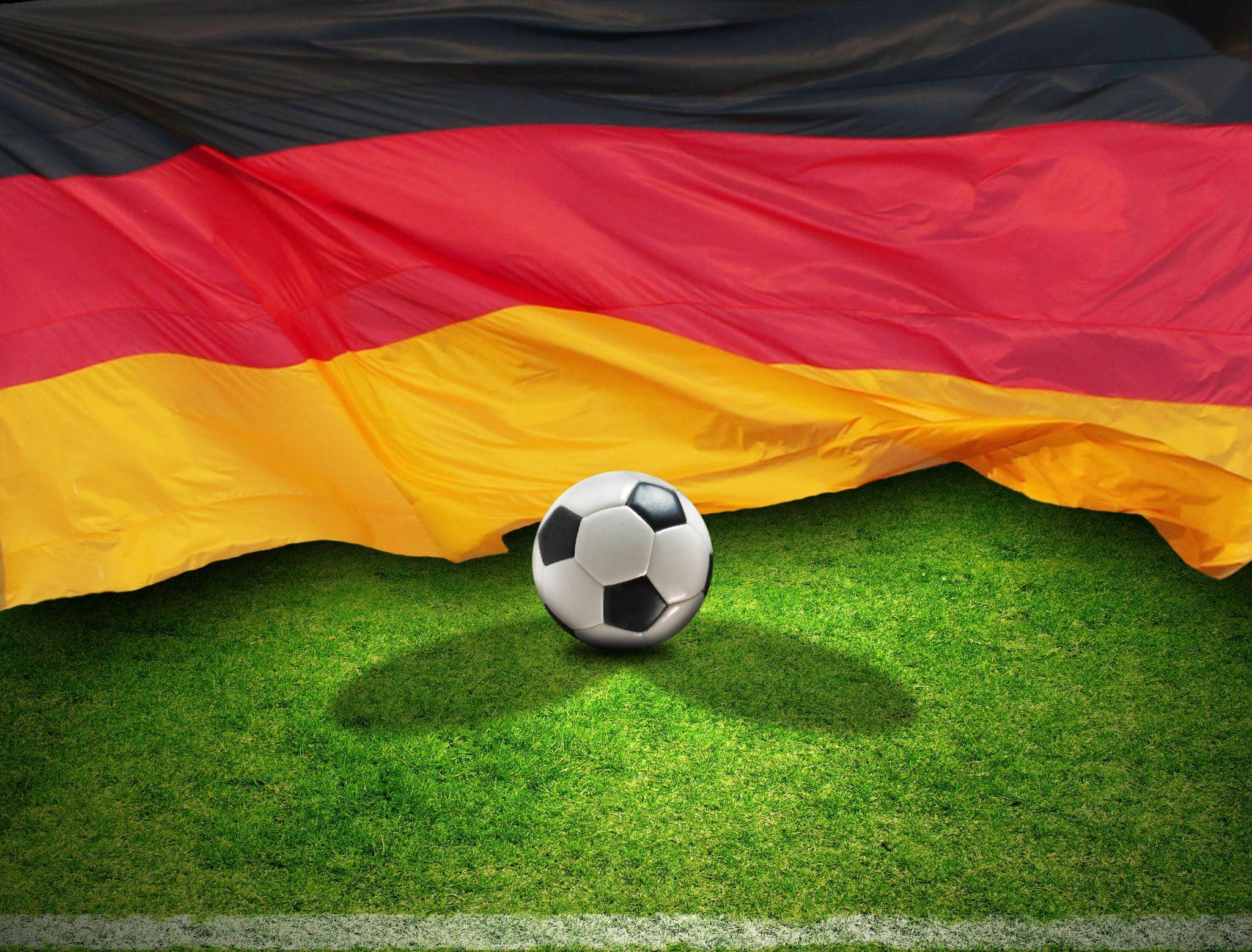 World Cup Betting Guide – Everything You Need to Know

The FIFA World Cup is arguably the biggest and most anticipated sporting event in the world. The FIFA World Cup final between France and Croatia got 1.1 billion people to tune in, averaging 517 million viewers.

Football or soccer is the most popular sport on this planet, with 4 billion fans around the world. Every four years, football fans gather to watch the best footballers from different countries battle in the stadium for the World Cup Trophy. The next edition of the FIFA World Cup will be held in Qatar in 2022 winters.

Betting on a football tournament that takes place every four years means more and more fans want to get their hands on the most lucrative betting opportunities. For novice bettors, this is a time to prepare, research, and understand how World Cup betting works. With the help of this guide, all kinds of sports bettors, new and experienced, will find something of use when they set out to bet on the World Cup 2022.

The first FIFA World Cup tournament took place in 1930 under the rule of Jules Rimet, former FIFA President who was the reason this tournament was born and the trophy is named after. It’s an international tournament for men’s football. In the very first tournament, Uruguay was the hosting country, and 12 nations participated to win the trophy.

Over time, the tournament has undergone several changes in the format. The number of teams was 24 in 1982 and then 32 from 1998 onwards. From 2026 onwards, 48 nations will be participating in the tournament. The competition will only get much more exciting. Australia is currently the only continent where the World Cup hasn’t been held yet.

The upcoming World Cup will feature 32 teams who would be competing in groups of four. These teams are divided into four different pools. They are divided according to their FIFA World Rankings. A draw is held where the teams in each group are decided.

The host, Qatar, for the FIFA World Cup 2022, and the first seven teams on the ranking are placed in Pool 1. The next eight teams on the ranking will be in Pool 2, and the same process continues. The draw and pooling process for the Group Stage could be confusing because teams representing the nations from the same parts of the world can not be in the same group.

However, because most teams are from Europe, some groups will end up having more than one European team. Every group will have four teams, and each team will at least play three games.

In the Group Stage, teams compete for the top rank. If a team wins a match, they get three points, and if both the teams draw, they get one point each. After three games, the top two teams with the highest scores will advance to the Knockout stage, whereas the bottom two teams will be eliminated from the competition. If two teams are tied at the same points, goal differential acts as a tiebreaker. 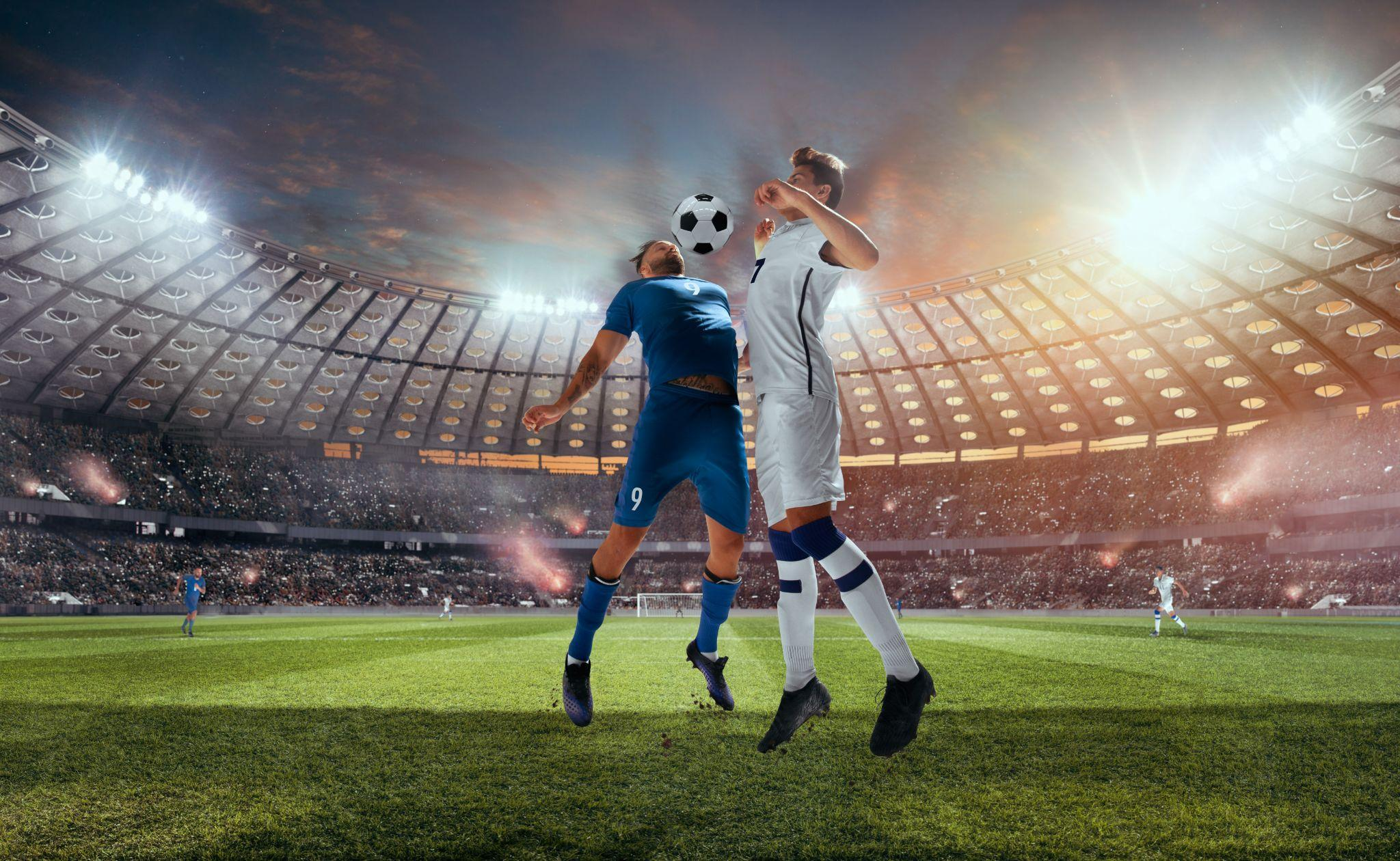 Two teams from each group progress and advance to the knockout stage, which means 16 teams are now left in the tournament. The matchups in the Knockout stage depend on the teams and their standings at the end of the Group stage. For example, whoever ends up winning Group C will face the team that ends up as the runner-up of Group D. And the winner from this match will end up in the quarterfinals once the Round of 16 ends. Same case with the team that wins Group A going up against the runner-up of Group B.

When betting during the Knockout stage, you can predict which teams will meet if you happen to predict accurately the group winners and runners-up during the Group stage.

The games played during this stage are similar to the ones played during the Group Stage. The main difference is now there is extra time of 30 minutes added (two 15-minute halves). This happens when the game ends in a draw. Only one team can progress, and it’s the winner at the end of the Extra Time. If the scores of both teams are still the same at the end of the Extra Time, a penalty shootout will help decide the winner.

The Knockout stage doesn’t end until there are only two teams remaining who would be participating in the tournament’s final game. The 3rd and 4th ranking teams will be playing for Third Place in the tournament. The winner of the final hosts the World Cup trophy and is named the Champions of the World. The previous winner and current defending champions, France, took home $35 million.

For the FIFA World Cup 2026 and onwards, the expansion of the teams from 32 to 48 means there will be 16 groups. Each group will have three teams. Each team will play two games only during the Group stage and then two of the three teams will be progressing to the next stage which is the Knockout stage. The knockout stage will be the Round of 32. 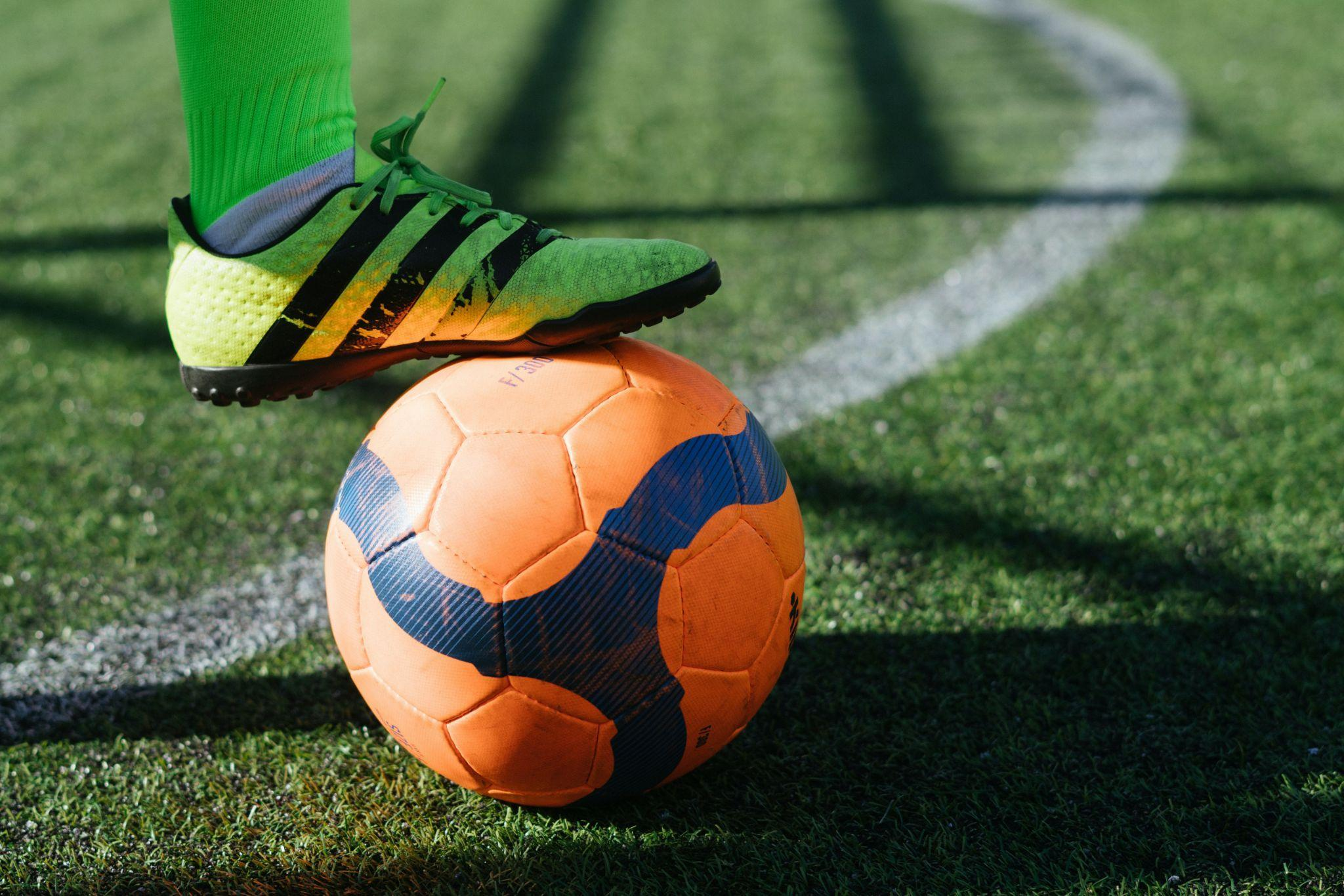 There are plenty of markets in football for sports bettors to find betting opportunities in. Within the World Cup, the winner is decided in 64 games, which means 64 different opportunities to make the following bets.

The moneyline bet is the easier or the simplest bet and also the most common one in many sports. In a Worldcup game, you bet on which team you think would win the match, or the match would end in a draw. The underdogs of the clash are those with a higher moneyline, while the favorites have a negative moneyline.

This is another bet available on many online sportsbooks. This bet requires the bettors to place a bet by predicting the exact number of goals scored by a team during a match or the “correct” score of the match. This is a challenging bet, and bettors want to make no errors when predicting the exact score, so only high odds with modest stakes are involved in this bet.

This is a market where you can bet on two different outcomes of the same match. Double chance bets allow you to bet on a team, either winning or drawing. 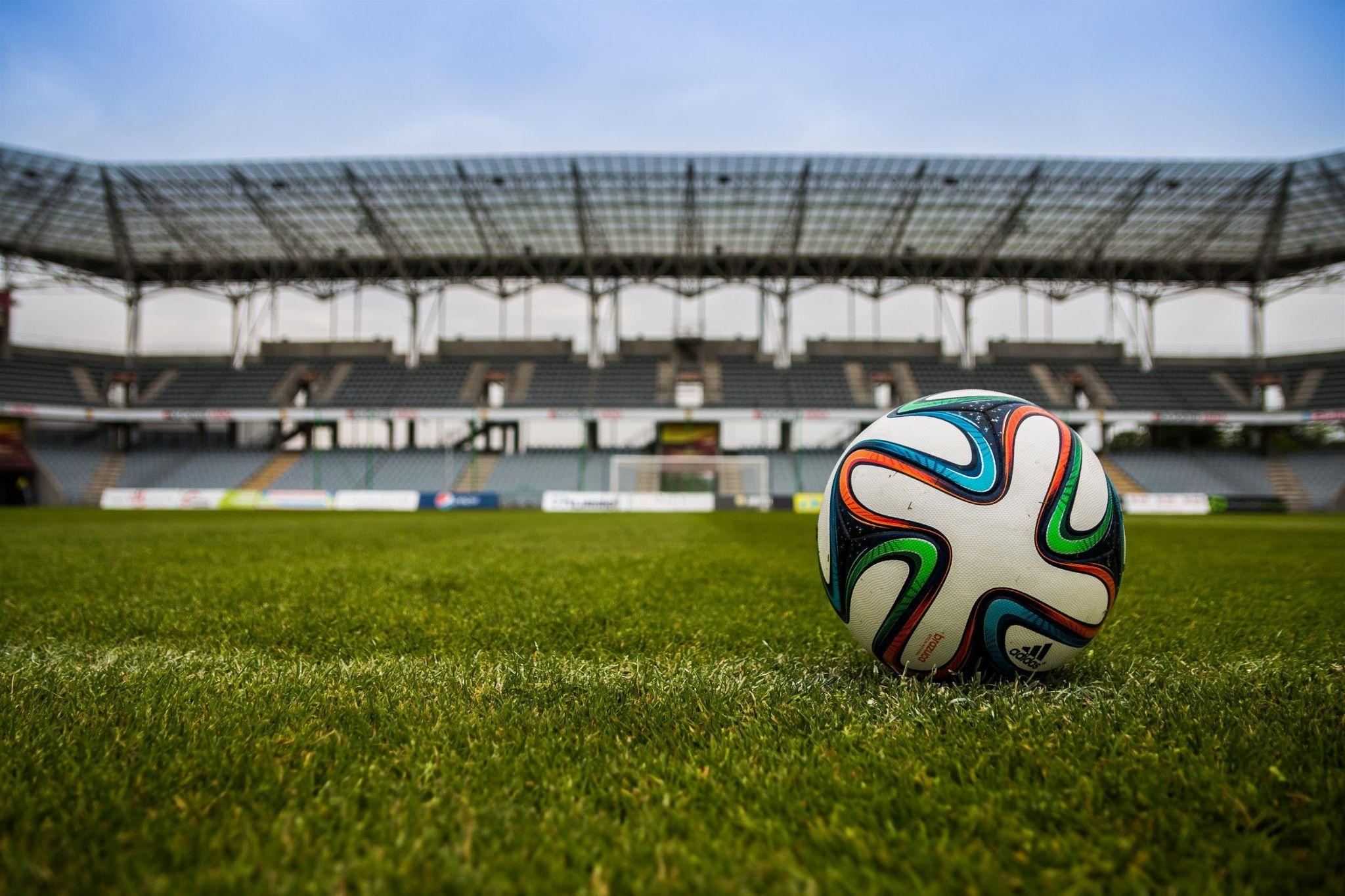 Since there are eight different groups, you have plenty of betting opportunities in this market. Most people place an eight-fold accumulator bet which includes all the group winners. Be careful when betting on group winners, as some groups might be easy to predict, but some are definitely hard.

Under/over totals are very common in many sports. The same is the World Cup total. In this bet, instead of predicting and betting on the outcome of a game, the bettors bet on the combined total of the goals scored by the teams playing. This is another challenging bet.

This is a favorite betting market for all the World Cup betting enthusiasts. It has great value, and because the World Cup is a short tournament with so many matches, sometimes even the best players fail to score the most goals, and a surprising contender takes away the Top Goalscorer title. If you can manage to bet correctly, you could win big. 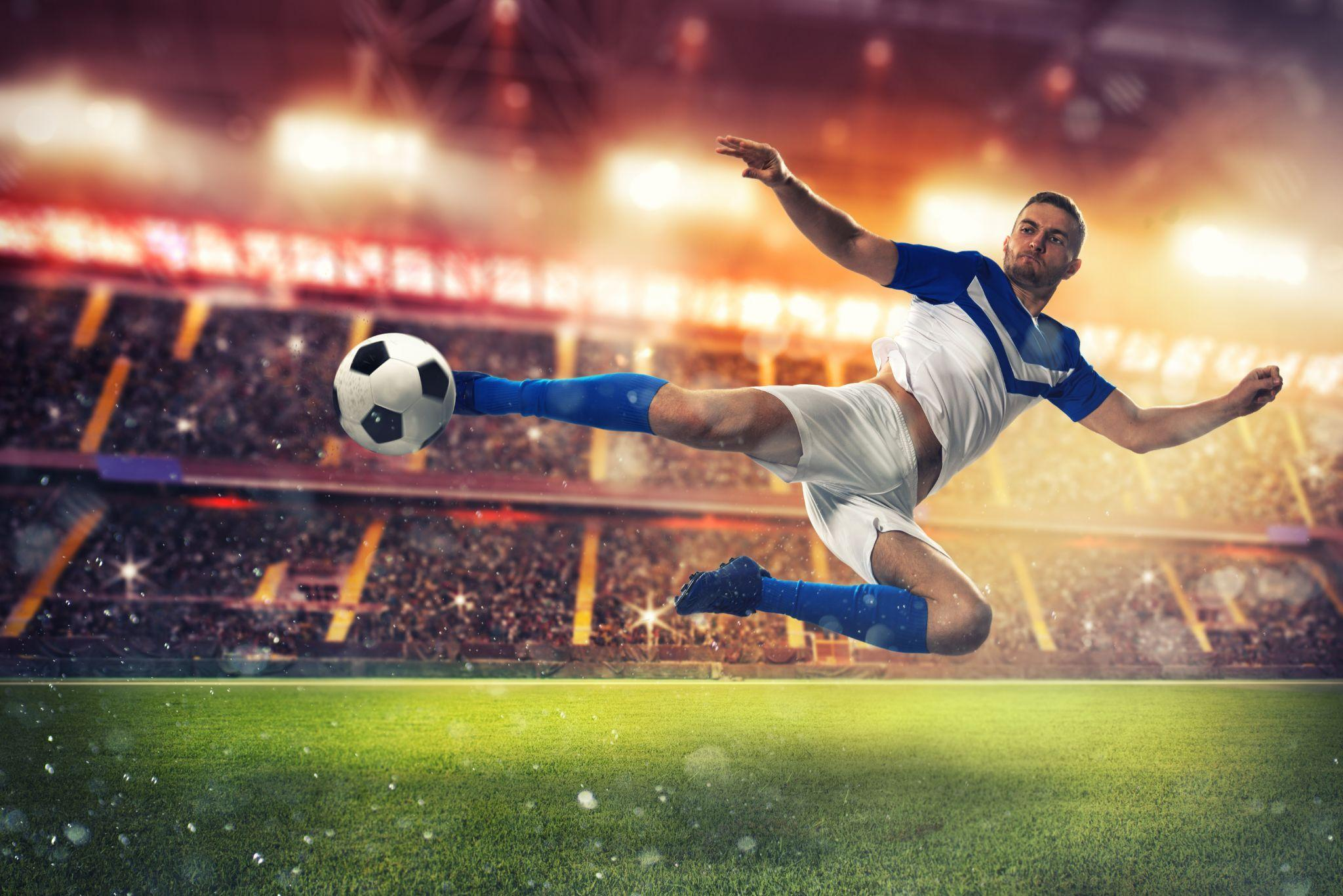 Prop Betting in the World Cup

There are certain futures bets that people make a lot of money on. These bets are placed either at the start or before the commencement of the tournament. The odds for these bets are adjusted as the tournament progresses up until the final whistle.

These bets include betting on the winner of the WorldCup, the team that would win a group in the Group Stage, predicting where a team would end up, etc. For example, during the 2018 World Cup, Germany was predicted to reach the finals, but they were eliminated before they could even progress to the Knockout Stage.

If you’re new to World Cup betting or are an experienced bettor looking for some well-researched tips and strategies, let us guide you and get you familiar with the right techniques for betting on the World Cup.

Be Realistic About Your Knowledge

Even if you are an experienced sports bettor or football fan, you have to be realistic about placing certain bets. As tempting as it may be to place crazy bets, never bet on a team or player you don’t know much about. Stick to your knowledge base to maximize your winning chances.

Don’t become too excited and place all your bets before the tournament even begins. When you want to bet on a team you think would win the entire tournament, don’t do so until the ball is kicked. Things get crazy during the World Cup, and sometimes, favorites can end up disappointing you by getting eliminated very early in the competition.

Once you have seen a team play, you have a much better idea of how the rest of the games might turn out to be. You should also wait until there are 16 teams left to predict the winner of the tournament. Yes, the moneylines will not remain that lucrative, but you will have information and statistics that can guide you. 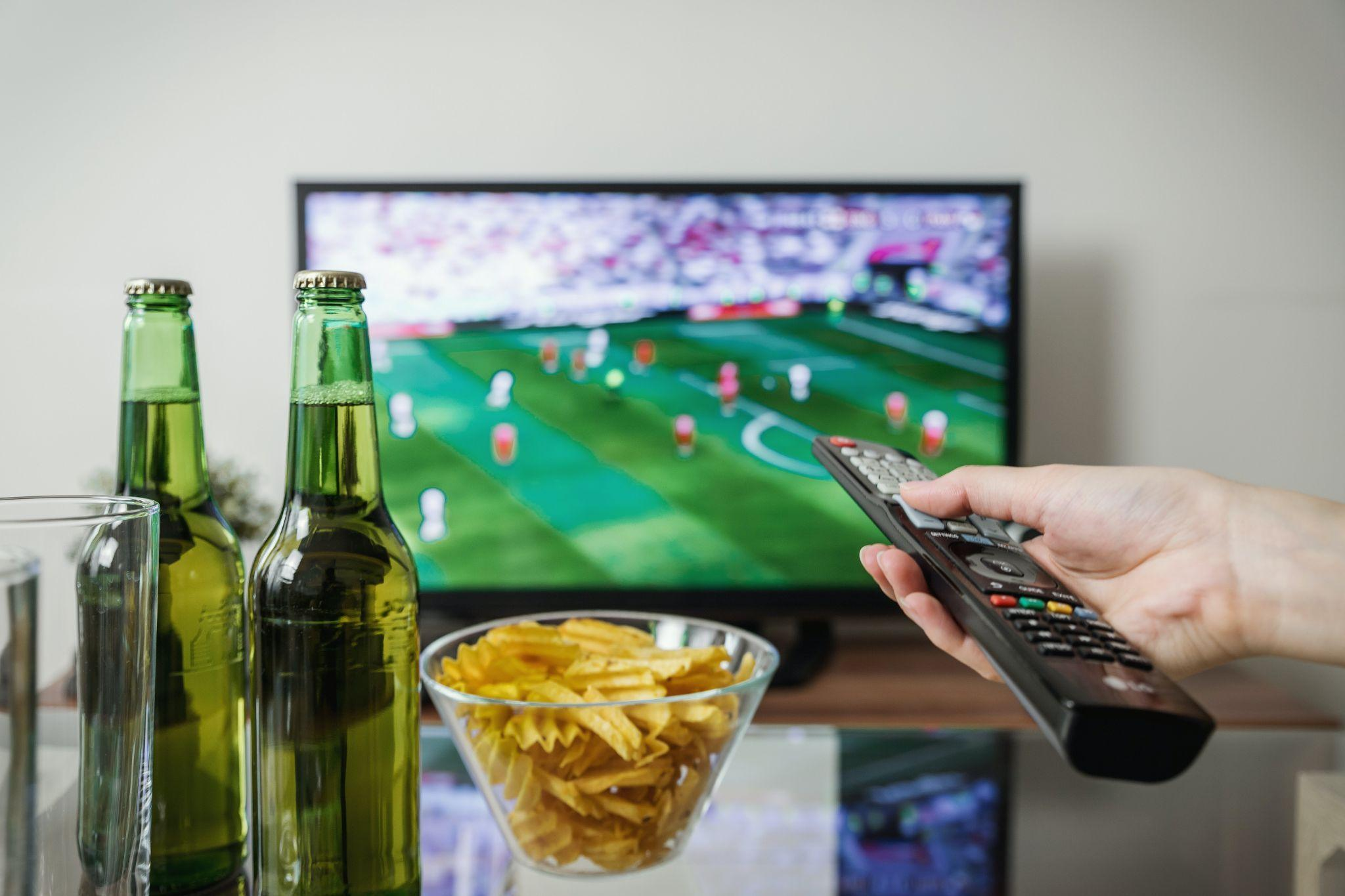 In-play betting is a lucrative betting opportunity, and you can win easy and profitable bets if you are actually watching a match while placing the bet. Plus, it is the World Cup. Why would you not be watching the match?!

When it comes to statistics, they are a vital ingredient used in any sort of successful betting. Look at the relevant stats of players participating in the world cup. All the betting sites and journalists have detailed guides about the teams and players where you can find these in-depth statistics.

FIFA’s World Rankings are not be blindly trusted, so take them with a grain of salt. These rankings rarely ever accurately represent the form of a team, the overall talent and ability of the players in the team, and how well the team can perform under pressure. Sure, these rankings can be used as a guide, but don’t rely on them to guarantee you a successful bet.

These have great potential to improve your World Cup betting. For instance, taking advantage of any free bet offers could allow you to do some matched betting.

As we get closer and closer to the World Cup, many online betting sites will attempt to attract you and entice you in with shiny promotions and lucrative bonuses when you sign up. When you place a bet on these sites, make sure to avail the free bet offers or other special promotions to improve your World Cup betting.

We also have exciting offers for those using the 1xbet official website, giving them an incentive to enjoy all that our 1xbet registration link has to offer.