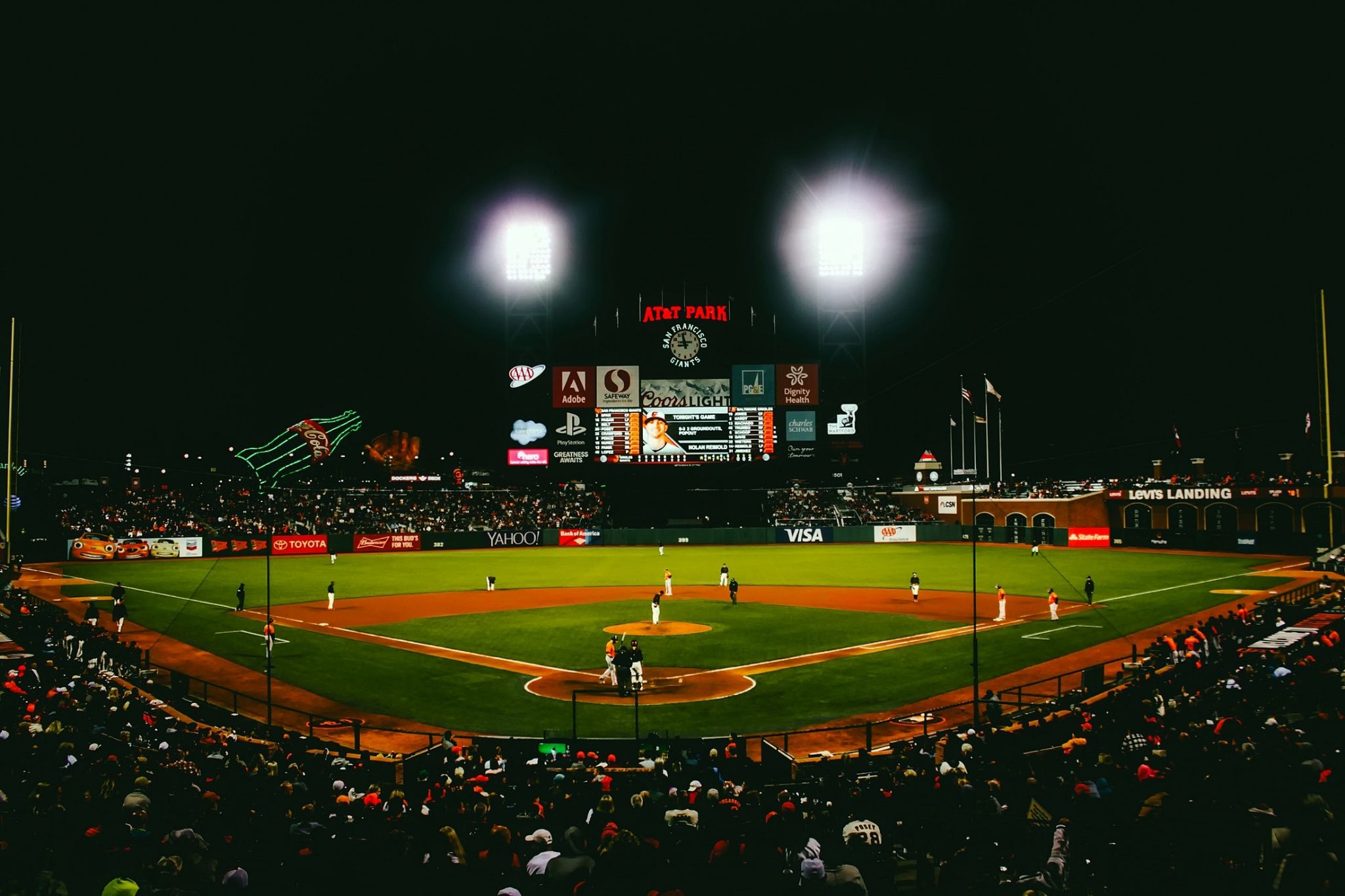 The History of Sports Betting in the USA

Sports are a major part of most people’s everyday life. According to a survey, 25% of Americans are avid sports fans, and 47% of Americans are casual fans. Whether you’re an avid fan or a casual viewer, during big sporting events, everyone supports their favorite player or team. Those who aren’t a huge fan of watching sports simply enjoy playing it with their friends or family in their free time or on vacations.

Sports in the US has an eventful history. For as long as there has been an interest in sports, there has been an interest in placing wagers on sporting events. It’s difficult to place the exact start of how and when sports betting began, but it has surely been around for thousands of years as people would bet on a specific player or side during a sporting event. Some would bet on the outcome of the event.

Betting on sports can be traced back to Ancient Rome, where chariot races would be held. Rome also had circuses where people would place wagers on different activities. Though it might not have been legal, it never stopped people from betting their money for fun or for profit.

This pastime for many and a way of making money for some has made its way into this modern era. However, in the past decades, one thing that remained common was the legal status of sports betting. People in the past, and some in the present, see betting and gambling as immoral or something to be ashamed of. Some even consider betting to be a free invite for organized crime.

Now many governments have legalized and completely regulated sports betting. Some see it as a way of generating more tax revenue. Let’s take a look at the journey of sports betting in the US, up until the point where many states legalized it. 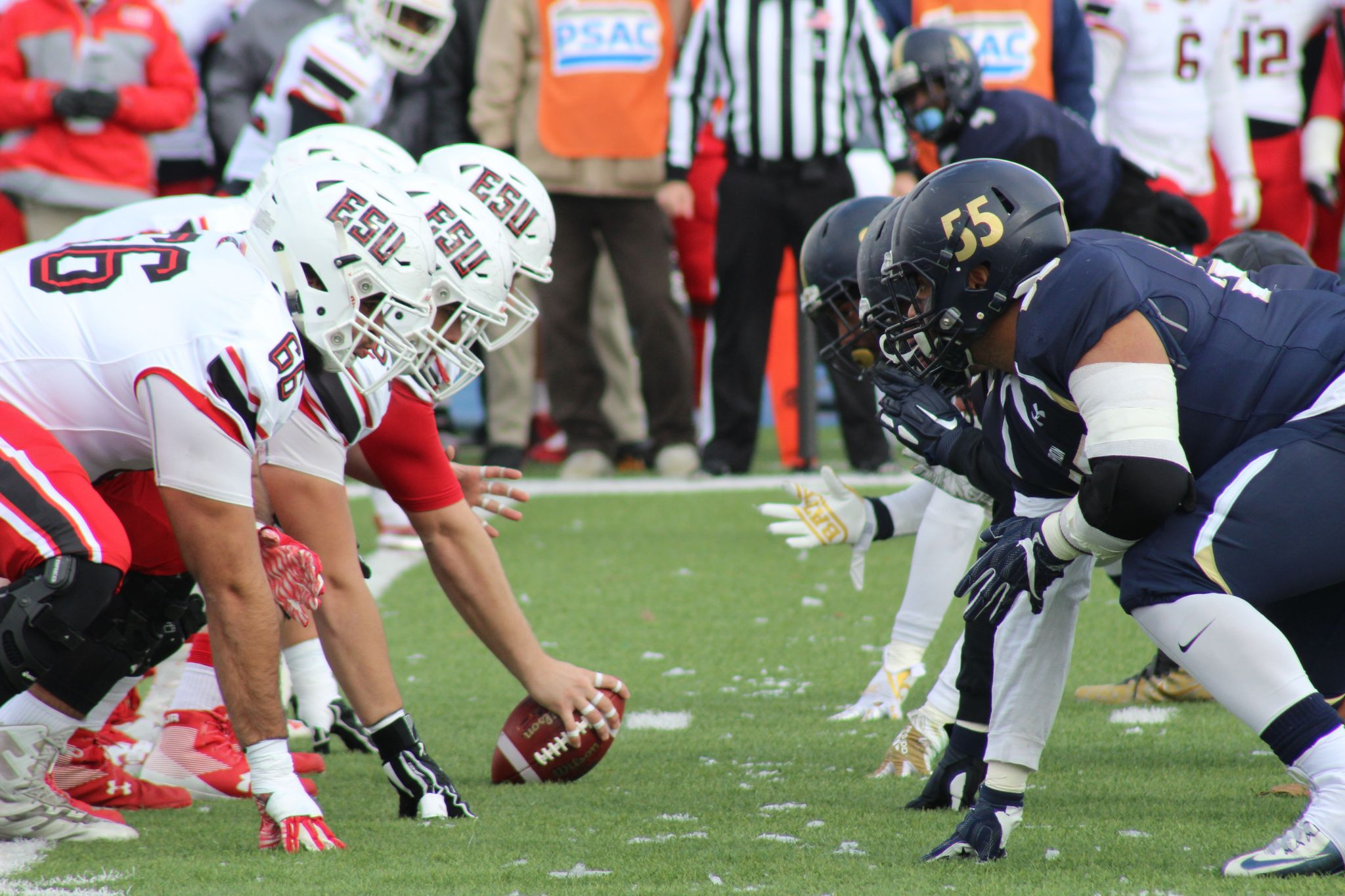 Sports Betting Before the 20th Century

Horse racing was one of the most popular sports in the early 19th century. Not only did people love watching horse racing, but it was popular amongst the bettors. Horses have played a crucial role in what sports betting is today in the USA and its history. Horse racing was legal across the US, and most states had regulations for it.

At Belmont Stakes in 1867, the thoroughbred horses ran for the first time, and then they ran in Preakness Stakes during 1873. By 1875, three annual events were being held. Kentucky Derby debuted first in Churchill Downs and formed the Triple Crown with the former two events mentioned. Only the elite attended and bet on the horses in these events and was not looked down upon, unlike the traditional gambling that took place.

In 1980, within 23 years, horse-racing tracks were being built all across the US. More than 300 tracks were built, and this number really reflected the interest Americans had in this sport and placing wagers on it. 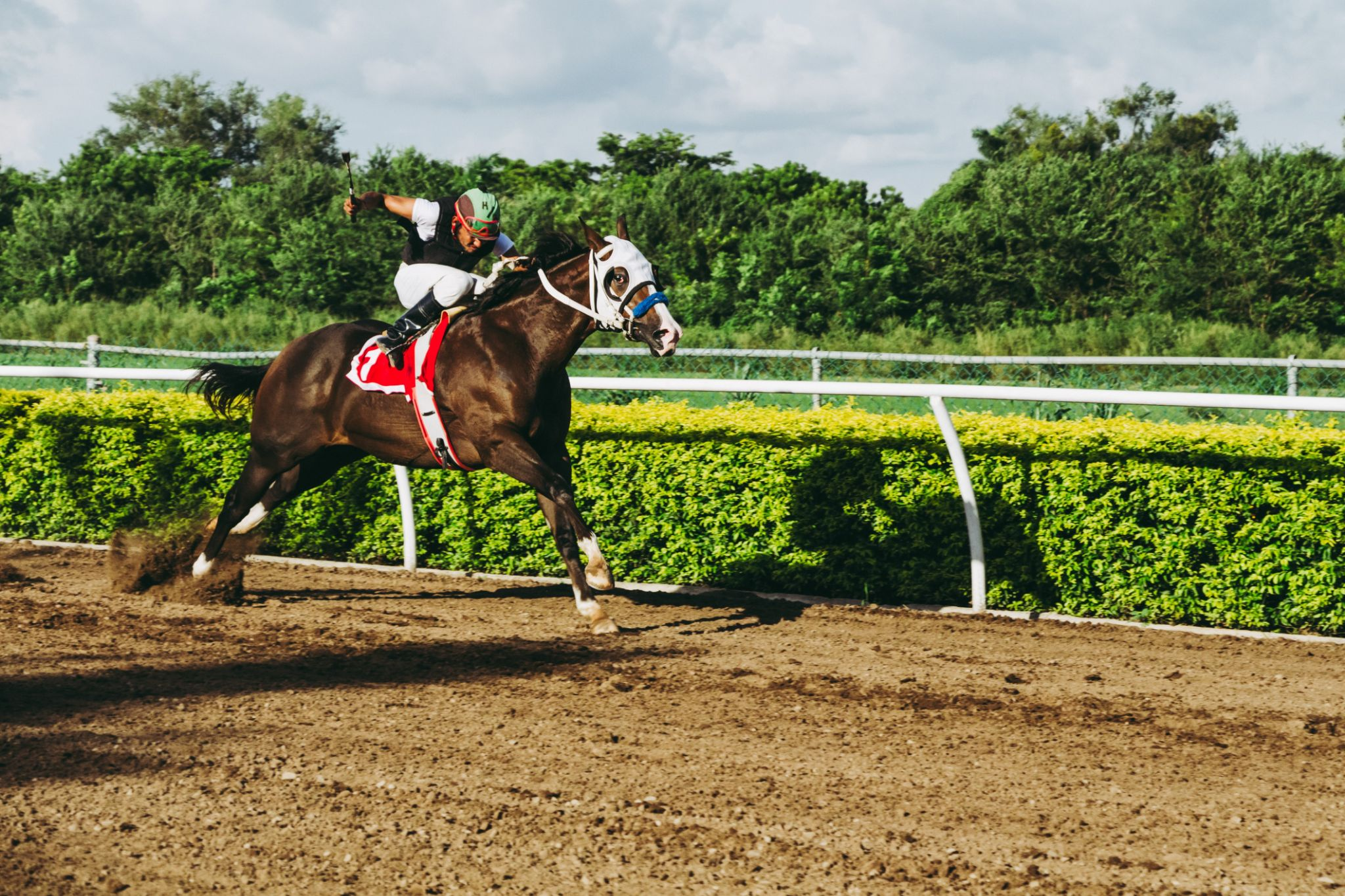 Many other sports also found popularity around this time, especially dice games. Card rooms were opened for men, and the slot machine came into existence before the 19th century ended. In 1876 professional baseball league called Major League was also established. Boxing was also a pretty popular sport that people bet on and when fighters like Gene Tunney and Jack Dempsey emerged as prominent figures, betting on boxing became “sort of” legal.

The National League was founded in 1876, and soon came the American League when the 20th-century began. During the late 19th century, sports betting was much more acceptable than 20th century, and it was pretty common for even managers to bet on their teams. The Manager of the Chicago Colts bet $100 on his team in the National League. 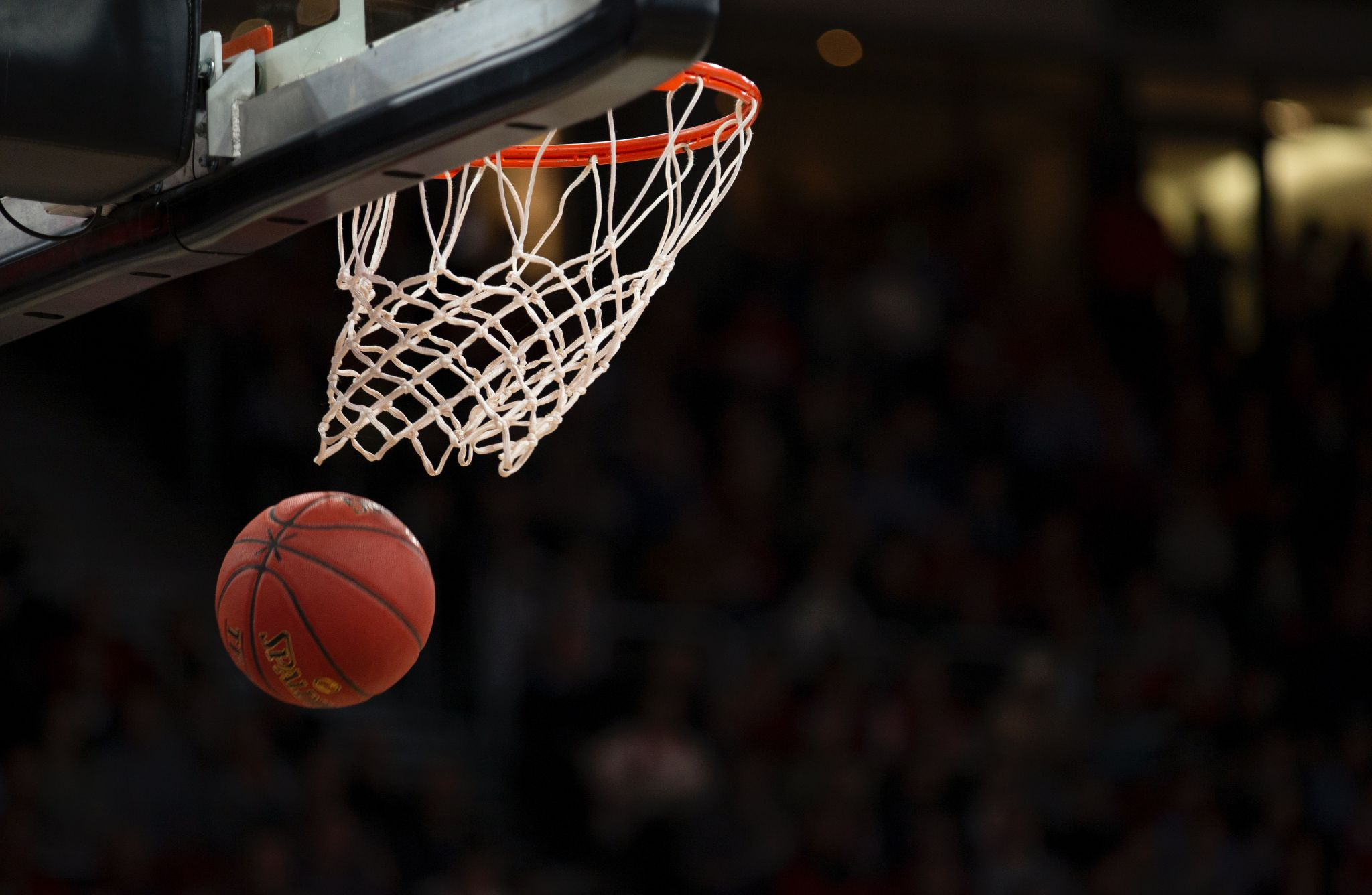 Sports Betting During the 20th Century

It is important to note that even though the 19th century saw popularity in sports betting, it stayed illegal up until the 20th century. However, no relevant laws or regulations were in place, so the activity continued to take place. Sports betting was growing, and the general population was interested in it as well as the interest in sports grew. The biggest sports scandal also took place in the 20th century.

The American League was founded in 1901, like mentioned before. People refer to the 1920s as the “Golden Era” of sports because sports like football and basketball became popular and also great betting choices. When the Great Depression hit, the football pool cards were used instead of cash by most people.

In 1931, Nevada was the first state to legalize gambling in the US, and then 15 years later, it also legalized sports betting, which in turn also helped the tourism industry immensely. Many families from New York and other states continued to offer wagering services in different states, despite the illegal status. Las Vegas became the hub for sports betting in the US. They started accepting betting offers in 1949, and it has been the main spot for wagering services ever since. Las Vegas singlehandedly made sports betting common and popular in the US and also the rest of the world.

Three years later, the federal government taxed 10% of the sports bets. But this was later reduced to 2% by Congress, which allowed Las Vegas to flourish as the betting and gambling capital and also allowed the government to receive tax revenue. It became the most legitimate place for all sorts of betting. In the 1970s, when Congress reduced the tax, more and more states started to legalize sports betting. Subsequently, the lawmakers and the government decided to come up with an act that banned sports betting in all states except for the four that already have proper operations for legal sports betting.

The biggest highlight of the 20th century when it comes to sports and sports betting has been the Chicago Black Sox Scandal. Uneasiness grew in the 20th century when lots of lottery scandals and multiple frauds were taking place, and finally, the Black Sox Scandal took place. Some people still believe that this scandal is the reason behind the dark shadow that is still felt hovering over the sports betting world.

Chicago White Sox was a baseball team playing against the Cincinnati Reds, and eight players on the team were brided with $10,000 each to throw the World Series game. This was a massive corruption on a national scale, and it led to severe backlash. This is why the US Federal Government banned gambling in almost all states. Bookmakers and agents became the target, rather than the bettors themselves.

In response to this scandal, the first commissioner of Major League Baseball was appointed, and he helped restore the public confidence and the integrity of the game. Even though the eight players were acquitted in the court, the commissioner banned them all from participating in the league. The commissioner, according to many, laid the template for all future commissioners of different sports as he helped protect the game from illegal activities. 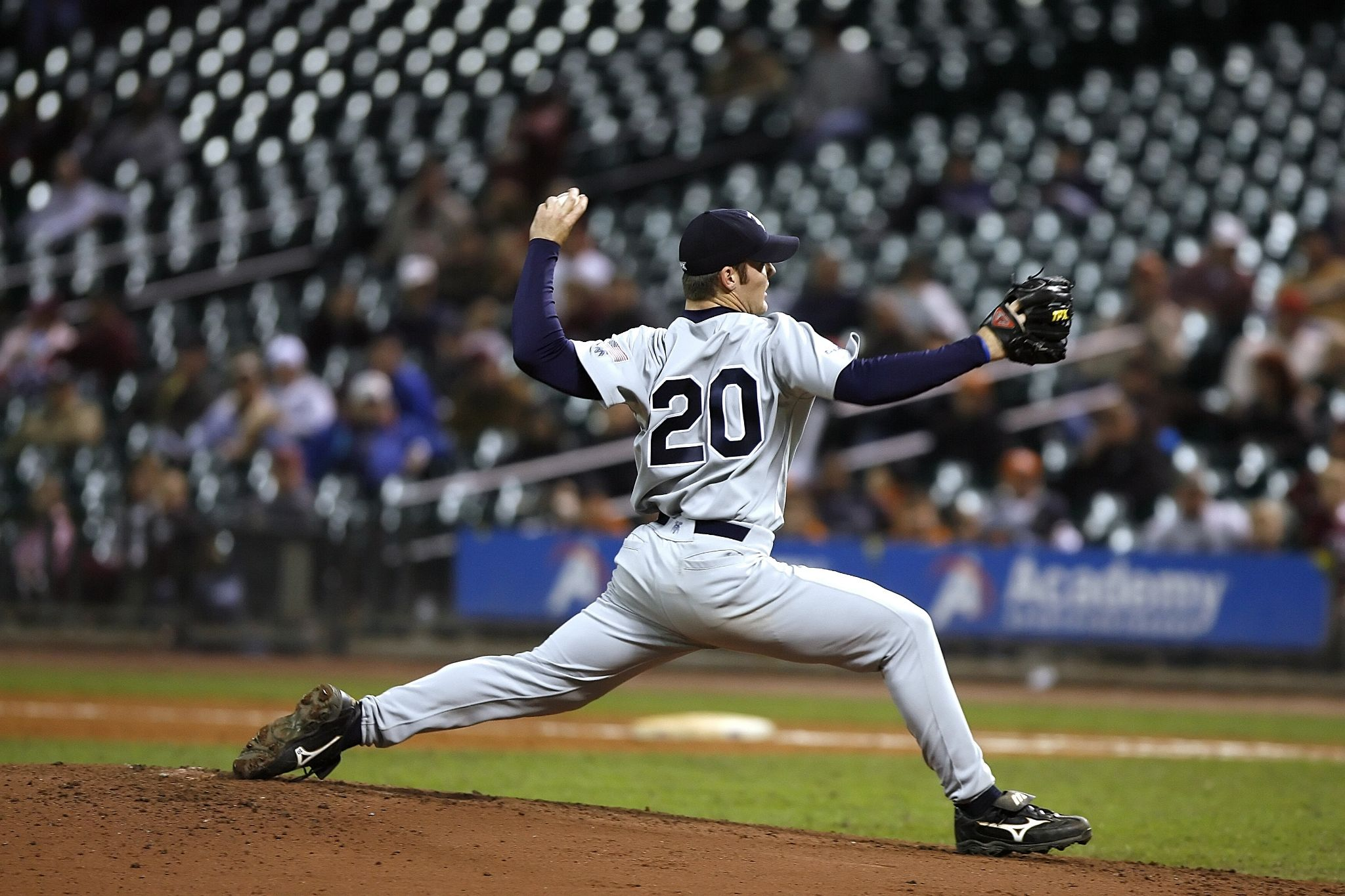 It wasn’t until the 21st century that sports betting changed in enormous ways, and now sports bettors have a vast range of sports to choose from. Sports betting today looks completely different from what it was a century ago. In the early 200s, only Nevada was the legalized sports betting hub and the only state allowing wagers for single games. For safe and legal bets, sports betting enthusiasts were limited to Nevada only.

With the advancement of online technology, sportsbooks and bookmakers started to appear online all over the US. Slowly and surely, they became a norm, and soon enough, everyone was able to place a bet no matter where in the US they were located.

Initially, the US government wasn’t thrilled about this, and they decided to put a stop to the ever-expanding online sports betting world. The Unlawful Internet Gambling Enforcement Act was established in 2006, and then-President George W. Bush signed it to stop online betting and gambling transactions. Financial institutions and banks in the US were strictly monitoring and regulating payments made through cards, wire transfers, online deposits, or checks.

Even though this law didn’t have any clauses for punishment for the bettors and didn’t explicitly state that sports betting is illegal, it did cause the bookmakers and sportsbooks to leave the online sports betting world.

However, to this day, there still are many sports betting sites that have served the sports bettors in the US without physically residing in the country. 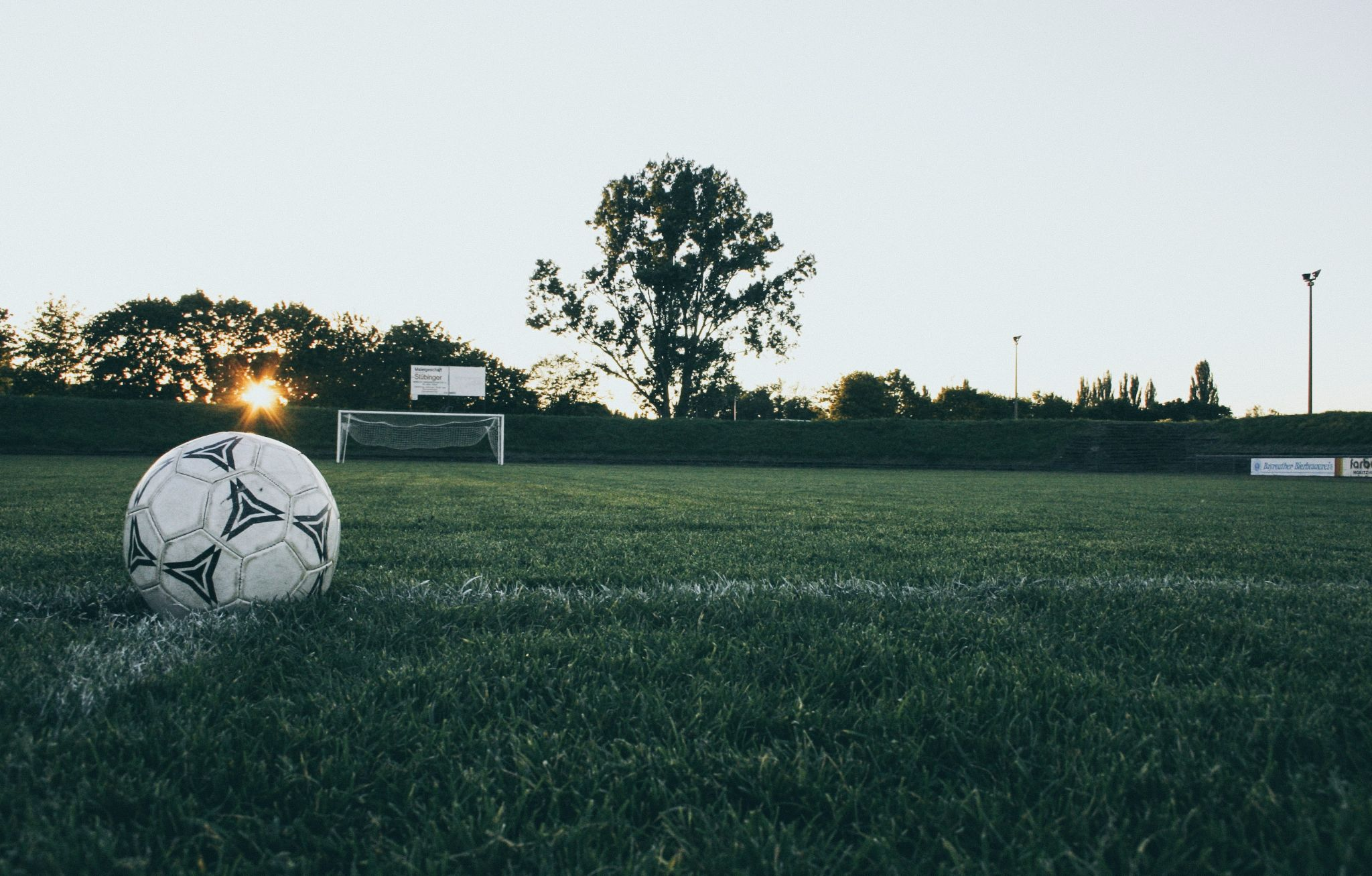 Finally, in 2018, the US Supreme Court struck down the Professional and Amateur Sports Protection Act. The 50 states had the option of legalizing betting on sports. Twenty-six states legalized some form of sports betting. This meant that more than half of the US has legalized betting on sports events and within a few months, there was a surge of online sportsbooks markets all over again. Utah was one of the states to strictly step back from the betting and gambling business. However, every single day since, the sports betting industry has seen a boom, and history is being made continuously.

The Future Of Sports Betting In The USA

The Supreme Court’s ruling, which allowed the states to legalize sports betting and break the dominance of PASPA that had been regulating the sports betting industry for so long, was a historic moment for not just sports bettors in the US but sports enthusiasts all across the country. Sports betting is a hobby for most American adults, and they were restricted for so long.

After the ruling, within the first six months, seven states made sports betting legal, and now two of those states contribute billions of dollars per year in the form of wagers. As more and more states have introduced laws and regulations for sports betting, it has allowed the US sports betting industry to grow. The US sports industry is predicted to reach a worth of $140.6 billion by 2028.

The COVID-19 pandemic, instead of preventing the explosion of sports betting in the world, only further paved the way for online legal sports betting. Many industry analysts and specialists of the sports betting world believe that soon more than 80% of all the states in the US will have regulations for sports betting and will legalize it in some way.

The fast growth of the sports betting industry has made it an excellent stream for tax revenue. Governments have realized that the tax revenue generated is worth the legalization of this activity.

You can find the best basketball, football, cricket, hockey, and many other betting sites in the world.