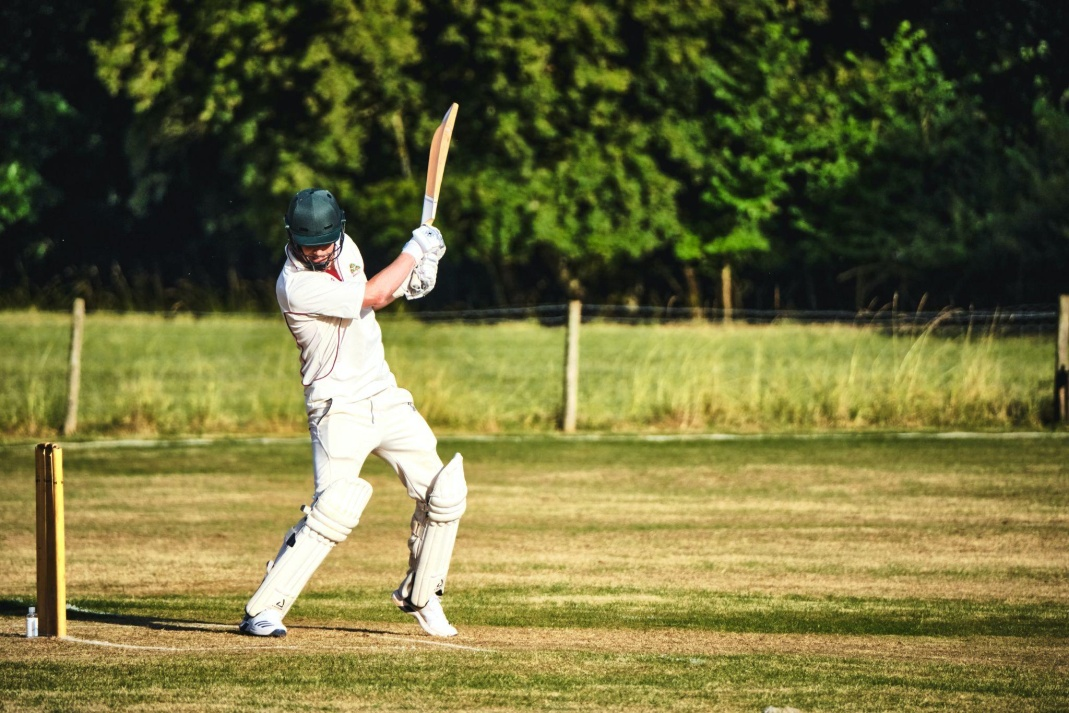 Betting has been a major part of cricket and a big appeal of the game for many. Numerous fans take an interest in it only for the betting aspect, while others prefer making money off of their passion for the sport. While there are multiple avenues in cricket to make money with betting, especially with the rise of popular domestic T20 leagues, none are above the World Cup.

The biggest competition in cricket provides exciting competition, and people toss in huge sums of money on their picks. If you’re new to cricket betting and want to learn all you need to prepare for ICC World Cup 2022, here’s what you should be aware of:

Match betting is the most common form of cricket betting. Many people refer to it as outright bet as well. Here, you have to pick which team will win the match. While most sports list the odds as home and away team odds, cricket matches are often played on neutral venues for most teams, especially during the World Cup. For ODI and T20 competitions, the odds of a game ending in a draw are generally much lower and there are often Super Overs or deciders to eliminate the chances of the game drawing.

Test cricket does involve draws more frequently, but for the World Cup in 2022, you can expect a definite result more often.

One of the most opted forms of betting in cricket is the over/under bet. The sportsbook lists a score they believe a team will score in a single innings. Your job is to determine whether they’ll score more or less than that. If you think they’re going to exceed that score, bet over.

Believing that the score might be too optimistic for a team to achieve, you can select under, and if they fail to score more than that, you win the bet. Teams with strong batting sides will try to put up good totals batting first, so go over the past records and look at their form to determine what a likely total might be. 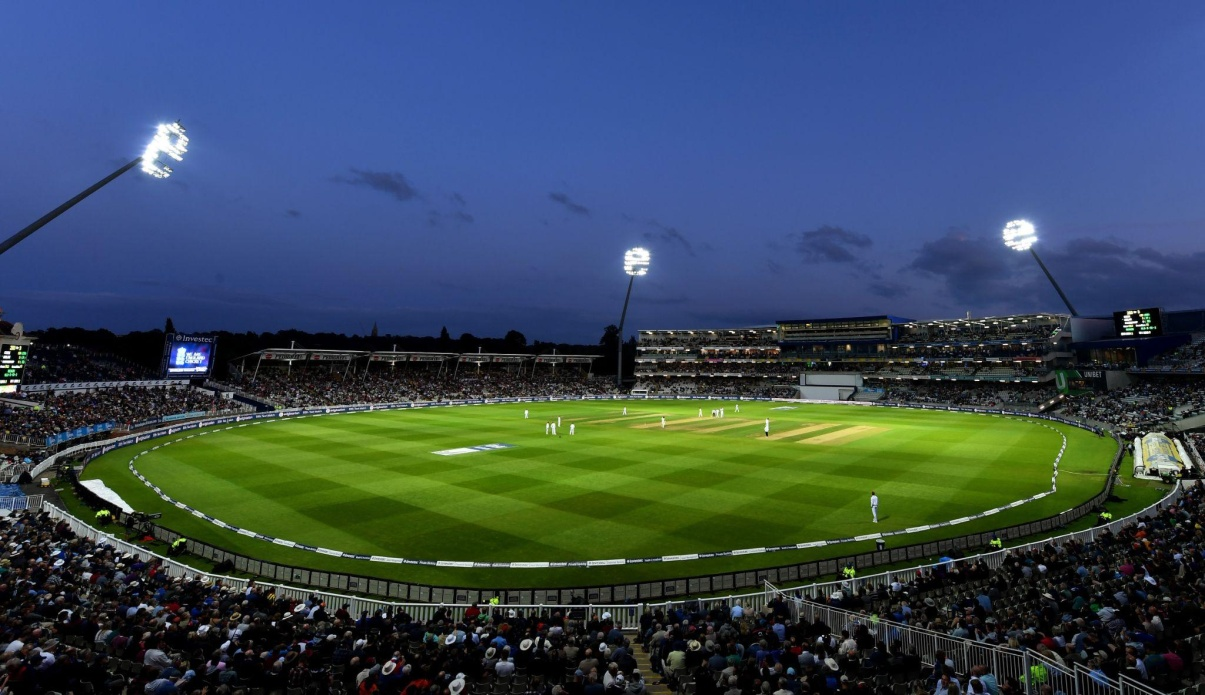 The top bowler betting market is another commonly selected option in the cricket betting scene. There are two types of markets here, either for top bowler in a particular game or the entire tournament. Rather than pick a particular team, you have to select the exact bowler from the fixture or the tournament that you think will get the most wickets.

Because it’s a much more difficult bet to pull off, it generally has a better return, and the payout makes it more appealing to most cricket betters.

If you’re fond of player-specific odds, another betting market that you’d like is the top batsman odd. Similar to the top bowler odd, you can choose between the best batsman in the game or the entire tournament. The player that scores the most runs in the tournament is generally considered the top batsman. It’s also a difficult pick, so bettors tend to go for it as it provides better returns. Considering their current run, players like Jos Buttler, Babar Azam, David Warner, and Muhammad Rizwan are expected to be the top contenders.

A twist on the top batsman betting odds comes in the form of the Team of Top Batsman betting market. Here, you don’t have to guess which specific batsman will be the top batsman of the tournament. Instead, you pick the team you think will have that particular player. It does a good job of improving your chances by some degree, as some teams have significantly better batsmen that feature the top rankings.

Pakistan and England, in particular, have had two batsmen regularly feature at the top, so that serves as a good example. If you get it right, the payouts are certainly healthy. 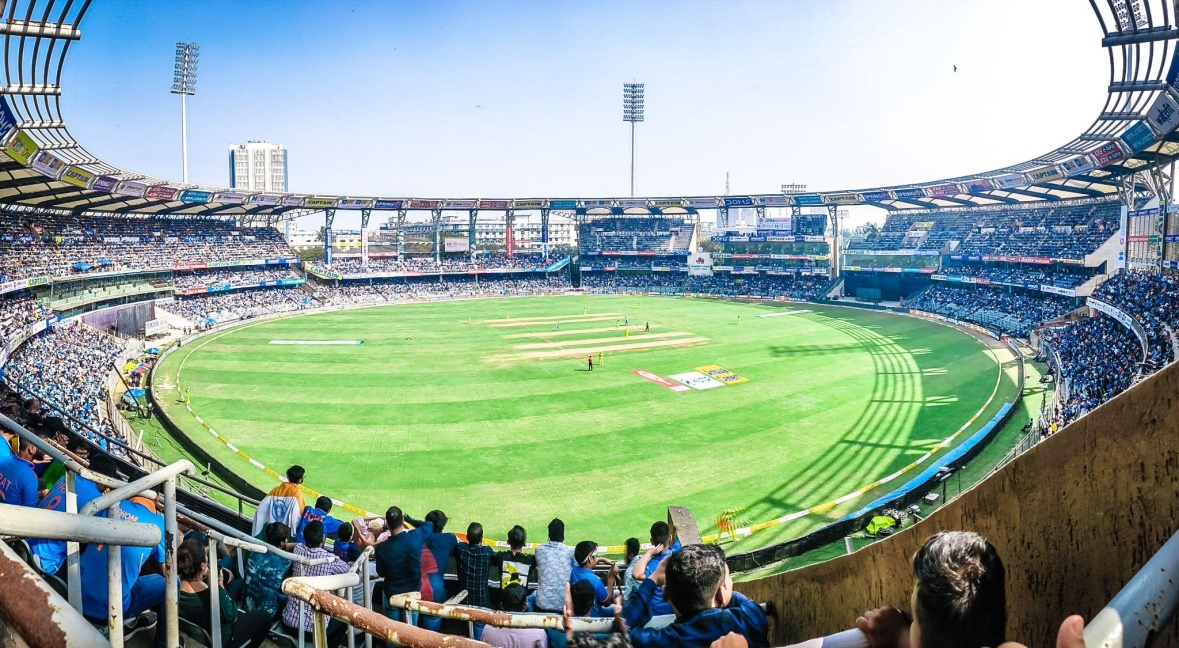 As the name suggests, you have to pick which team is more likely to win the tournament. The complicated issue with betting in cricket is that teams tend to come back fairly strong even after poor past performances. Upsets and unexpected results are never far from possibility in the sport. But despite that, there are always a few favorites, and those teams generally make up most of the final 8 heading towards the tournament’s quarterfinals.

It’s a commonly opted market that you’d want to learn about, as it can give ideas about other markets for the tournament. Being the biggest tournament in Cricket, the World Cup is packed with options.

In cricket, teams often travel or host one or more teams for a series of matches. These can often take place at neutral venues as well, but rather than act as a major tournament, they’re a smaller chunk of different format matches. Teams can play different numbers of tests, ODIs, and T20s in a single series, and each series can have a different winner.

The team that wins the most games in a single format series from that tour is known as that series’ winner. Things get interesting in this option as a particular team might have a great combination for test matches but struggles in the limited-overs format. People often opt for parlay-style bets in this category. 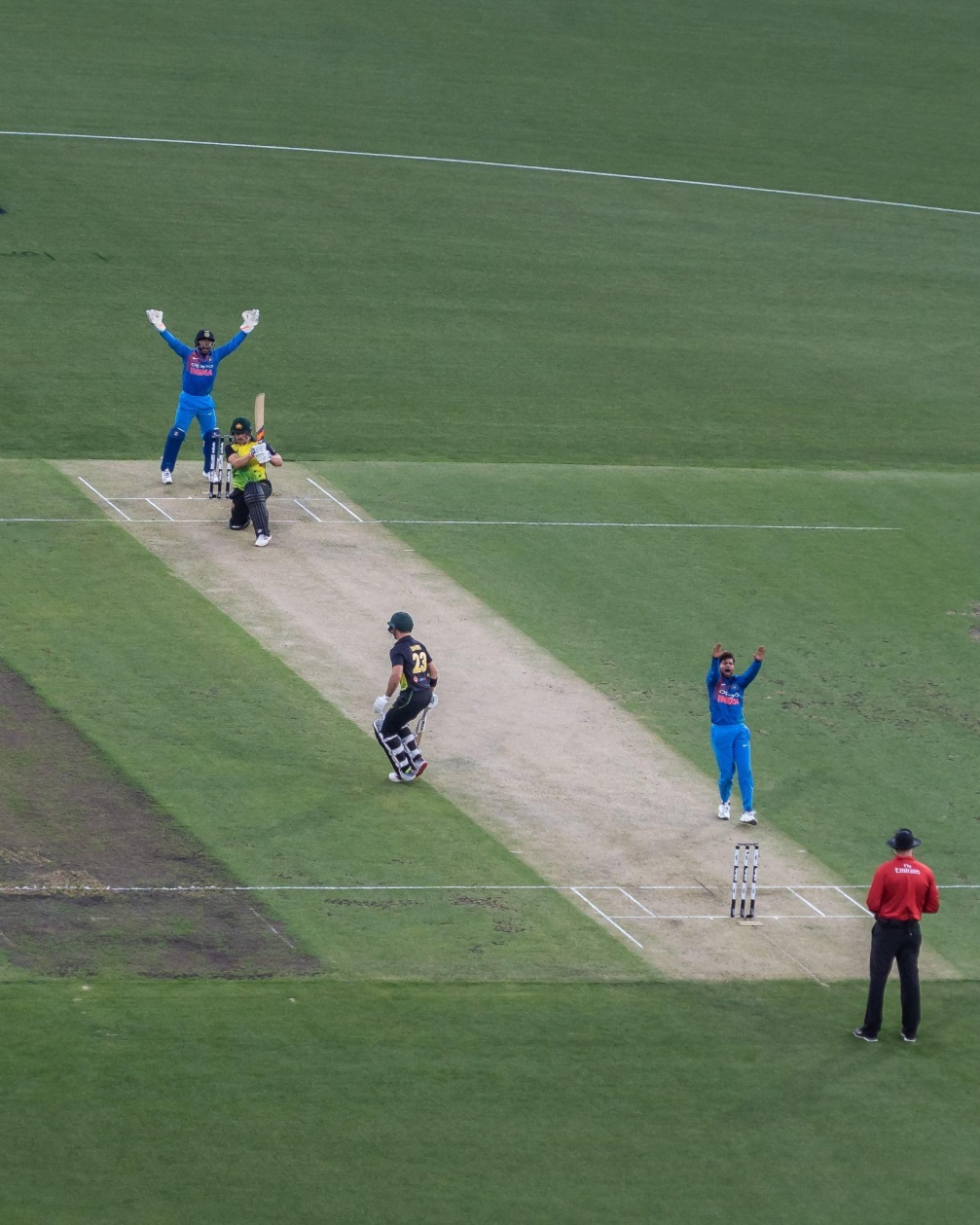 The method of dismissal market is one of the hottest options in the live betting section of cricket. The premise is simple: you have to guess how the next dismissal will be. The tricky part is that there are 10 different ways a batsman can be dismissed in cricket. Some of them are rare, while others are fairly common.

Your knowledge of the game will be the best decider to figure out how a particular batsman might get out. Some batsmen struggle to hit hard, while others are slower when running. Other bowlers might bowl around the legs that catch them LBW. The bigger your dataset, the better your odds of making the right call.

Believe it or not, you can bet on which team wins the toss. Many people underestimate how important the coin toss is. Team captains always want to win the toss as the state of the pitch and weather reports are on their minds, and they heavily affect how the game plays out. They also have their own strategies in mind, which can vary depending on whether they’re setting a total or chasing it down later. These are important for the teams, and the bettors as this has a cascading effect on the game.

Essentially, bettors can make some money even off the flip of a coin in a game.

There are many factors that go into the decision of batting or bowling first, but the most common ones are the weather, the state of the pitch, and whether the team is more comfortable chasing or defending their total.

Here, you decide whether the final score for a team will be even or odd. You don’t have to guess what the exact number will be, just whether it’s an odd or even number. Be aware the figures ending in zero are also considered even numbers. It’s a fairly simple bet that you can make quick cash off of.

While there might be records out there that can give you some idea of the chances, most people go by a hunch as it’s not a major statistic and simply another market for bettors to bet on. 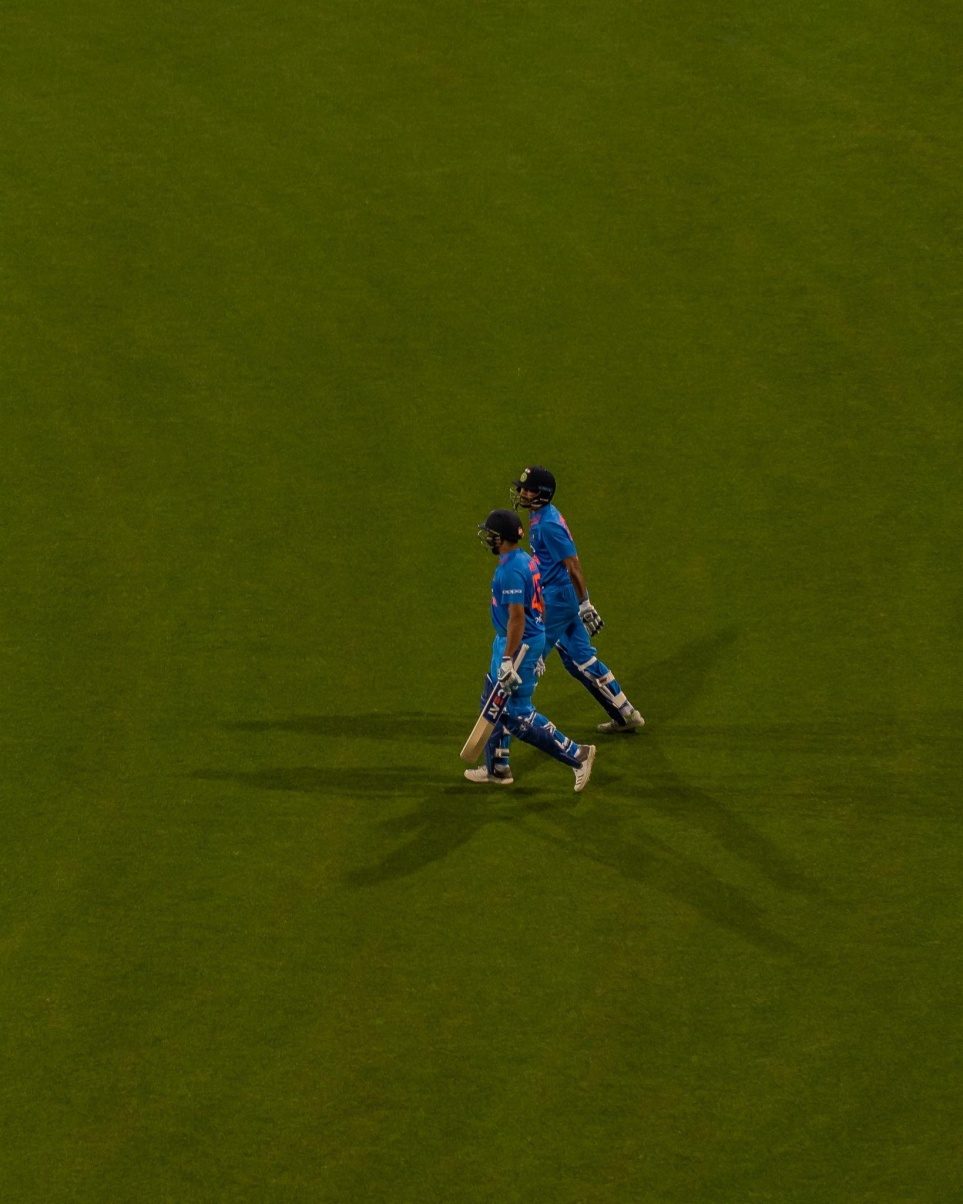 Another interesting cricket betting market is regarding the most runouts in a game. Rather than attributing the wicket to the bowler, the runout is given for the player that stops the ball and throws it towards the wicket for the dismissal. In the past, it would’ve been a no-brainer to bet on Ricky Ponting and Jonty Rhodes, who were fiercely active in the field, to get the most runouts in the game.

Man of the Match/Player of the Series

At the end of the match and the series, players are awarded for the best performance in the game. These can be tricky, as a team might give an outstanding performance with two players scoring exceptionally and one bowler getting a five-wicket haul. There are subjective opinions for who deserves the award in such scenarios, but they go to the players who make the most difference in the game.

The player of the series award generally tends to go to the highest-scoring batsman throughout the series. But bowlers can also win it for exceptional performance and game-changing spells consistently.

As of now, most betting sites and oddsmakers suggest that India is the most likely to bounce back in the World Cup. They had a disappointing T20 event last year where they were unable to make it past the group stage in the event. But despite this, the team always brings their A-Game to major events, and there’s no bigger stage than the World Cup. Expect them to put on a performance in the event, and it would not be a shock if they take away the trophy.

Australia had worse odds at the start of the T20 World Cup, and their odds were lower until they started to grab some wins. To the surprise of many, they ended up winning the tournament, much to the chagrin of many early odds adopters that counted them out. Being the hosts of the tournament, the baggy green has all the chance in the world to win their 6th World Cup, establishing their reign as one of the top cricket nations of all time.

Despite losing in the semifinal of the T20 World Cup, England met everyone’s expectations to a great degree with solid performances throughout the tournament. They even did well in the semis until Daryl Mitchell turned the tides for the Kiwis. The English team has already won the World Cup once and knows what it takes to lift that trophy above their heads.

They’re expected to put on a stellar show, and their recent Ashes run will certainly teach them a thing or two about playing Down Under.

Similar to South Africa, the fact that New Zealand hasn’t won a major ICC trophy does a bit of injustice to how big of a threat they can be. On a great day, they’re the best team on the pitch but generally tend to choke in bigger games. They’ve even reached the finals of events, but luck hasn’t been on their side. Any smart cricket better will tell you not to rule them out, and if they manage to win, a few bettors will be walking home with a big payday.

Whether you’re planning to bet on any series or the World Cup, you will have to do a bit of searching to find a site that offers odds for cricket betting and has great value. For cricket betting, you can head to the world’s top betting sites online with the help of Betting Sites Ranking and make your search process easier.

You can find convenient access to the top 10 betting sites in the world, including those that are serving bettors in your region for cricket betting along with other sports. They feature numerous options to choose from, so you’re free to participate in online betting games and more on licensed, reputable websites. Whether you’re planning to bet on sports online or are interested in esports betting, there’s something for everyone on Betting Sites Ranking.