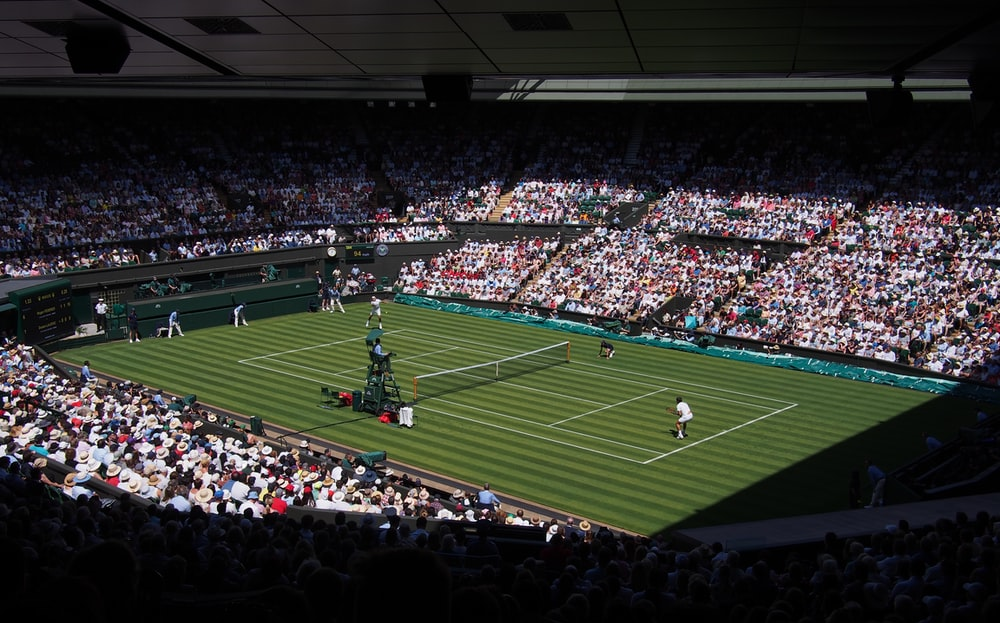 One of the biggest tournaments in the tennis world, the French Open, is coming back in on May 22nd and will last until June 5th. This year’s tournament will take place at the Stade Roland Garros in Paris, France.

The French open is thought of as the most physically demanding grand slam. As a result, the French Open is one of the most hyped-up sporting events, with thousands of fans filling up the stadium and sitting in front of their TV screens to watch their favourite players in action.

Likewise, the tournament also attracts a large number of sports bettors who flock to online sportsbooks to wager on the matches. To facilitate, the bettors, leading gambling websites, start different promotional offers and bonuses to capture more users.

Not just that, but these websites also put up a special sign up offers for new bettors to get them started with online betting. If you’re one of them, here’s all you need to know about betting on the highly-anticipated French Open matches.

What Is The French Open Tennis Tournament?

The French Open, also known as the Roland-Garros, is one of the major tennis tournaments. It takes place from late May to early June. Moreover, the French Open is the only premier clay court championship globally. The rest of the championships are   played on grass courts.

In addition to that, the championship is also the second Grand Slam tournament out of four that are held annually. The French Open Tournament began as the Championnat de France in 1892, and only members of the French clubs could participate in it. However, in 1925 the tournaments were opened to all amateur players internationally.

The championship only started giving out trophies in 1953, and these trophies are manufactured by Mellerio dits Meller, a famous jewellery house that creates these trophies from pure silver. 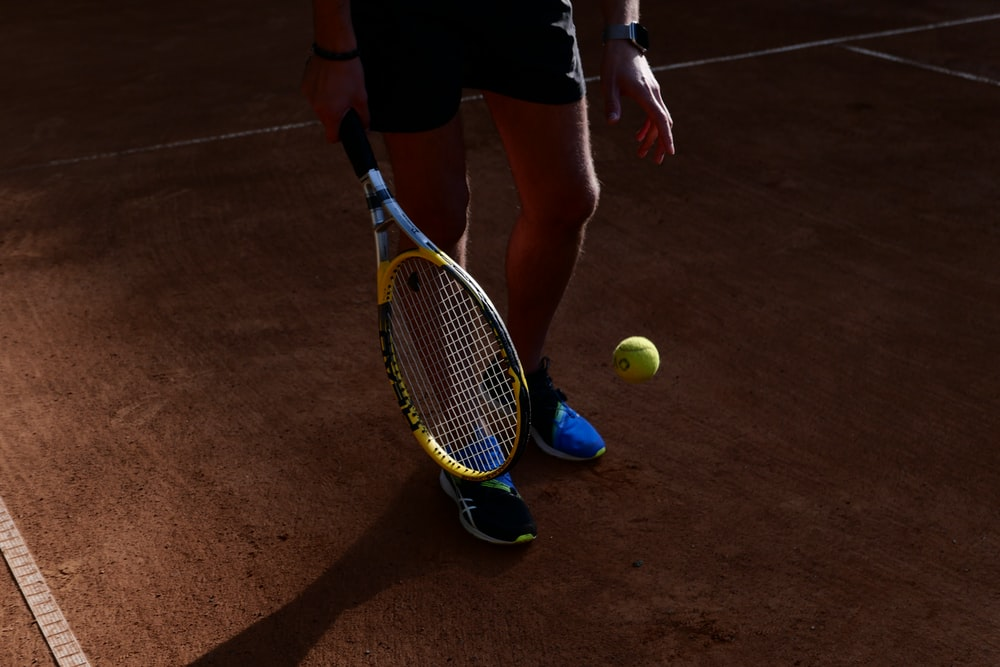 What Is The Format Of The 2022 French Open Tournaments?

All grand slam tournaments follow the same format that starts with 128 players. Each player must participate in the qualifying round, and each of them needs to win 3 rounds before they qualify for the main draw.

Out of the 128 players, only 16 make it past the qualifying round. Some players use their projected rankings to make the cut to qualify for the French Open other than the main draw using the regular ranking. Besides that, there are certain wild card entries to make up the total number of players.

Which Players Are Returning?

A lot of tennis stars will be returning for the 2022 French Open. Among them the top three players in the men’s single section are highlighted in this section.

After his controversial stance during the Australian Open vaccine mandate, it seems that Djokovic will be returning to the 2022 French Open. The Serbian player will defend his title against top players worldwide, including Rafael Nadal, who won the Australian Open after Djokovic was absent from the tournament.

Djokovic is currently in his best form and at the top of his game, considering how he’s claiming title after title in every leading tennis event. This event could be a big moment for him to redeem himself after the unfortunate events at the Australian Open.

Daniil ranks second in the overall Grand Slam rankings and is a top contender for the French Open. However, due to the current political conditions regarding the Russian invasion of Ukraine, the Russian players have faced quite a lot of bans and roadblocks.

After Wimbledon banned Russian players, the French Open decided that they would allow Russian players to compete as neutral players instead of being associated with their homeland. This means that Daniil Medvedev will still get a chance to battle it for the championship trophy. Hopefully, his hernia issue won’t cause problems during the championship. 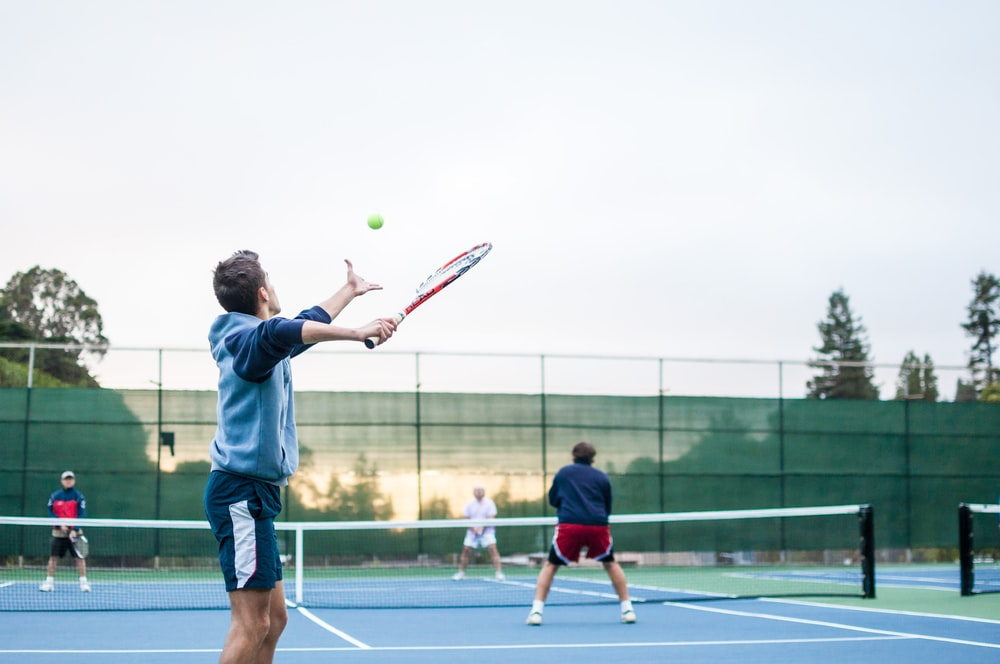 After winning the Australian Open, the 13-time French Open winner is set to play on the clay courts once again. However, the Spaniard sustained a fractured rib while playing against Taylor Fritz in the Indian Wells Finals. That’s why there’s a chance the star player may not perform so well despite getting a clean bill of health.

Despite that, it’s impossible for Nadal to not give his opponents a tough time, especially since Djokovic has returned to defend his title. But only time will tell how much Nadal can endure for the sake of victory.

What Are The Odds?

Since the championship is just around the corner, leading tennis betting sites have released their odds so that tennis bettors can make their pick and wager on their favorite players. Despite sustaining a rib injury, Rafael Nadal is at the top of the odds score list with +120 points. The Spanish player won the Australian Open and was the runner up for the Indian Wells Finals. Following behind is Novak Djokovic with +225 points.

The Serbian player faced a decrease in rankings due to his absence from the Australian Open due to vaccine mandates. Carlos Alcaraz is at number 3 with +400 odds, and the player saw a significant rise in his rankings after winning the Miami Open recently.

However, Daniil Medvedev, who ranks second in the overall rankings, has odds of +1600, putting him in the category of underdogs instead of the favorites, like the rest of the top players.

How To Bet On The Matches?

There are generally two ways to bet on the French Open tennis matches: online sportsbooks and physical bookmakers that hang around the stadium. Of the two, online gambling is the better and safer option, not to mention that it comes with lots of features, and you can make bets directly through your phones.

The first thing you’ll need is to find a good betting site that offers tennis odds. Make sure your chosen site is registered and not illegal in your country. If you’re in the US, you need to check your state’s gambling laws.

Due to the popularity of tennis, many online sportsbooks offer special bonuses and promotions to new and returning users. If you use clever tactics, you could spend less and get free wins.

Once you’ve got a website you like, you need to sign up and avail of the bonuses. But sometimes, these gambling websites make the bonuses vague, so make sure you avail them before betting. You should be able to get a good deposit match and free bets. But before you begin wagering, you need to learn how to bet. 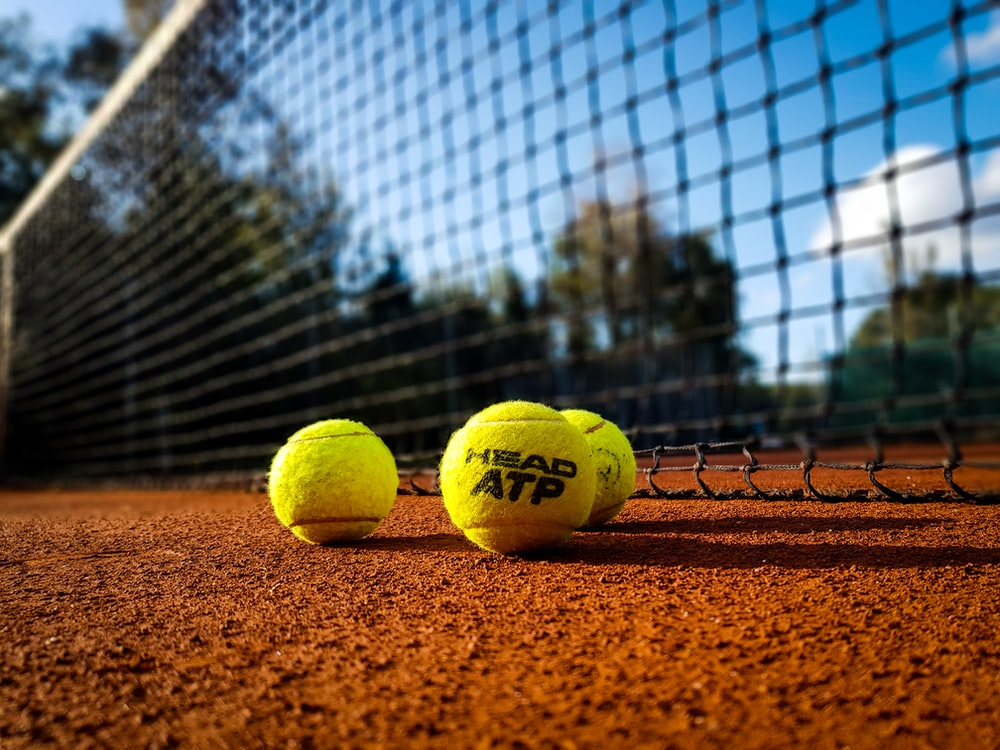 What Are The Betting Lines?

Moneyline bets are the most common bets in sports betting. The bets are straightforward, and you only need to predict the winner. Since tennis matches are easy to predict, you can predict a winner without hassle. However, there’s a catch. If you bet on a predicted winner or a favorite, you’ll need to wager more and win less if you’re right. On the other hand, if you pick the one with low winning chances, i.e. the underdog, you’ll get a lower bet and win more.

This bet is a bit tricky to master but becomes easy once you get the hang of things. The two players are indicated with a plus and a minus sign to signify the favourite and the underdog. If you bet on the favourite, he needs to win by points higher than those listed on the bookmaker for you to win the bet. Similarly, the underdogs need to lose by points lower than the ones listed for you to win the bet.

Futures bets are a bit different than traditional bets available on bookmakers. Instead of betting on the players or predicting the winner, you’ll predict certain events during the match. For example, you’ll need to predict if the player will win the set or not, and if you predict correctly, you’ll win the bet.

Live betting is becoming increasingly popular in the online betting scene. Live betting allows you to wager on live events instead of looking at the odds and wagering beforehand. Different bets are available, but you need to be quick because the outcomes change in just a few minutes.

Which Betting Lines You Should Pick?

Picking the right betting line will increase your chances of winning. But the betting line you pick largely depends on your experience. Professional gamblers can easily work with totals and spread bets, which may be difficult for novice bettors to understand.

On the other hand, new bettors should stick to moneyline and future bets if they want to win and get the hang of things. Moneyline bets are easy to read, and you can make good predictions based on the odds because they hardly divert from the odds.

Futures bets let you have a good time while betting and don’t make the whole ordeal too stressful. This way, you can easily understand betting and improve your skills. 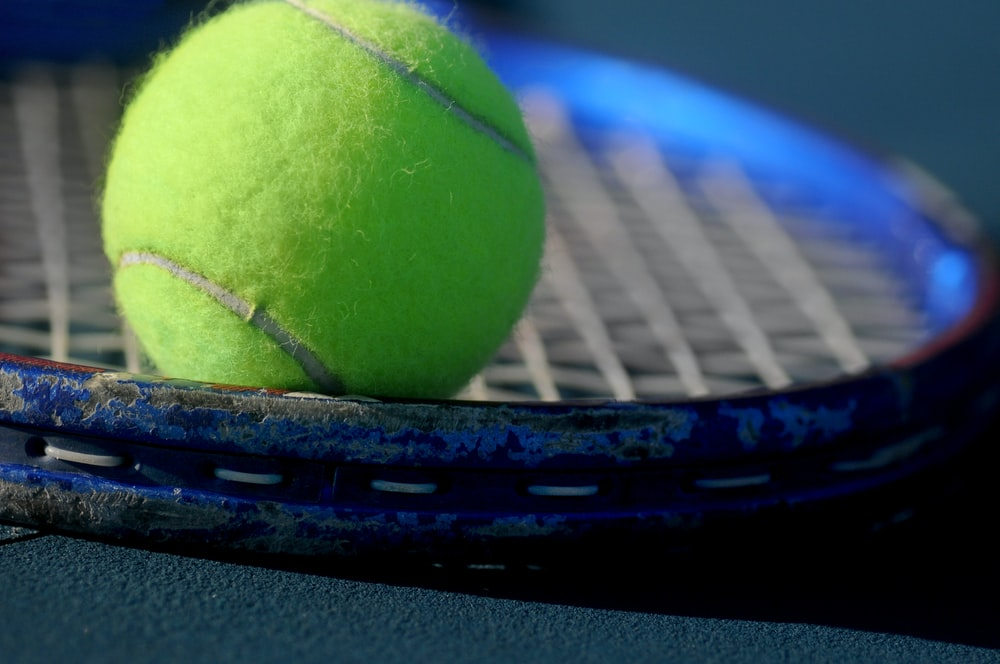 Keep Track Of Your Bank

With any type of sports gambling, you need to keep track of your bank. This will help you figure out when you need to stop and how many losses you’ve sustained. Experienced gamblers usually have budgets for betting, and they don’t go over the limit. Setting an amount and keeping track of it also prevents you from making any hasty decisions in the heat of the moment. Another advantage is that, over time, you’ll improve your betting tactics if you keep track of everything.

Only Wager On Top Players

Since tennis doesn’t have teams or multiple players, it’s better for you to stick with the top players as a newbie, unlike other sports such as basketball and football. Tennis doesn’t have much action either. So betting on a player with low chances will lead to you losing the bets. Not to mention, most seasoned sports gamblers also prefer to bet on favorites.

Make Use Of The Promotions

Most bettors don’t bother with promotions offered by tennis betting sites because they think they’re nothing more than just gimmicks. This may be true, but you can still use them. Most websites reward you with free bets and deposits that allow you to lower your spending. Granted, these free bets aren’t applicable to all the wagers, but you can still win using them. As far as deposits are concerned, you can get a good deal if the sportsbook offers a 100 or 50 % deposit match.

A betting strategy is the most important thing when it comes to becoming a pro at gambling. A good strategy is one that’s easily updated. Because tennis depends on the skills and fitness of one player instead of a team, you should consider their previous performance before picking a favorite of your own. If the match is between two top players, you need to be flexible and change your betting strategy to favor the winner instead of the player you initially chose. 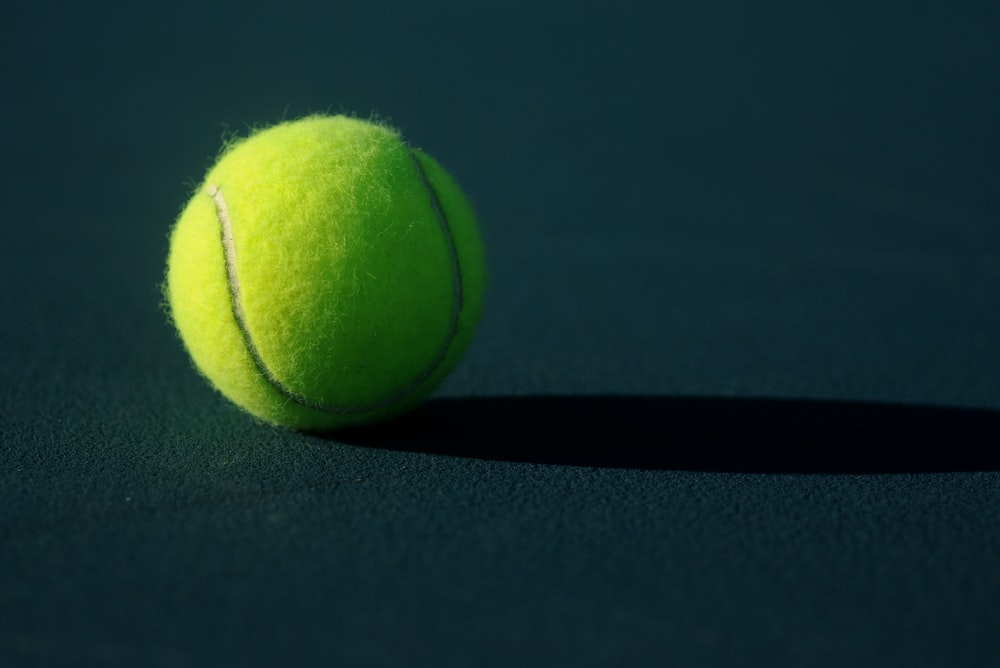 If you want to learn more about betting on tennis matches, check out Betting Sites Ranking. It’s an online platform that lists the best online bookmakers from all over the world. Users can check out the top sportsbooks, compare their features, and even read reviews written by experts to find the site that suits them the best.

In addition to that, users can even look at the top odds for sporting events that’ll take place in the next 24 hours. Foreign users can check out local gambling sites in different regions and websites that accept cryptocurrencies as deposit money.

Moreover, the website also has many helpful guides and tips to help new punters understand the basics of sports betting and help them increase their chances of winning. So what are you waiting for? Head over to the website and get betting today!