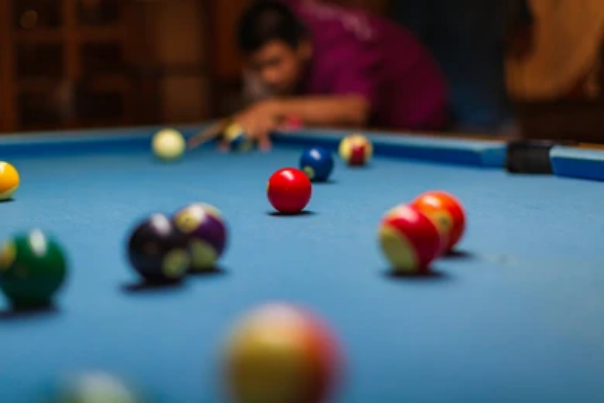 Snooker 101: Everything You Need to Know Before “The Masters” Begins

If you’re looking for opportunities to expand your betting activities, it’s time you start thinking about wagering on some of the biggest upcoming snooker games.

Since its humble beginning, snooker has remained the most famous sport in the UK. But when it comes to the US, not many people are acquainted with it. However, that did not stop it from becoming one of the most mainstream betting markets worldwide. Even with most people not being familiar with snooker, almost all sports betting sites that cater to customers from the US offer betting opportunities for snooker.

If you have been out of those people who just got to know about snooker betting, here’s a quick swift guide to help you know everything about it before you place your first-ever wager on snooker.

Even if you didn’t know about betting on snooker, you must have come across the game once in your life. Snooker is a cue “sport,” yes sport, and not a game invented by the British soldiers in the 19th century. Many people argue that it’s just a “game” because it doesn’t involve physical activities.

What makes it a sport is that it requires just as much athleticism to win the game as any other major sport.

Are Pool and Billiards the Same as Snooker?

Are you wondering if this is the same as the “soccer” and “football” situation, which means the same sport but different ways of saying it? Well, no.

All three of these are different sports with one thing in common; each game is played using the same skinny stick called “cue.” All three of these games have a similar layout where you use the cue to propel the balls into the pockets attached to the table. However, what sets these apart are the different rules and parameters they’re played in.

In North America, the most popular cue sport is pool, and you’ll find it in every bar you most probably visit. 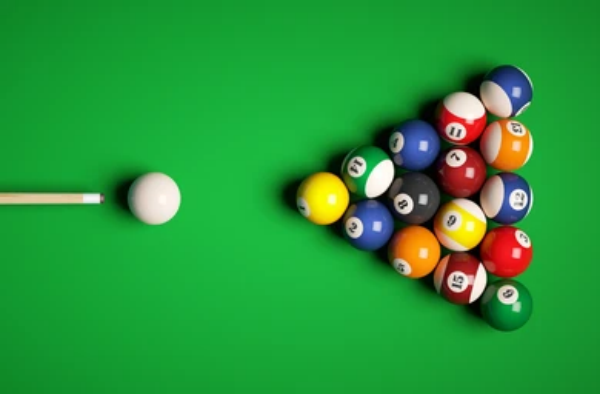 How is Snooker Played?

Snooker is based on a series of frames where the number of frames is set at the beginning of the game. The player who wins the most frames wins the game. Here is the breakdown of the balls used in snooker:

The first frame has to “break” through an initial stroke to begin the game like the pool. This term, break, can have multiple meanings in snooker, the most famous being “winning streak.” Over the progression of that break, the total accumulating points may also be referred to as the “break.”

If a player pockets an “off” ball, that results in a foul. To score points, the player must pocket the call that is “on.” If the player has failed to pocket a legal ball, it’s not counted as a foul, and simple the next player gets to try pocketing it.

What players must remember is that they MUST alternate when pocketing red balls. It’ll be considered illegal if they pocket two red balls in a row. And every time a new turn starts, the colored balls from the pockets are re-spotted on the table, but the red ones remain in the pockets.

Sometimes, due to mathematical reasons, the frame can end earlier. For example, when a player achieves a substantial number of points that leave no room for the opponent to catch up, the player is declared the winner, and the frame is over.

Sometimes when all the balls in the frame are pocketed, the match can result in a tie. The black ball is re-spotted to break the tie, and a coin toss decides who gets to take the first turn. Whoever pockets the black ball first without fouling wins the match.

Why is Snooker a Compelling Game to Bet On?

Here are some reasons why betting on snooker is fun and beneficial for you:

1. Players can call foul on themselves too.

While many people might think of this as a bad thing, it’s quite good. There are unfair and inaccurate calls so often for other sports. Is there anyone who can correct the referee when they miss out on a foul? Not really.

But snooker players have the ability to own up. Therefore, when betting on snooker, there are fewer chances of you being “robbed” of a win due to a referee mistake.

In order to make some winning strikes with the cue, players must have some basic understanding of physics. By this, we don’t mean complicated questions but simpler things instead.

Using physics helps players understand how different trajectories can result in specific outcomes. This means you can track players’ history and keep a check on which players make the most accurate shots. The better the understanding of physics, the easier the shots can seem.

3. Snooker has a lot to offer from a strategic angle.

Snooker is a solo sport where the player focuses on trying their best to pocket the balls in the right order. But at the same time, the player must also plan how to prevent their opponent from pocketing the balls.

In this case, snooker is similar to chess, where you aim to pocket most balls and prevent your opponent from making any points.

Unless and until you plan on purchasing a snooker table, you might not run into a chance to play this sport yourself since it’s so big, no bars usually keep them. However, monitoring each game closely and betting can help spark an interest in pool instead.

Since pool is more easily accessible and can be found in local bars, you can denote your newfound love for snooker by playing pool. 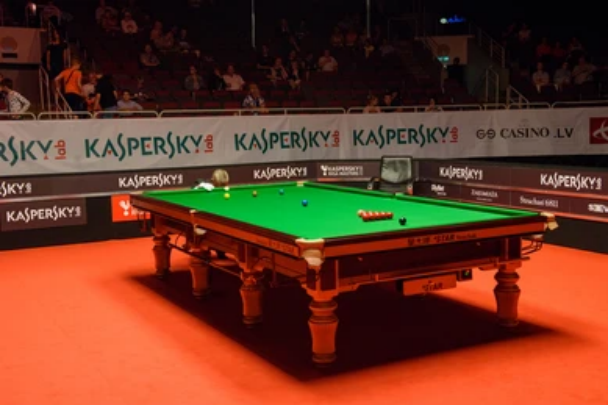 Now that you’re well aware of the sport itself and understand how things go about let’s discuss some of the most important snooker events worldwide. There are three triple crown series that are worth your attention:

If there’s only one snooker event you’re looking to bet on every year, then World Snooker Championship is worth your money and attention. One of the most famous snooker events worldwide draws the best snooker champions for an intense competition.

The first-ever World Snooker Championship took place in 1927, where a single player, Joe Davis, won the championship 15 times in a row. The event lasts 17 days each year, where May Day is the tournament’s final day, with 32 players in total.

The Masters is a professional invitation-based snooker event that started in 1975 and is the second oldest snooker tournament worldwide. In the first game, ten players were invited, and the number of players accordingly increased to 16 over the years.

The UK Championship is the third event of the Triple Crown series, which is a professional ranking tournament. It’s usually held at the Barbican Centre in York. The first-ever UK Championship was hosted in 1977, originally a British-only competition.

Over the years, the event opened up to other international players and now accepts entrants from all countries. 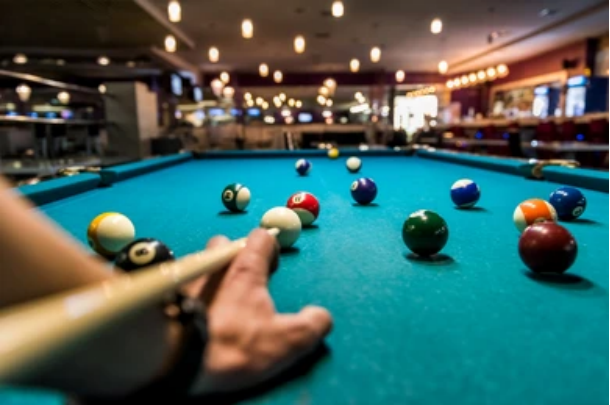 Snooker Best Worth Your Attention

Let’s discuss some common and some uncommon snooker bets that are worth your time and money:

If you have some clear guesses on who will win the match, you can make a match bet on it. This is one of the most common snooker bets offered by sportsbooks.

If you don’t know who will win the match but know for a fact who will win a specific frame, you can place a wager on frame bet. An alternative to this can be a prop bet to guess the number of frames a player will win in a specific match.

When sportsbooks remove or add points to level the playing field, it’s called a handicap bet/wager.

This bet is similar to a match bet, but rather than deciding who will win a match; you make a bet on the player you think will win the event.

Just as the name explains, a bettor places a wager on the player they think will end second.

If you already have a confirmed guess on who will win a match that is yet to happen, probably months away, you can make a future bet. These bets usually have a bigger payout.

Live bets occur when you make bets while the match is live. Here, the bettors can make well-informed bets as the event keeps progressing.

There is a wide array of proposition bets that are available for snooker. They are also known as “prop” bets that are placed on anything that has nothing to do with the event’s outcome. While sometimes you can be strategic with snooker props, at other times, it’s merely and purely based on luck and chance.

Some of the most popular accumulator bets include teasers and parlays. In these bets, bettors combine multiple selections, and they must win all of them to win the big jackpot at the end. Even though these bets are quite risky, the end reward is worth the while. 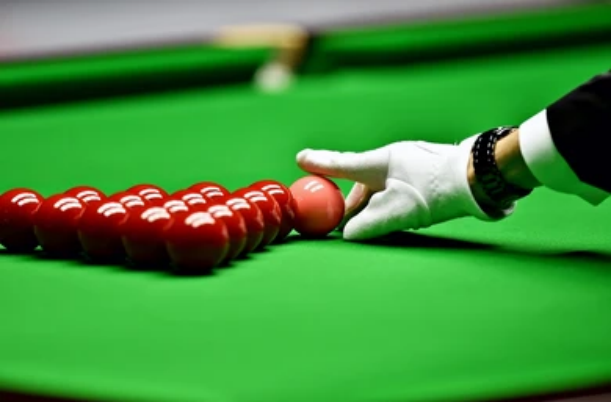 Snooker is a very interesting game with a wide array of betting choices for bettors. Even though the event is more popular in the UK, a wide range of US-based online sportsbooks can help bettors in the US bet on snooker. If you’re new to online betting, visit Betting Site Ranking for the utmost honest reviews of popular betting sites.

Betting Site Ranking serves more than 100 countries by helping them find the right sports betting site. From cricket to golf and snooker, their team of experts is working around the clock to find the best betting sites for their customers.