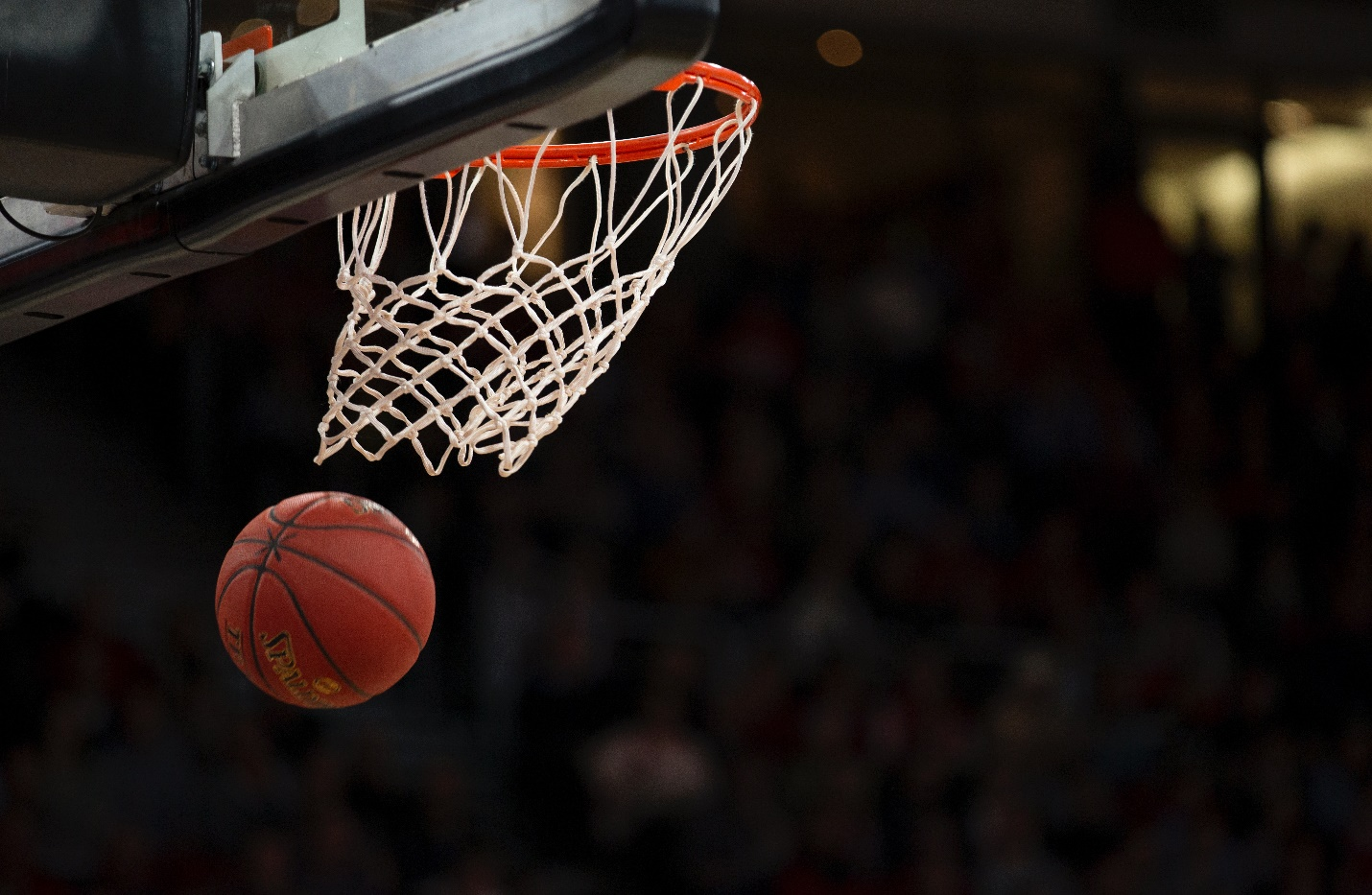 Well, there’s no doubt that NBA playoffs have been the stage for some of the most memorable and iconic moments in all of the sports, as well as some of the most intense individual and team matchups ever.

However, mixed in with each of these epic moments are some equally epic upsets. While they may not be as prevalent as they’re in the NHL playoffs, upsets in the NBA playoffs do happen once in a while.

Secondly, there’s a significant gap in talent between the No. 8 and the No. 1 seed, which is evident in the playoffs. It’s not surprising for a sub-.500 team to make it to the NBA playoffs as a No. 8 seed and then be obliterated by the No. 1 seed. Typically, an extremely strong squad wins the NBA championship. Moreover, NBA playoffs aren’t as prone to fluky events that change the course of a season or a series. For instance, we’ve all seen how an erratic bounce off the boards, a crazy deflection, or things like these changed courses of the NHL playoff series. But this doesn’t happen in the NBA playoffs and the better team usually wins. Yes, the series might have enough drama, may go seven games, but the cream often rises to the top in the NBA playoffs. It’s due to this that when there’s a real upset, a truly jaw-dropping, eye-opening stunner, it resounds through the sports world like an explosion.

Here, we discuss 9 of the biggest upsets in NBA playoff history. 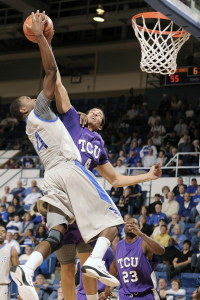 Coming off a Finals trip in 2006 and led by MVP Dirk Nowitzki, the Mavericks won 67 games in 2006-07 – and while they outperformed their peripherals by a fair margin, they were still 61-21 by point differential, which was second-best in the league. Meanwhile, the Warriors were outscored in the regular season, and Dallas had 7 games to exert its theoretical advantage.

Mavericks didn’t have an edge over those particular Warriors. Golden State used an unorthodox lineup that made Dallas uncomfortable in all meetings and won all three regular-season matches; it used wings like Stephen Jackson to guard Nowitzki and heavily relied on a physical, big point guard in Baron Davis to frustrate the defensive scheme of Mavs. While the Warriors took Game 1 by 12 points in the playoffs, they lost Game 2 after Jackson and Davis were ejected for a couple of technical fouls apiece.

Back at home, the Warriors won 2 more games – thanks to their raucous crowd, and after Dallas managed to stay in the competition with a Game 5 victory, where Jackson was ejected for the second time, the home advantage was at play again in the Game 6 blowout. In the final match, Nowitzki scored 8 points on 2-for-13 shooting and Jackson scored 33 points on 7 made 3s.

Dallas became the first team since the 1972-73 Celtics to not win the title despite winning at least 65 regular-season games; Golden State delivered a memorable upset. Considering the surrounding context, this might be the number 1 upset in modern playoffs by pure feel and emotion.

While the Sonics’ first-round loss in the previous season was more memorable, their 1995 drubbing in the 4 vs. 5 match-up was equally improbable. At 61-21, Seattle tied for the best Pythagorean record of the league that season while the Lakers checked in at 40-42.

However, the Lakers stole 3 consecutive matches by a combined 10 points after Seattle won Game 1 in a 25-point blowout. Elden Campbell, Anthony Peeler, Cedric Ceballos, and Vlade Divac chipped in double digits, and Nick Van Exel led the way with 25 points in 46 minutes per game. 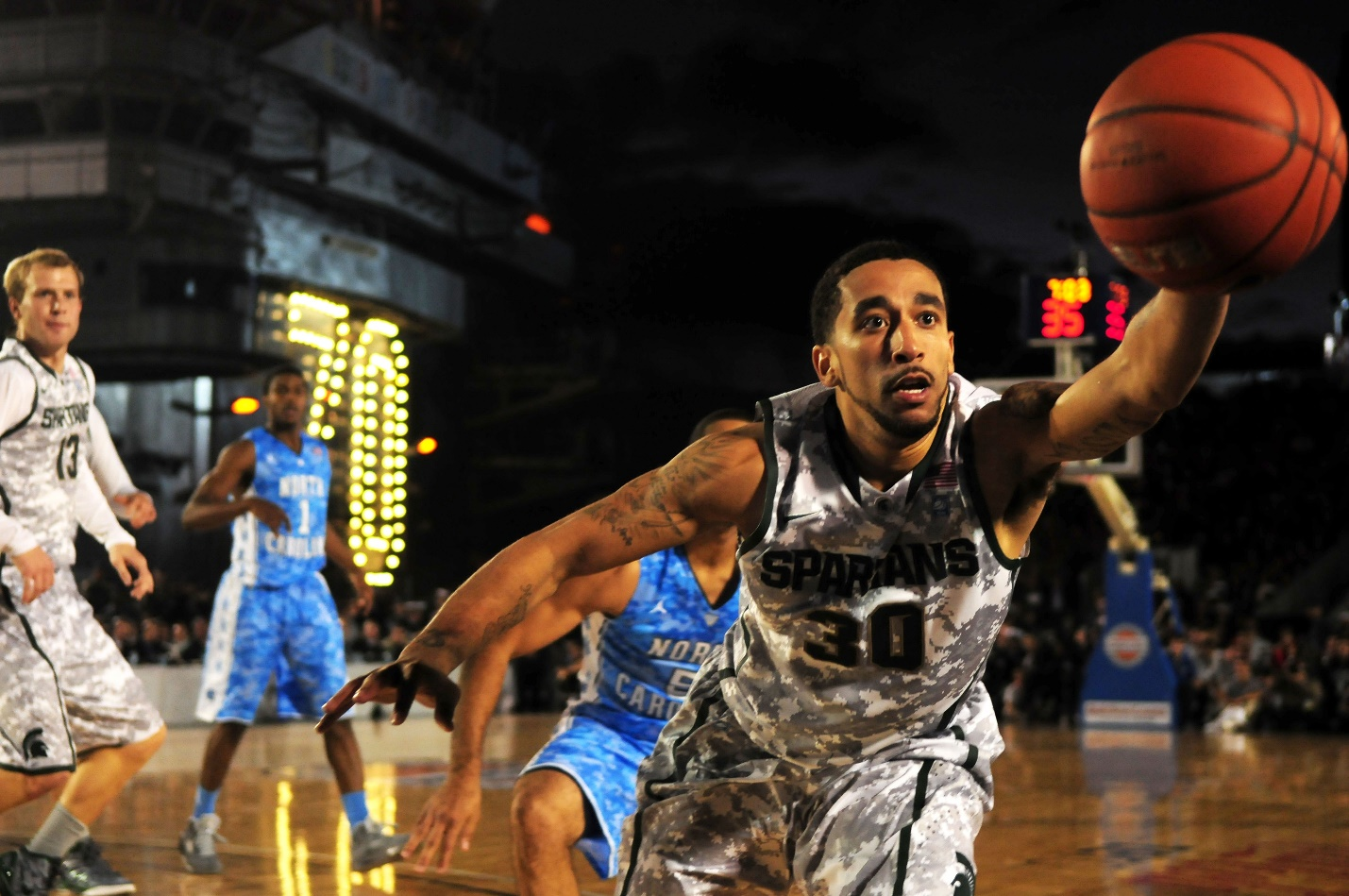 Game 2 delivered the biggest punch for Seattle, when the offense of 110 points per game ground to a halt, scoring just 11 points in the 4th quarter; Detlef Schrempf, Gary Payton, and Shawn Kemp – all All-Stars that season – combined to shoot 0 for 7 in the quarter. After the loss, George Karl said that home-court advantage isn’t very important. Yes, it’s nice to have some, but playoffs are generally won by winning on the road.

Well, SuperSonics didn’t do that, like they didn’t against Denver in the previous postseason.

Cavaliers wasn’t a strong team in 2017-18. In fact, they’re the worst Finals team by point differential since the playoff expanded to 16 teams. They weren’t a lot better in 3 out of 4 playoff rounds: they needed 7 games to beat both the Celtics (in Round 3) and 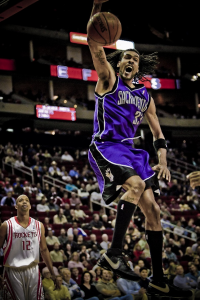 the Pacers (in Round 1) and were outscored against Indiana. They lost in a sweep in the finals.

However, they turned the Raptors into roadkill for one round – the 3rd consecutive season they eliminated Toronto.

In this season, the Raptors were the best regular-season team in the East, with 60 Pythagorean wins and 59 actual wins. However, they just couldn’t stop Lebron or the shooters with him. They squandered a double-digit lead in the 4th quarter in Game 1 before losing by one in overtime. They lost Game 3 on a James buzzer-beater off the glass.

They didn’t just fail to win a series; they had a 90% chance to win – they were swept. But at least, the postscript worked out better for Toronto: the continued failures of Raptors led Ujiri to break up his core, replacing DeMar DeRozan with Kawhi Leonard that summer and James left for the Western Conference once the season was over.

In 2011, the Hawks were the no. 5 seed and the Magic no. 4. But under the surface, the two teams looked much further apart.

The Pythagorean record of Atlanta was 39-53, and Orlando’s was 56-26. Yet in Game 1, despite 19 rebounds and 46 points, the Hawks managed to win – and set the tone for the remaining series. Despite the singular dominance of Howard, the depth of Hawks proved crucial. The role players of Orlando couldn’t buy a bucket as the team shot 26% on 3-pointers for the series and Atlanta won 3/3 home games by narrow margins: Game 6 by 3 points, Game 4 by 3 points, and Game 3 by 4 points.

The Magic lost to the Celtics in a notable upset a year before, and managed to lose another – and they haven’t won a single playoff series since.

Nobody expected Denver to topple Seattle in the 1994 playoffs. Not during any point in the regular season, when Seattle was the best team in the NBA – 64 Pythagorean wins and 63 actual wins – with Jordan retired. Not when the series shifted to Denver after a couple of games, Seattle won both matches by double-digit margins. And certainly not when their 1-versus-8 series began, given that a no. 8 seed never upset a no. 1 seed before. 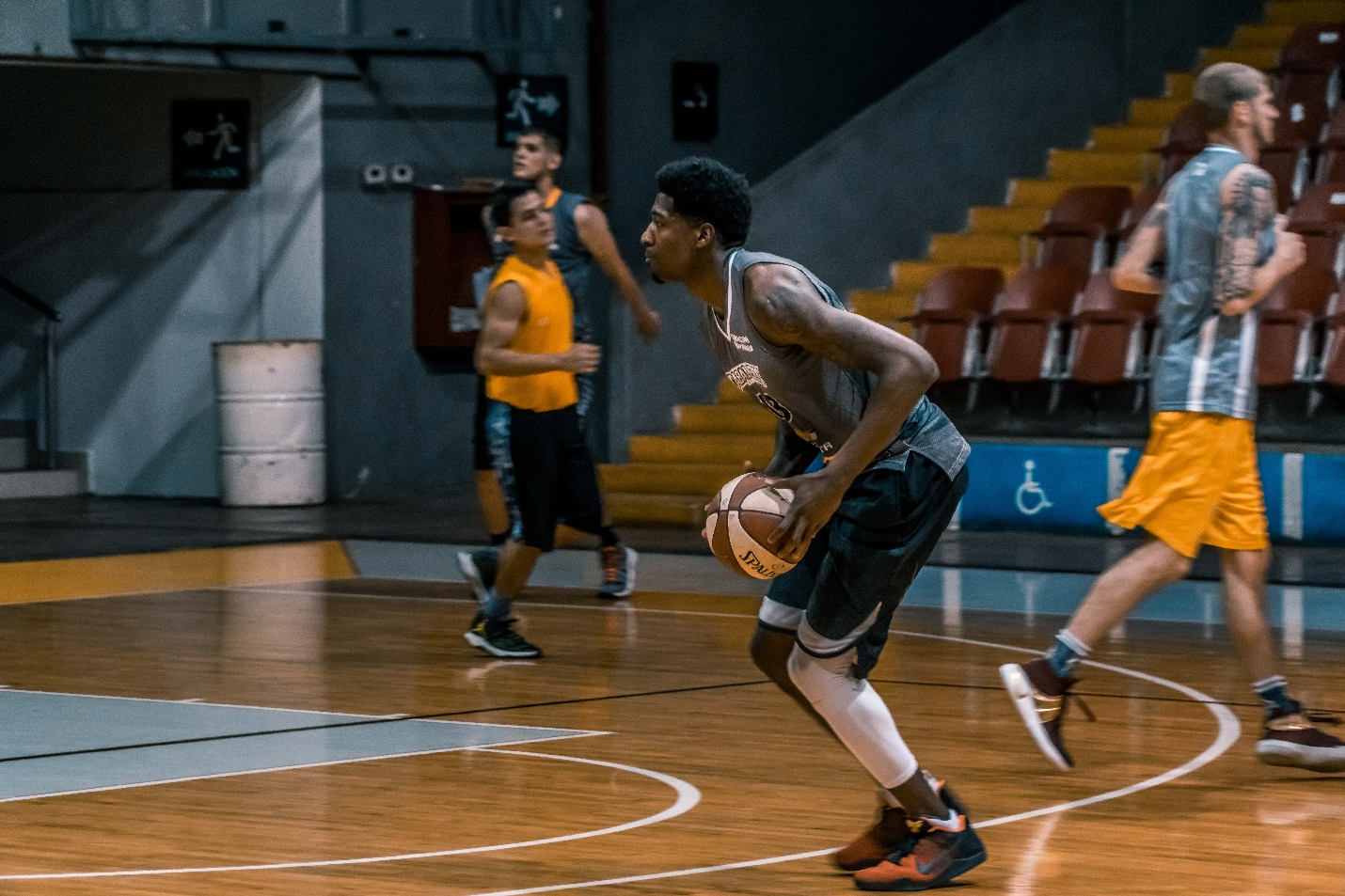 Most importantly, the defense of Nuggets clamped down on the Sonics’ stars, holding one of the top offenses of the league to under 100 points in all contests after the first game. The Sonics scored a combined 9 points in the two overtime periods in the series. They missed their last shot of Game 5, letting Mutombo secure the rebound and roll on the floor with incredible tears of joy.

While everyone knows the end of this series, not many are aware of the context. In 1988-89, the Cavaliers had the NBA’s best Pythagorean record with 60 wins and won every regular-season game against the Bulls. This means they were on their way to secure an easy win in the first round of the series.

However, Michael Jordan had other ideas. 50 and 55 points in the first two wins, he had already eliminated the Cavs in the 1988 postseason’s five games. In addition, Jordan’s game-by-game scoring log in the 1989 series indicates the blend of efficiency and volume that characterized his whole career.

The Bulls won the 1st and 3rd game while Cavs won the 2nd and 4th. And in Cleveland’s decisive contest, with the home team up by 1 point after a Craig Ehlo layup with just 3 seconds left, Jordan dribbled past Ehlo after taking an inbounds pass and successfully scored one of the most iconic shots in the league history.

This was the Rockets’ 4th upset, which came over the Suns in the 2nd round and came with a 32.3% chance.

While the Jazz was able to tie with the SuperSonics for the best Pythagorean record in the league, they never found a way to slow Olajuwon (much like every other team that played against the Rockets that postseason). The Rockets center scored 35 points per game in the series, which included Game 5’s 33 points. Teamed with Clyde Drexler (31 points in Game 5, 25 per game), the Rockets center propelled the defending champions to the next round. While Stockton (a match-winning layup with less than 3 seconds left in Game 1) and Malone (30 points per game in the series) tried their best, they always fell a tad short in the playoffs.

We’re not just talking about winning the series; the Heat looked untouchable from opening tip to final buzzer, exploiting almost every weakness Milwaukee had on both ends – the credit goes to Heat’s impeccable execution of the shrewd game-planning. And when the possesses mattered most, the advantage of Miami widened: the most decisive win in the 3rd game, when they put an end to Bucks’ chance to make the series competitive with a 40-13 4th quarter – the largest margin in the history of playoffs.

Much like the Cleveland team, they defeated the previous postseason, the Magic had swept through the first 2 rounds of the playoffs. However, like that Cleveland team, the Magic ran into a roadblock in the conference finals. The Celtics deserved to win after defeating the top-seeded Cavs of Lebron in 2010, and they dismantled the Magic as well, winning the initial 3 games of the series before finishing them off in 6. Ray Allen (42), Rasheed Wallace (43), and Pierce (45) all tormented the Howard-centric defense of Magic from a 3-point range.