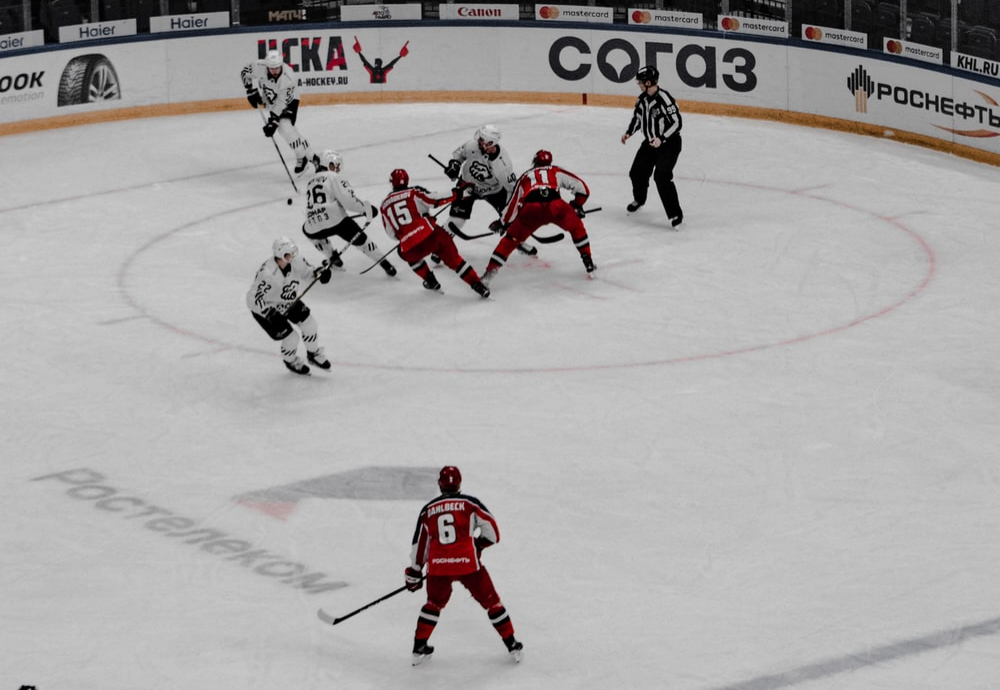 The IIHF World Championship is a prestigious ice hockey championship scheduled to take place from May 13th to 19th. The games are hosted in Finland, and this year’s host cities are Tampere and Helsinki, but Tampere’s new Nokia Arena will be the main venue for most of the games. Fourteen nations will compete and try their luck at winning the game.

IIHF World Championship matches are also quite popular among online sports gambling fans, and that’s why to attract new players, top online sportsbooks release special promos and bonuses each year. If you’re interested in trying your luck at ice hockey gambling, this guide is for you.

What Is The IIHF World Championship Format?

The teams are chosen based on their previous year’s rankings in the preliminary round. So for the 2022 games, the top sixteen teams will be chosen based on the 2021 rankings, using the serpentine system. These teams are divided into two groups, and each team plays in a single round-robin format. The top four teams from each group advance to the next level while the rest are eliminated. 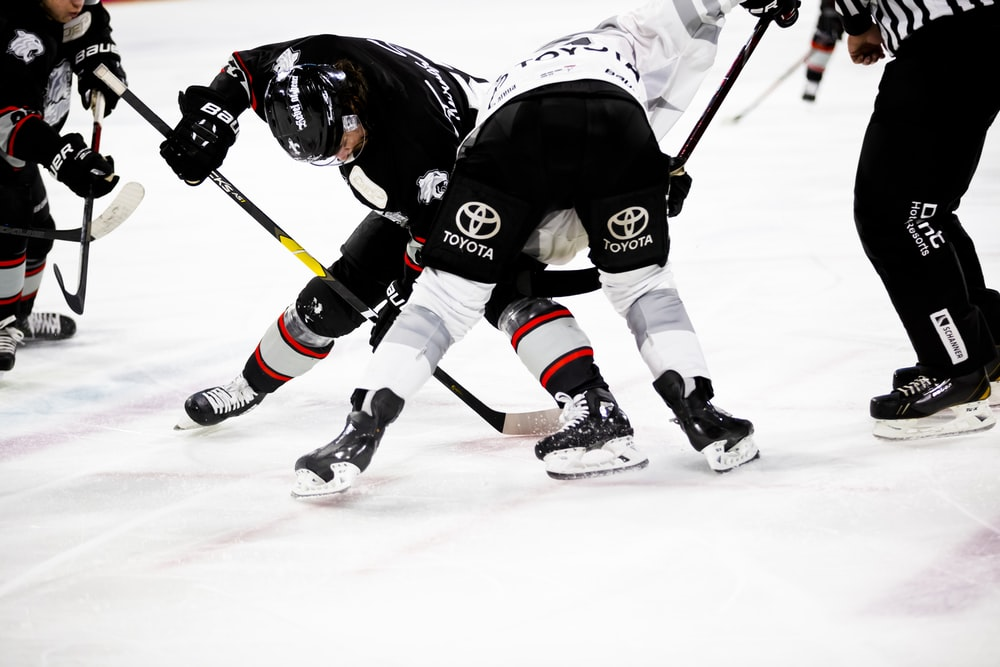 Which Teams Are The Best?

Due to the ongoing political unrest in the world regarding the Russian Invasion of Ukraine, the IIHF has banned Russian and Belarus players from competing in the championship. Besides that, the teams playing in group A are Canada, Germany, Italy, Switzerland, Slovenia, Denmark, and Kazakhstan. At the same time, the teams in group B are the host Finland, USA, Czech Republic, Sweden, Latvia, Norway, and Great Britain. This will be the first time in 24 years that Great Britain will be participating in an ice hockey event.

The top favorite this year is the host, Finland. Finland won the gold medal at the 2022 Beijing Winter Olympics after defeating the Russian Olympic Committee (ROC) in the final. However, Finland has many challenges in the IIHF championship matches because they’ll be going against tougher teams such as Canada and Sweden, with a much better ice hockey pedigree.

Canadians are the champions when it comes to ice hockey. It’s the country’s national sport, and the Canadian team is known to give the opponents a tough time, especially with their rugged playing style. Their 2016 Hockey World Cup win and second place in rankings have shown that the team has what it takes to win the championship.

Sweden has moved up two spots since the last IIHF World Championship. The team is considered one of the best ice hockey teams globally and is a part of the so-called ‘Big-Six.’ The team also won the bronze medal at the 2016 hockey world cup but hasn’t won anything in the World Championship since 2009. This year, the team looks promising as they have entered the preliminary round being one of the top teams in group B.

Team USA has always been right behind Canada when it comes to ice hockey. The country’s Ice Hockey League has produced great players that give the team versatility and talent. The team is the current winner of the 2021 bronze tournament and has earned 13 podium finishes, including one gold medal.

What Are The Odds?

According to the official rankings, Finland leads the pack with their odds at +181 and is declared a favorite. The team also has the advantage of playing at home, further boosting their chances of winning.

Following behind in group A is a member of the Big Six, Sweden, with +270 points. Despite not having such a good year, the team is still at number 2. Then there’s Canada at number 3 with +320 points. The Canadian team got a jump in rankings due to the elimination of the Russian Team.

Further down the line is team USA with +640 points. The US team is quite optimistic about establishing their place in the quarter-finals after the preliminary round. These teams are considered the favorites in the broader sense of online gambling, and new sports bettors should stick to these teams when it comes to online betting during the championship. 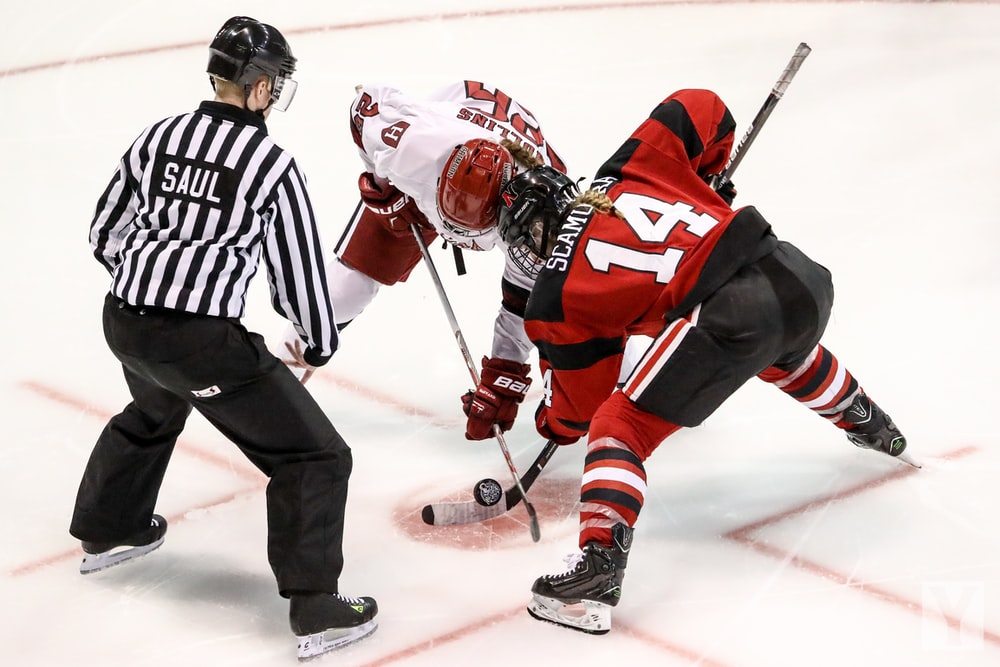 How To Bet On The Games?

Finding a good betting website is the hardest part of online gambling. There are just so many websites out there that it becomes arduous to find one that fits your needs. The best way to pick a betting site is to stick to the top ones. However, if you’re an international bettor, you might want to check the license of your chosen site to avoid any legal issues regarding banking options. Additionally, you can even pick the sites based on the banking options you want. For example, if you want to use your bank account or cryptocurrency.

Once you’ve picked a website, you’ll need to create your gambling account. The website may ask for identification and banking information depending on the rules. Some websites allow you to link 3rd party payment apps such as e-wallets and crypto-wallets. However, they may charge some service fees for the 3rd party accounts.

IIHF Championship is huge in one betting world, and that’s why top betting sites always release some promotions to lure in more customers. While most consider these to be attention-grabbing gimmicks, they can be useful if you use them wisely. For example, you should always avail the of free bets. Even if the bets don’t offer a good wager, you can still win something and improve your skills. Second, the deposit matches or bonuses on wins allow you to save your money and bet using these promotions.

Wait For The Wagers

Don’t make the mistake of wagering too soon, especially if you’re new to online gambling. It’s better to wait until the last minute to place your wager because once you place them, the website locks them. So if there are any changes in the format or teams, you won’t be able to change anything. Not to mention if you end up losing the bet and your money. 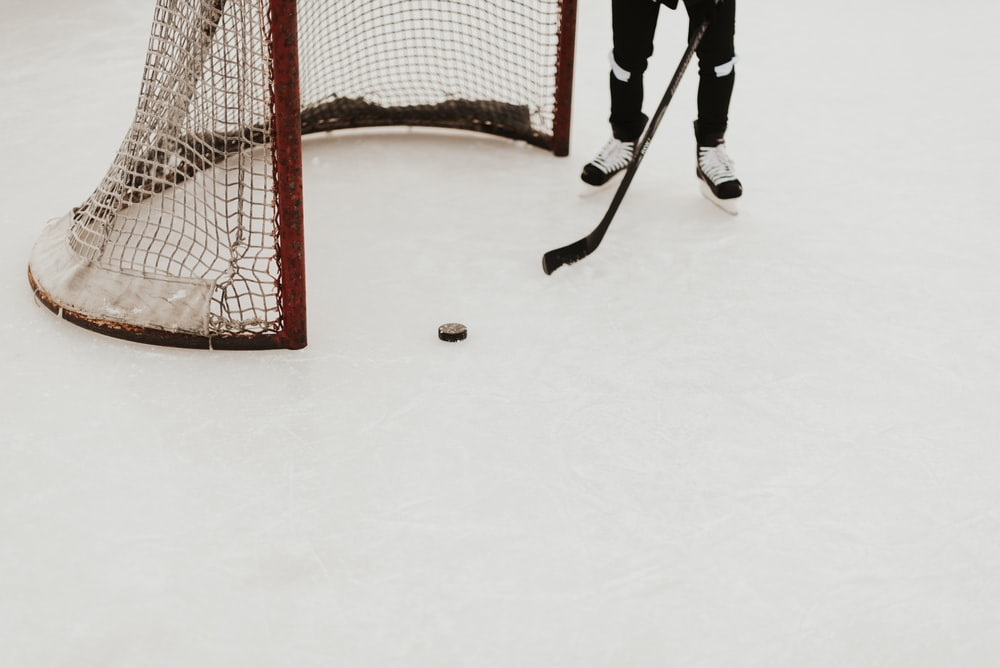 What Are Some Popular Hockey Betting Lines?

League bets are quite difficult to predict, and they spin over the entire tournament. The results depend on the ending of the tournament, and the wagers are quite high. Moreover, if you end up losing, you will lose all the money you put in the bet. So for novice bettors, league bets aren’t recommended.

On the other hand, moneyline bets are one of the easiest bets to make. You only need to predict the outright winner of the tournament, and the money is yours. There are no additional conditions or rules you need to follow.

Puckline bets are the spread bets in ice hockey. You need to either pick a favorite or an underdog to bet on. The catch is that your chosen team needs to win by points higher than those given in the odds or lose by points lower than the odds for you to win the bet.

Future bets are another version of outright bets, just like moneyline and league bets. These bets are made on a series winner, group winner, or just a team that might receive a special title or award at the end of the championship.

Live bets are in-game bets that are only placed once the game starts. These can be outright bets or bets related to an event in the game. However, since they keep changing throughout the game, it’s a bit tricky to master them.

Parlay bets combine two or more bets for a single team. So if you end up winning, you’ll get a double payout. However, if you end up losing even one, you won’t win anything even if you win one of the two bets. These bets are riskier but usually involve bigger payouts. 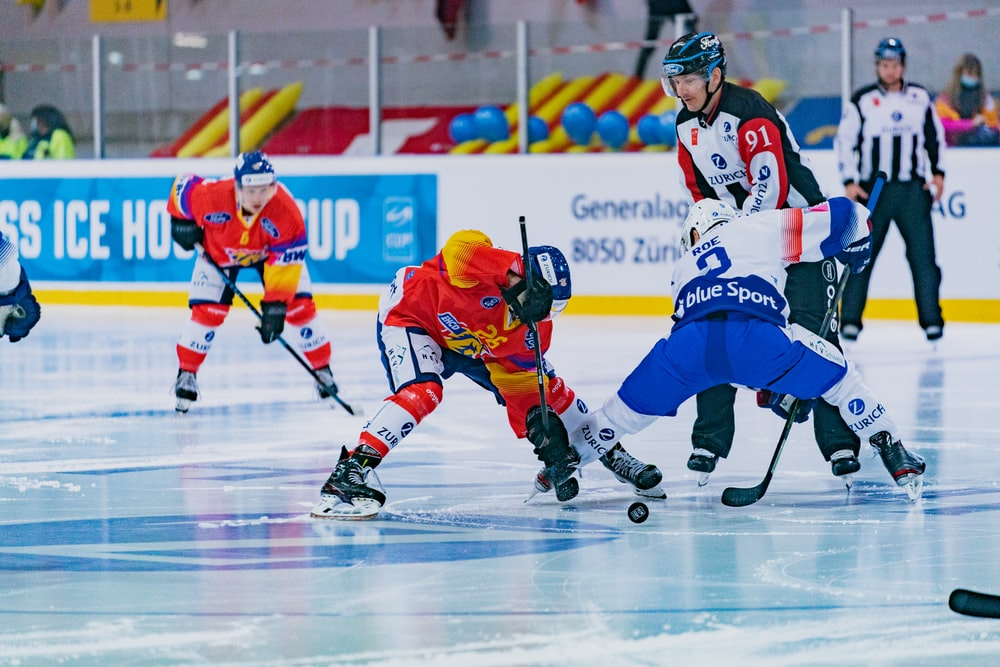 Don’t Stick To One Team Or Player

Since new bettors are inexperienced, it’s difficult for them to have insights into each team in the championship. That’s why they tend to stick to a single team or a player. But sticking to one player or team decreases your prospects of winning the bets, which in turn decreases your chances of scoring big. So if you’re unsure about the player or team stats, it’s better to stick to the top players or teams that are in form. Because generally, they have a higher chance of winning.

Keep An Eye On Your Spending

Another difficult thing for new bettors is to control their budget. Most of the time, they don’t keep track of their spending and end up using all of their deposits. This shouldn’t be the case. Before you start betting, you need to set a budget, and you should stick to it.

The best way to do this is to log each of your wins and losses somewhere so you can look at them. This allows you to know how much you’ve already spent. Another thing you can do is to use the promos, bonuses, and free bets. They might look useless, but they can help you save on gambling.

Finally, stop wagering even if you were winning once you reached your limit. Most people have the mentality of going for a one-last bet that only ends when they’re out of money.

The biggest mistake you can make when gambling on hockey is wagering without any research. The odds available online are based on predictions, and these predictions can change at any time.

Sometimes, a player is injured or removed from the team, which lowers their rankings. But that doesn’t mean the team is not efficient anymore. However, punters might not be aware of this and may lose their chances of winning bets by betting on the opponent. A little research of recent news articles or official websites would save you from this.

It’s natural to get frustrated if you’ve sustained a few losses during online wagering. But instead of stopping, some bettors revert to rage betting in hopes that they’ll eventually win something. The thing is, even if they do win, it wouldn’t be of much value considering the amount they lost while wagering. So if you find yourself getting frustrated while betting, the best thing to do is walk away when you still have money.

Go For The Future, Moneyline, Or Puckline Bets

These three betting lines are the easiest when it comes to ice hockey. Most of the time, when two uneven teams go against one another, it’s given that the favorites will win. Additionally, you can monitor the teams’ performance and easily figure out future bets.

The advantage of betting on these lines is that your wins won’t be tied to a particular event in the game or a player. So if you monitor the performance of the teams carefully, you can easily win these bets. 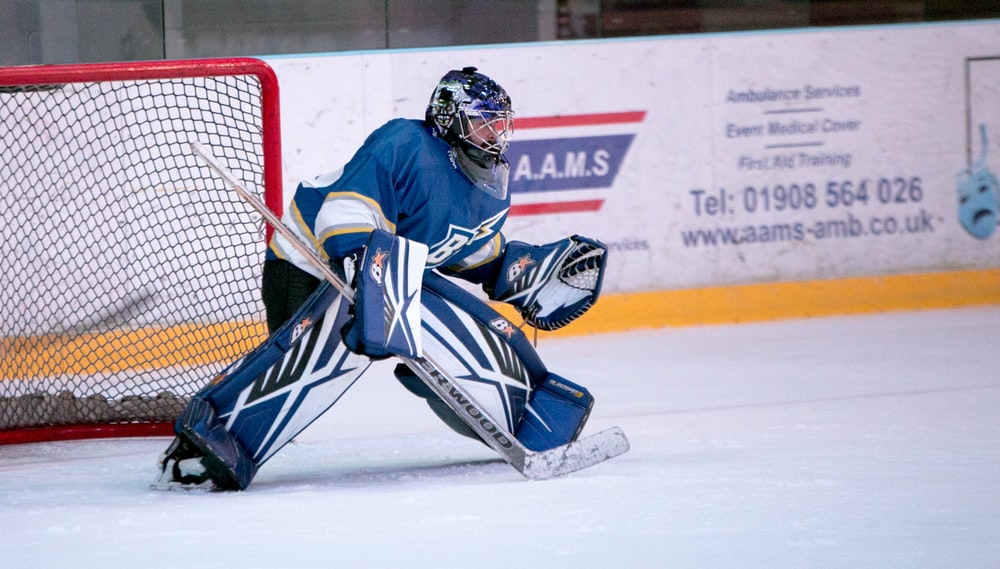 If you’re interested in finding the best betting sites to wager on the IIHF Championship, take a look at Betting Sites Ranking. It’s an online platform that lists the top sportsbooks from all over the world. Users can find online bookmakers, compare their different features, and even read reviews written by experts.

Besides that, the website also lists the top odds for sporting events that’ll take place in the next 24 hours. For foreign users, the website has a section to look up local online gambling sites in different regions globally. Other than that, users can read helpful guides on different sporting events to help them get started with sports betting and also increase their chances of winning big. So hurry up, head over to the website, and start gambling today!