History of Betting on the UFC – Biggest Matches, Betting Guide, And Predictions

The UFC is quickly growing into one of the most popular sports among fight fans from all over the world. From selling out huge sports arenas to having Conor McGregor, the highest paid athlete in the world, the organization is projected to only grow as the years pass. Before you can start betting on the UFC, you’ll need to know all the ins and outs of the sport. Understanding the rules and fighters will allow you to make informed decisions.

In this guide, we’ll go through everything you need to know about online betting in the world of professional mixed martial arts. We’ll also teach you how to make smart UFC predictions and pick the best picks for your bets.

Difference Between MMA And UFC 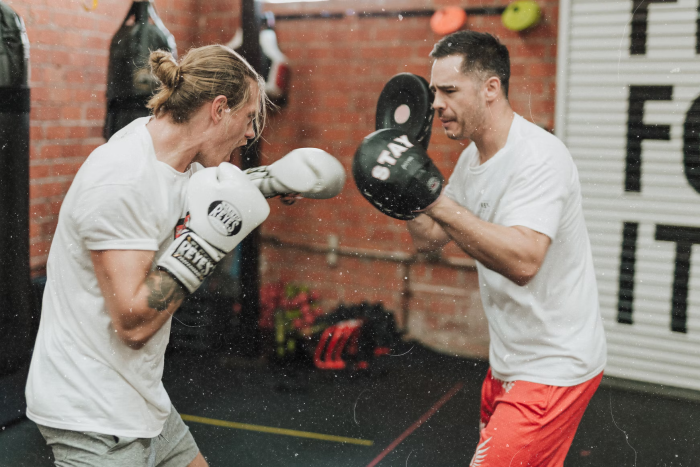 Most people do not realize that there are significant differences between the two. They tend to talk about the UFC instead of mixed martial arts.

Although mixed martial arts is a sport, the UFC organizes the fights. Since the UFC hosts some of the best fighters globally, not everyone can compete with the best in the sport.

Although the rules of the game are the same in both the UFC and other MMA organizations, the regulations of each organization can vary significantly. Some tournaments have lax rules that can lead to dangerous fights.

In Japan, for example, a fighter can still kick their opponent even if they are down. In the UFC, though, this can get them disqualified.

Although it’s hard to pinpoint when mixed martial arts first started, it’s generally believed it occurred sometime during the 1970s.

In 1976, former heavyweight champion Muhammad Ali participated in a publicity stunt by facing off against Japanese professional wrestler Antonio Inoki.

Unlike other sports, the concept of the UFC was not an accident. Instead, it was a brutal competition that featured the best fighters from different countries. The event only had three rules: no eye-gouging, no groin strikes, and no biting.

Before Dana White purchased the company in 2001, the organization was still using outdated and allowed dangerous fighting techniques. It only started following the rules when it established the Unified Rules of MMA in 2001. 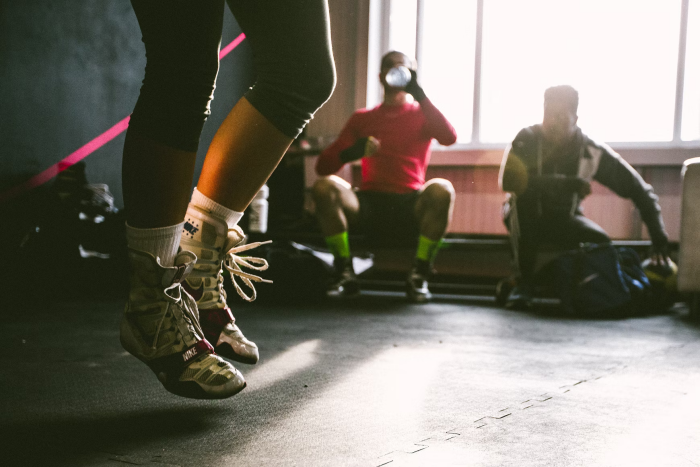 Before you can start betting on UFC fights, it’s important that you know how to read the odds. This will allow you to make better predictions.

Like other sports, the negative value of the betting odds is the favorite. On the other hand, the underdog is usually indicated by a plus sign.

Let’s consider a case where the favorite is Khabib Nurmagomedov, a popular and undefeated mixed martial arts fighter. He will face off against the dangerous and unpredictable Conor McGregor.

According to Nurmagomedov, McGregor is the most challenging fighter he has ever been in the octagon with.

Although Nurmagomedov is considered the favorite, he will have difficulty defeating the former champion due to his lack of experience and weaknesses. While it may be a safe bet to wager on Nurmagomedov looking at his undefeated record and dominance in the UFC, it would be a rookie mistake to think that Conor can’t beat the odds once again.

One of the most common types of bets is the moneyline bet, which essentially means that you only need to pick a winner. Usually, the odds for these bets are lower than those for other sporting events.

Over/under is another popular bet. This bet is usually placed on whether or not the fight will end before a specific round.

The Over-Under option is also indicated by the number of rounds that the fight must end by. For instance, if the fight is scheduled to end after the 2.5-minute mark of the third round, then the Over/Under bet should be placed.

The Over 3.5 round option is also indicated by the number of rounds that the fight must end by. This is standard procedure for championship matches.

There are various types of prop bets that can be made on professional mixed martial arts events. Understanding these bets will allow you to have fun while placing your bets.

One of the most common types of prop bets that can be made on an event is the “Go the Distance” bet. This bet indicates that the fight should last the full five rounds.

Another type of prop bet is the Inside the Distance wager, which indicates that the fighter with the best chance of winning the fight will be able to do so within a certain number of rounds.

Another type of prop bet that can be made on an event is the Method of Victory bet. Keep in mind that the odds for this bet are very high. Before making a bet, it’s important that you shop around for the best odds.

Although these types of bets can be very profitable, it’s important that you make informed decisions when it comes to making a bet.

UFC bettors looking for a wide range of prop bets can find them in abundance on the following betting sites: 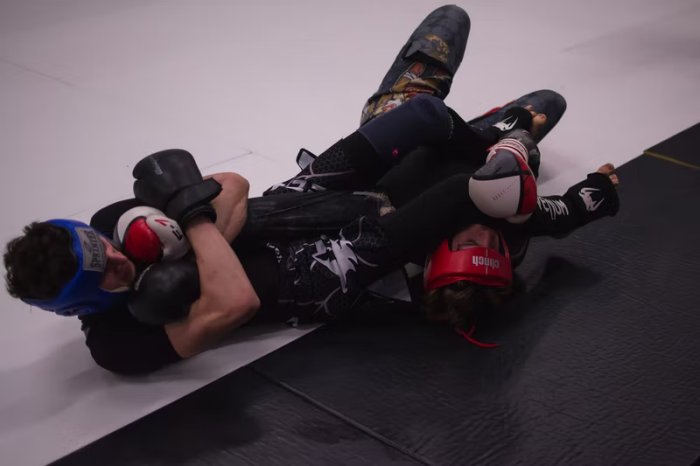 A total round bet is a type of bet that requires the gambler to pick the round that they think the fight will end in. For instance, if you think Nurmagomedov will beat McGregor in the fourth round, then you should bet on him.

One thing that’s important to know about professional MMA matches is that they’re incredibly fast-paced. This makes them unpredictable and violent, and these types of bets are just going to drain your bank account like a black hole.

If you’re already familiar with how to bet on professional MMA matches, then live betting can be very profitable. However, it’s important that you do your research before you start making predictions.

In-fight betting is very similar to the regular types of bets that you would find in a sportsbook. You can bet on various markets, such as Fight Results, Over/Under, and Method of Victory.

Before you start making bets on professional mixed martial arts matches, it’s important that you know where to place your bets. Some of the best online platforms that you can use for in-fight betting include DraftKings, BetMGM, and FanDuel.

In-fight betting is a risky bet. You’ll need to make several predictions to figure out which fighter will win the fight.

Unlike other types of bets, Future Champion requires a deep knowledge of the fighters and the market. This is why it’s important that people have the necessary skills to make informed predictions. 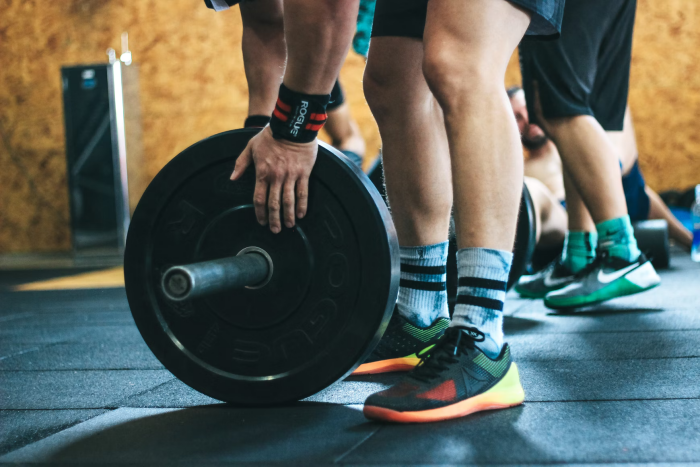 We’ve gathered some of the best tips and tricks to help you get started with in-fight betting.

One of the most critical factors that you should consider when it comes to making bets on professional mixed martial arts matches is knowing the fighters. This sport was created due to the desire of experienced competitors to prove that their style is the best.

Before you start making predictions, it’s important that you thoroughly analyze historical records to see which styles have produced the most successful fighters.

Watch Out For Southpaws

One of our favorite strategies to follow when it comes to making in-fight betting predictions is to watch out for Southpaws. These fighters usually stand with their left foot forward, which makes them incredibly powerful competitors.

Although it’s safe to bet on the favorites, it’s also important to consider the risks involved in making a bet on an underdog. This type of wager has its own set of risks and can make a huge impact on the outcome of the fight.

If you’re an American, then you’ll have plenty of options when it comes to placing bets on the upcoming UFC events. There are several mobile betting apps that allow users to place their bets from anywhere.

The two leading mobile apps for in-fight betting are 1xBet and Betway. Their apps are very user-friendly and provide an excellent gambling experience for US customers.

Other popular apps for in-fight betting are the William Hill and BetMGM. These two platforms allow users to easily access updated odds and match information.

Although PariMatch is one of the best in-fight betting apps, it’s not yet available in all states. There are other great apps that can help you place bets on the upcoming UFC events.

There are so many different strategies and predictions available for the upcoming UFC events that it can be hard to choose just one strategy.

Getting started with in-fight betting can be overwhelming for many people. In this guide, we’ll provide you with some of the best strategies that can help you make the most of your in-fight betting experience.

One of the most important factors that you should consider when it comes to making in-fight betting predictions is the fighter’s track record. If he or she is on a roll, then they’re likely to be able to continue winning.

One of the most successful fighters in the world is Khabib Nurmagomedov, who has a clear history of success. He trains hard and prepares for his fights in the most optimal environments. These are some of the traits that a fighter should exhibit in order to be successful in the sport.

Before you start making in-fight betting predictions, it’s important that you thoroughly research the fighters and the events that are happening in the UFC. Doing so will allow you to make informed decisions and avoid making a poor bet. 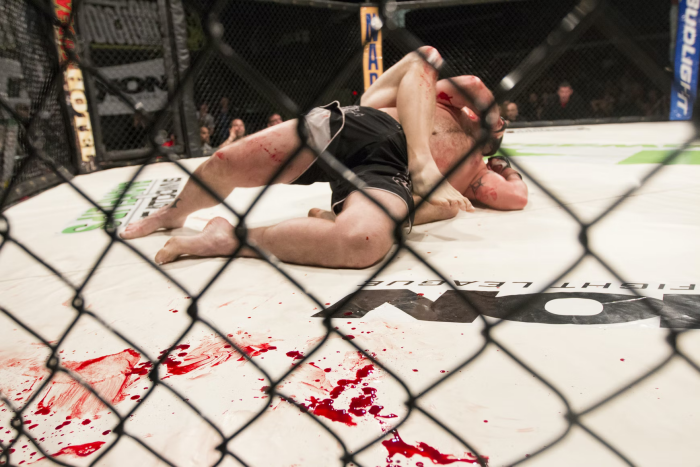 How Do You Bet On UFC?

Online sportsbooks are now widely available all over the world, allowing people to bet on the events that are happening in the UFC. They can provide their customers with a variety of betting options, including prop bets and totals.

Is Betting On UFC Legal?

Although sports betting is legal in most states, it’s not always the same in every province or state. Before you start placing bets on the UFC, make sure that the online sportsbook that you use is legal in your area.

Where Can I Bet On UFC?

There are various legal sportsbooks that are able to handle in-fight betting. In this guide, we’ll provide you with a list of the best sportsbooks to bet on the upcoming fights of the UFC.

What’s The Best App To Bet On UFC?

There are various apps that are available for users to place their bets on the upcoming fights. Some of these include 1xBet and Betway.

While MMA bouts are much more controlled now, there’s still something about watching two seasoned fighters battle it out in the cage. Having the necessary knowledge about the sport can help you make the most of your in-fight betting experience.

Before you start making in-fight betting predictions, you must find a betting site that suits your needs best. That’s where Betting Sites Ranking comes in; the site has ranked, reviewed, and recommended over 200 sportsbooks from over 100 countries to help you make smart bets and win real money. Whether you’re looking for expert insights or a diverse range of betting markets, Betting Sites Ranking has got you covered.

Whether you’re looking for betting sites in Australia, the States, or Europe, Betting Sites Ranking has got you covered. For starters, take a look at their recommended UFC betting sites and find one that suits your needs best today!