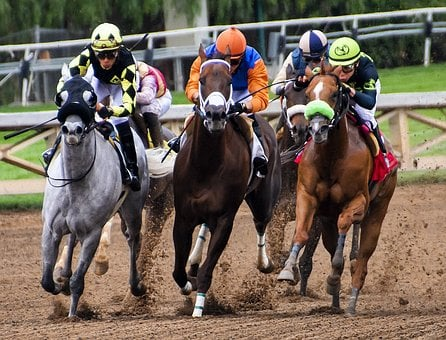 Do you have a knack for horse race betting or want to try your luck at it? Then there’s only one event that’s worthy of your time, money, and efforts – The Grand National. The Grand National is one of the world’s most spectacular and famous horse races that attracts fans worldwide.

Whether you’re a pro punter or someone new who just wants to try their luck with sports betting, horse racing can provide you with many interesting opportunities, especially the Grand National. Here’s everything you need to know about the event and the Ante-Post tips.

What is the Grand National?

A handicap race is one where each horse is given a weight that they must carry, based on their past performances. The weight consists of a jockey and the saddle itself. The better horses are given more weight, whereas the weaker ones are given less. The idea is for all the horses to finish around the same time.

With over 40 horses in the race who must jump 40 fences, there’s a lot that can happen. Some horses are fitter than others but have a heavier handicap. There are many factors to consider when placing a bet in horse racing. Some notary fences that decide the winning horse include the Becher’s Brook, The Chair, Valentine’s Brook, Canal Turn, and Foinavon.

When is the Grand National?

The Grand National is a three-day event that usually takes place from Thursday to Saturday in the second week of April. The location of the event is in the Aintree in Liverpool. The event hosts many other high-quality Grade 1 races on the first two days, including the Aintree Hurdle, Manifesto Novices’ Chase, Mildmay Novices’ Chase, and the Melling Chase, all before the Grand National itself.

The event has lately been starting at 5.15 PM (local time, BST) in the past few years to make watching the event easy for international viewership. It’s expected that more than 600 million people tend to the event from 140 different countries.

What Makes the Grand National so Popular?

One of the biggest reasons why the Grand National has become such a famous race to bet on is traditions. The first Grand National race was held in 1839, where those people came together who rarely or never bet on horse racing. The larger fields and long-distance made this betting sport more of a “lottery” ticket win for many since the horses could win with significant odds.

Initially, people chose the horse they wanted to bet on based on its color, name, or the jockey’s silks. While others took part in sweepstakes with friends or at work where each participant paid an entry fee, and a random horse was assigned to each to cheer on in the big race.

All these factors, combined with traditions and the drama of the racecourse, added to the event’s popularity, making it the biggest horse race event in the world. 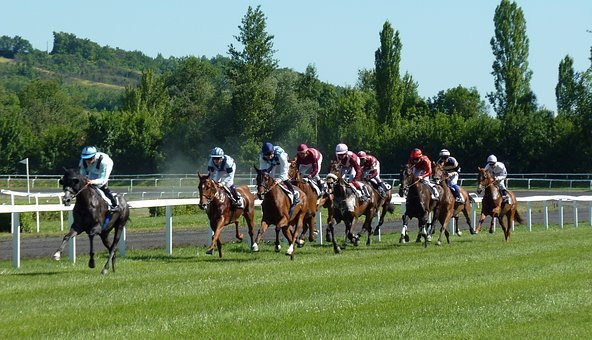 Due to the excitement of Rachael Blackmore’s historic achievement of becoming the first woman to ride the winning horse in the Grand Nationals, the performance of Minella Times was greatly overlooked. This horse ran an absolute stormer and landed in the 2021 Grand National odds. At no point during the final half-mile did any other horse come even remotely close to beating this eight-year-old to the line.

Coming April, Minella Times will only be nine years old, which is the prime age for most Grand National winners. You can surely expect more attention towards Minella Times in the coming years.

Even though Minella Times only carried 10st 3lb to the victory, this year, we can expect a hefty increase in the weights as he creates a deserving spot for the top contenders. But if Minella Times doesn’t make it for some reason, it’s a safe bet that there are plenty of worthy contenders to take the spot, such as Any Second Now.

This nine-year-old horse had put up quite a show in 2021 and finished third. Even though it was severely hampered early in the race, he might just be the one to finish amongst the top Grand National picks if he turns up again.

After Secret Reprieve’s insanely impressive victory in the Welsh national, he became quite a popular Grand National prediction and for the right reasons. Because he could only manage very low weights, he didn’t qualify for the 2021 line-up, along with the fact that he was only seven-year-old. No horse this young has ever won the Grand National since 1940. But now that he has worked his way up and become quite good at handling higher weights, he is becoming a popular choice for the Grand National 2022 tips.

If you want to know who the best players of the Grand National will be for betting, the National Hunt Challenge Cup held at Cheltenham can play quite a significant role. Galvin gave a mind-blowing performance by storming to the front and powering up the hill, which clarified that this seven-year-old horse was capable of exceptional performance for the Grand Nationals.

The horse to finish second to Galvin at the Cheltenham was Next Destination, who could be one of the main contenders for the Aintree glory. This nine-year-old horse was off the tracks for about two and a half years, during which he moved to Paul Nicholls’ yard from Willie Mullins. Even then, Next Destination put up several impressive performances throughout the winters.

What’ll be intriguing is to see if Next Destination can build on the promises he made and become one of the leads for the 2022 Aintree tips.

While we have many new additions expected this year for the Grand National, it would be interesting to see if Tiger Rolls makes a comeback for the last tilt at the race. Tiger Rolls was able to earn immortality by becoming the first dual winner ever since the Red Rum. However, he was sadly robbed of the chance to turn it into three consecutive wins in 2021 due to his owner’s hissy fit overweights.

Now that Tiger Rolls is 12 years old, if he is able to make a comeback and win this year, we can surely expect the house to come down as he’ll be going against all odds.

When Cloth Cap entered the Grand Nationals in 2021, he had everything in his favor and put up quite a good show until he suddenly stopped on the second circuit. Hopefully, he can be quite a contender if this is sorted out due to his impressive past track record. But the question remains, will the fear of him stopping suddenly prevent people from betting on him? 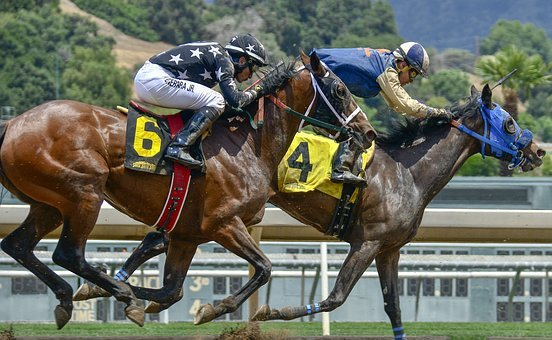 Among the three Irish horses who trailed home in the wake of Rachael Blackmore and Minella Times are deserving of the 2022 Grand National outsider tips. One of these horses includes Balko Des Flos, who finished as a runner-up despite being the longest priced of the 10 Irish horses. Since he has excelled at the Aintree once, we can surely expect him to attract a fair share of the Grand National tips if he returns this year.

The horse who was two places behind Balko was Burrows Saint in 2021. He was the winner of the 2019 Irish Grand National, a victory that was the last one for Ruby Walsh’s before he retired. This attracted many Grand National predictions to his side for the Aintree. Because of Burrows Saint’s mighty performance, he can be a tough challenge for Minella Times. If he is given a more conservative ride, we can expect him to see the full trip this year.

The horse that Burrows Saint beat home by a mere two lengths was Farclas. Farclas put up quite a performance, packed with huge moments for a horse that was just seven years old. That was Farclas’s first run that extended for more than three miles, but the way he pushed showed that he was in it to finish the distance. Even though it’ll be fascinating to see how Farclas performs in the winter, not finding him in grey’s final destination will be quite disappointing for Aintree.

Another horse who deserves his share of outside tips for the 2022 Grand Nationals at massive odds has to be Freewheelin Dylan. Even though he was a mere nine-year-old, he pulled off quite an extraordinary victory in the Irish Grand National of 2021. He was trained by Dermont McLoughlin and went off for a 150/1 shot at the Fairyhouse. While other horses turned around when they were swamped with a huge bunch of challenges, Freewheelin Dylan stayed put, which came off as quite an enormous shock. If he is able to do the same at the Grand National, there’s nothing that can stop him from becoming a massive part of Grand National odds. 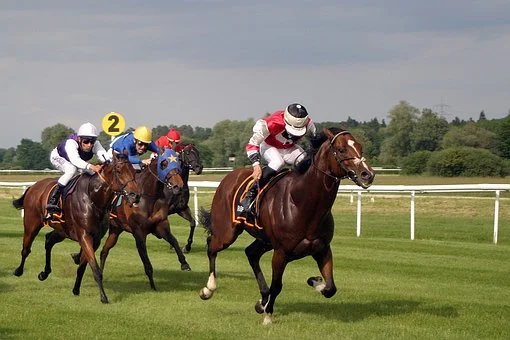 The Grand National brings many interesting betting opportunities for its fans worldwide. The Grand National offers a reward of £1,000,000, making it the most valuable jump race in Europe. With such a big incentive on the line, every jockey and horse wants to make it to the finish line first, making this sport even more volatile and unpredictable. The odds and predictions will constantly change as the game comes closer and the situation progresses.

Apart from knowing your horses, it’s also essential to get familiar with specific horse racing terminologies that can help you progress in the betting market. It can get quite confusing without adequate knowledge if you’re a new bettor. Once you know the key phrases, it’s time to know the betting market.

The horse racing betting market is vast. Since Grand National is one of the biggest and most famous horse racing events, you can find a wide array of bets with bookmakers. Many bookmakers offer free bets deals that can be scarce, but they can come in quite handy if you grab them at the right time. Some famous bets apart from the winner of the event can be:

These are just some of the “popular” bets in the horse racing market. You can also find any exclusive bets that some bookmakers offer to their users that others don’t. To find the best bets, it’s essential to find the best bookmakers. 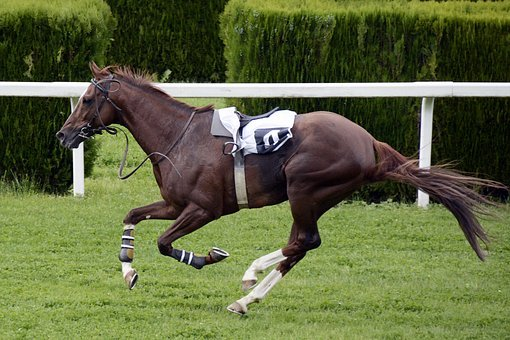 As the event comes closer, there’ll be tons of sites claiming to offer the most reliable predictions ever. However, keep in mind that most of these are bogus sites that are only there to scam you for the money. When it comes to sports betting, only count on reliable and notable betting sites that you can vouch for.

Since the Grand National attracts thousands of bettors every year, some are new while others are experienced. Navigating your way through the bogus sites as an amateur can be tricky unless you have someone to guide you, such as Betting Sites Ranking.

Betting Site Ranking is an online website that provides a detailed review of betting sites from around the world. With the help of industry experts, help their users find the truth about betting sites to ensure their money is in safe hands. Apart from reviews, they also offer reliable tips and predictions for many major events, including NBA picks and parlays, DRF expert picks, AFL spreads, UEFA spreads, and much more.

Find out the best betting sites for the Grand National by visiting their website.