Betting On the Rugby World Cup 2023: Tips, Tricks, and Strategies

Every four years, the world’s leading Rugby nations gather to battle for glory at the Rugby World Cup. One of the sporting world’s most prestigious tournaments, the world cup is a captivating blend of excitement and anticipation. Millions of Rugby fans worldwide tune in to watch the action unfold.

Following the dramatic win of South Africa in the 2019 Rugby World Cup, the 10th men’s Rugby World Cup tournament is all set to take place in 2023 from September 8th to October 21st in France. The tournament will feature twenty of the top-ranked Rugby nations. This is the second time France will be hosting the prestigious tournament after 2007.

Initially, the twenty teams will be split into four groups of five, with each team playing once against the four other teams. The top two teams for each group will qualify and compete in the quarter-finals. In the end, two teams will compete for the Webb-Ellis trophy at the Rugby World Cup final that will be held at the Stade de France stadium in Paris.

The esteemed tournament will be one of the most highly anticipated tournaments in 2023. It will not only have the attention of fans all around the world but also be a primary focus of online sports bettors.

To get straight to the point, betting on Rugby matches is fun. There’s no denying how exciting it can be to win your wagers on the most anticipated matches of one of the greatest tournaments of the sports world. But to make successful bets and win big on your wagers, online gamblers need to know about the sport’s history and need a few tips and tricks to get started.

This post will discuss the history of the sport and help gamblers navigate the world of Rugby gambling.

The History of the Rugby World Cup Tournament

The idea of a worldwide Rugby World Cup was first born in the 1950s, but attempts to bring it to life didn’t succeed until the 1980s. Eventually, in 1985, the eight members of the International Rugby Football Board, including Australia, New Zealand, South Africa, France, England, Scotland, Ireland, and Wales, met in Paris to discuss the possibility of a Rugby World Cup.

The first Rugby World Cup Tournament proved to be such a success that the organizers sanctioned another one four years later, and the rest is history. What began with sixteen teams eventually reached a total of twenty teams in 1999. The winner is awarded the Webb-Ellis trophy, which is made of silver, stands 38cm high, and features scroll handles showing a satyr and a nymph.

The International Rugby Football Board was replaced by the members of the World Rugby council, and they are the ones who choose the host every four years. According to organizers, the Rugby World Cup Tournament is the third-largest sporting event globally, only behind the likes of the FIFA World Cup and the Olympics. 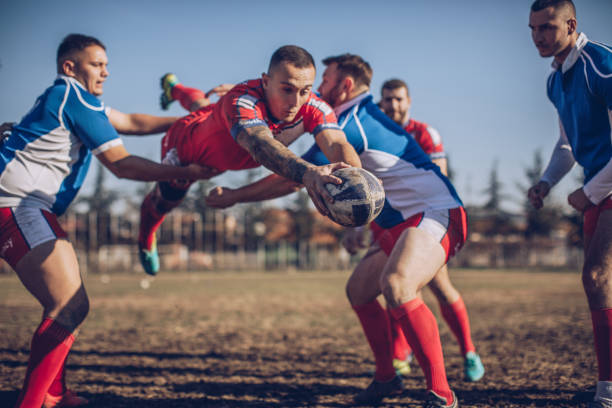 Since this tournament started, the journey has been a roller-coaster of emotions, with fans celebrating every win and feeling every loss played by their favorite teams. Here are some of the most memorable moments from the World Cup over the years.

Sir John played an integral role in New Zealand’s win in the Rugby World Cup’s debut game in 1987. The superstar went on to defeat a labyrinth of players and score the most memorable tries of any world cup. With his efforts, the all-black superstars delivered a painful defeat to Italy with a final score of seventy to six.

Before 1991, the Welsh may not have known about the treasures of this tiny island nation. Western Samoa, which lies between Hawaii and Australia, introduced itself in a way teams and fans will never forget.

The match between Samoa and Cardiff took place in the pool stage, with the Polynesian team surprising everyone with their unexpected victory. With a score of sixteen to thirteen, Western Samoa knocked out the hosts early on in the tournament.

In the 1995 Rugby World Cup, Jonah Lomu surprised onlookers as he turned the Bible Stories on its head. During a pileup in the match, the ball seemed to be lost to sight. The out of nowhere, it popped back in, was passed over to Lomu, who ran over the opposing team’s players to execute a successful try.

Lomu’s four scoring tries are the reason New Zealand made it to the finals. 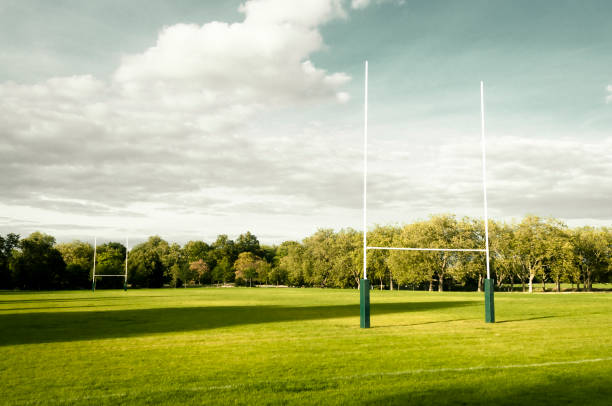 After long-standing problems, South Africa finally debuted in the Rugby World Cup Tournament in 1995. Not only were they participating that year, but they were also proud hosts of the tournament. South Africa even made it to the finals, where they faced off against mighty New Zealand and the massive Jonah Lomu.

Nevertheless, on June 24th, 1995, the team immortalized itself in history. South African player Joel Stransky turned the game around as he made the winning drop goal in overtime for his country. His actions and efforts carried his team to an emotional and highly-awaited victory.

The all-mighty champions of New Zealand thought the Semi-final match against France would be like a breeze. But they were surprised on the pitch. And the reason was French player Christian Christophe Domenici. The player teased and swerved his way around New Zealand’s defence.

While Jonah Lomu was there to keep the Kiwi’s hopes up, but his efforts were in vain, as France shocked the entire world by taking the victory and sending New Zealand home in mourning with a score of forty-three to thirty-one. 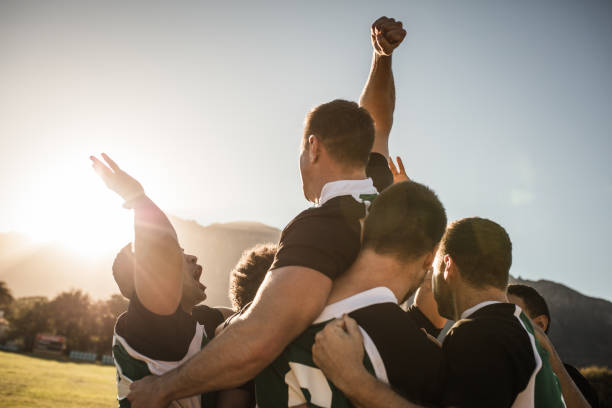 This was precisely the case when England faced Australia in the 2003 Rugby World Cup Tournament. There was a great deal of tension among team England until the very last moments of the match. Both teams were equal until the game’s final seconds when England’s Jonny Wilkinson used his weaker foot to score the winning drop goal.

This was the first time England took the cup home, with a score of twenty to seventeen.

Every rugby fan knows New Zealand’s pre-game war dance referred to as the Haka. But in 2011, they met their match in Tonga who has its pre-game ritual called Sipu Tau. As both teams performed in their black and red colors, the stadium was full of energy and excitement.

Although New Zealand was the first Rugby World Cup champion, they witnessed a long dry spell after that. Finally, in 2011, they defeated France to take the cup home with a close game.

South Africa were pretty confident as two-time world champions when they faced the Japanese Cherry Blossoms in 2015. But they were in for a nasty surprise. It is now one of the most famous victories in the history of the sport 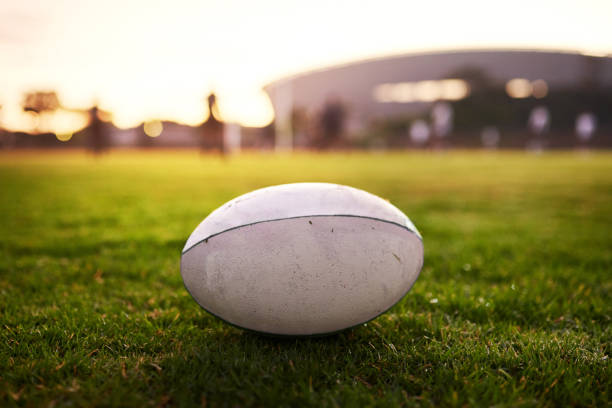 There are many different ways you can bet on the Rugby World Cup. There are options to bet on teams and individual players as well. There will also be plenty of betting opportunities for gamblers during the tournament.

According to speculators and fans, New Zealand is one of the tournament favorites. But teams like England, France, and South Africa won’t go down without a fight.

Tips and Strategies for the Upcoming Rugby World Cup 2023

Use History to Your Benefit

Only four teams have taken the cup home.

It’s important to keep past experiences and trends in mind while betting in the Rugby World Cup. These can give online gamblers insights into each team’s performance level and other details.

While there is no definitive way to predict the tournament’s winner, gamblers can consider team performances in other Rugby tournaments, presumably The Six Nations and The Rugby Championship. Examine these tournaments intently and take a close look at details. You can adjust your strategy by looking at these games and performances.

Read news articles, compare statistics, and watch previous and current games. Never place your bets without engaging in the tournament, even if you have to watch replays numerous times. 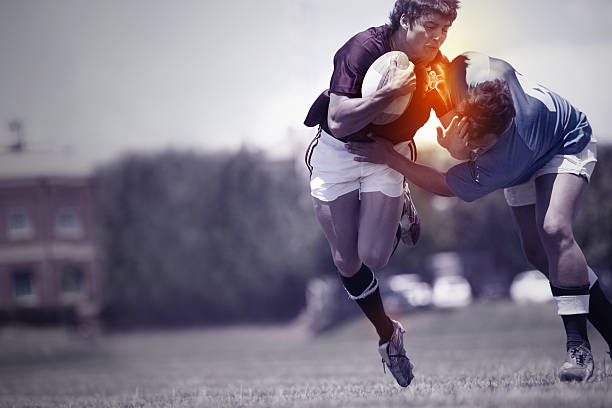 While there are many ways you can bet on the Rugby World Cup, it’s best to know enough before choosing one strategy. Some popular ways to bet on Rugby matches include:

In this, the most common option is the total points scored.

The best way to predict the future is to look at the past. Here are some must-know Rugby facts and trends for gamblers before placing their wagers. 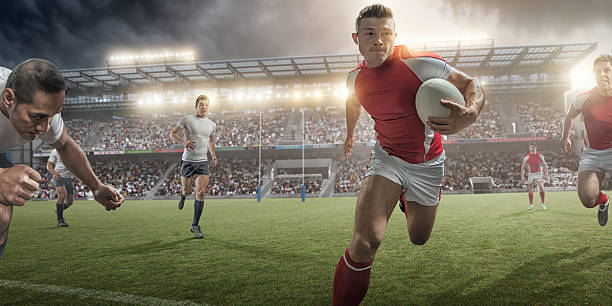 As mentioned above, history counts in the Rugby World Cup. The tournament has never been won by an outsider or a non-traditional Rugby playing country.

It’s a sport that is generally played within the British Commonwealth. So, it makes sense that the countries playing the longest have better chances of winning. It’s a tournament that is generally won by the favorite, so if the sportsbooks say it’s time for New Zealand, then you should take it seriously.

If you’re ready to place your bets on the Rugby World Cup Tournament in 2023, there’s no better platform than Betting Sites Ranking for all the best and credible gambling resources.

We are an online gambling portal that serves sports bettors by helping them find the top betting sites in their country. We also provide betting tips and help novice bettors learn how to bet.

On our betting website, you can find reviews and comparisons of the most popular betting sites worldwide. You can also find highly informative blogs about online gambling trends and strategies. These resources are guaranteed to help you make smart betting decisions and win big right from the comfort of your home!

Check out the top daily bets for the latest sporting events going on right now.